YES, THAT’S A COUPLES TATTOO– NO, WE’RE NOT TOGETHER.

If you’re a fool like me, then chances are that you fall in love easily. Don’t get me wrong, you are certainly not a fool for falling in love– at least not in the opinion of a sappy romantic– but more so because you are incredibly impulsive. We are talking next level stuff. Spontaneity can be a beautiful thing. Unless it leaves a permanent mark on your body. I am a victim to couple’s tattoos. Just one major piece, really, but it hasn’t stopped me from having the slight urge to get another one. If you like someone, then you are probably better off just putting a ring on it, as Beyonce would say. I might be overdramatizing things a bit.

Truthfully, I don’t regret my lovers’ ink all that much. For one, it was a quality tattoo from a now almost famous artist. Secondly, it wasn’t like I got my ex’s name tattooed on me– it was a spoon. I thought it was cute, like “big spoon and little spoon.” She was taller. I’ll let you guess which spoon I was.

The problem with having a couple’s tattoo came when I met my current partner. I could change the meaning and story behind my black and grey spoon piece all I wanted in passing conversation, but I just couldn’t lie to her. For over a year and a half she had to glare at this constant reminder. It doesn’t take a genius to imagine the sort of damper that could put on life in the bedroom. The location wasn’t easily covered up without a long sleeve shirt (it was on my tricep), so we both just had to pretend it wasn’t there. After a while things like that begin to build up. Staring at past memories only creates the wildest scenarios in your head, which is understandably why she asked me to get it covered up. At first I was really reluctant. It wasn’t because I wanted it there. I actually hated the spoon by this point. It was primarily because I didn’t know what I could possibly put in place of it that would not only look great but would reflect my life in some way and hold a strong meaning. We were talking prime real estate, and if I hadn’t been so reckless about it before, then the final decision might not have taken so long for me to get.

I eventually had a tattoo epiphany while listening to my favorite band one afternoon. A song from Brand New’s second album, Deja Entendu, came on while I was doing something somewhere. I had always wanted to get the astronaut cover art tattooed on me to pay tribute to a band that changed my life. It finally clicked, and I made an appointment the next day with my good pal and amazing artist, Lacie Greer, at Fountain City Tattoo.

It’s been over a year since the piece was completed, and my relationship has experienced a wealth of positive difference ever since. My partner is happy, my ink is badass and dear to my heart, and I no longer have to explain to random people on the street why there was a spoon on my arm, that it was a couple’s tattoo, and that we’re no longer together. 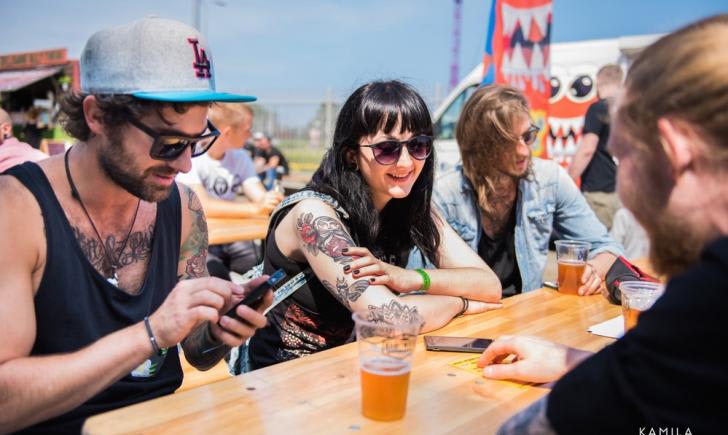