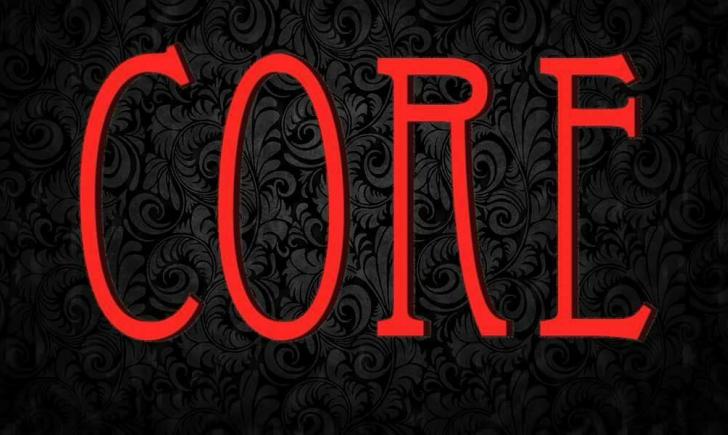 Metal fans get ready to have your bones rattle and ears blasted with some Metal. Meet CORE: Christopher Bailey – Rhythm guitar/ lead vocals, Shawn Wells – Drums, Jerry Hatfield II – Bass guitar/ backup vocals and Triston Russell – Lead guitar.  I took a listen to the album “Coup De Gras” available on iTunes and gave it 5 out of 5 Horns Up.  Not only did I get to take a listen and form my opinion I had a chance to ask the band about the music, the lyrics, and all things Core.

Take a read, take a listen, then scoop up your copy.

Mischievous Mel (MM): The lyrics are in your face, edgy, and have not just a political view but in my opinion a view of our society as it is currently. That said, who wrote the lyrics?  And what provoked the lyrics that not only made the listener want to rock and move and aggressively take part in the world but also made us think?

Christopher:  I’m the guilty party. Fury, sorrow, hope, and truth provoked most, if not all the lyrics.  I’m hopeful that one day Peace will be added and reign over the list, but such a noble state of being cannot be forced. There are many rushes of emotion & experience that blend, twist, conflict and compel my daily thoughts. For better and/or worse, inner conflict based on outer stimuli inspires me to write.

To express. To unleash. To hide underneath of.

To inhale suffocation and exhale liberation.

I’ve found there’s an obscene, consuming concern that manifests itself when one witnesses mankind struggling to exist under the oppression of murderers, rapists, thieves, liars, and pedophiles. I understand it’s ugly and uncomfortable business, mentioning or being reminded of such things. But all the same, I believe writing & performing music is too valuable a platform to waste on elevating trivial bullshit or encouraging ego-centric ignorance.

MM: Who is Core as a band? Not just who you are and what you play but what is the dynamics that keep you together as a band? And, how, as who you are, shaped your musical sound and lyrics?

Jerry: Simply put, we’re Core!  The four of us all share our strong beliefs in family, patriotism, and our faith in God and those same principles help to make us more than just a band.  We’re family and friends.  We’re there for each other as best we can be; we celebrate together when one of us has a blessing, we mourn with each other in times of distress. Core isn’t just our band, it’s not what we do, it’s who we are.  We are each at the core of each other’s lives, and our beliefs, faith, morals… they’re the core of each of us, from our faith in God to our unquestionable love of our country.  Good or bad, we accept it all and make the best of it! We don’t like to put a label on us as far as what genre of rock we are, we just say we are a rock band period. The 4 of us like many genres in the rock category and we put them into our songs, one song could be a heavy metal/ hard rock type song the next a blues type song to progressive.

The inspiration for our songs when we are writing comes from all of us, either from a drum beat Shawn Wells has come up with, to a riff Chris Bailey or Triston Russell has thought of… to a bass line Jerry Hatfield II has brought to the table… We are all involved in the songwriting process. We want people to feel not only thru the lyrics but the music as well what we are feeling.

MM: For me, it is hard to choose what song I like best. But 3 of my favorites are 21st Century American, Powers That Be, & Sufferer’s Covenant. Can you tell me about those songs from your point of view?

Shawn: Sufferer’s Covenant is about when you’re caught up feeling that nothing is going right, or can go right. That anything you do is simply wrong. We’ve all had stretches of time where it feels senseless to even try, this year included. Often, it comes in the form of a relationship gone bad, while you’re struggling to find who you are and what your place is.

Chris: I intended this song as a tribute of sorts. As a memorial to experiencing an existence that’s suffering an imbalance, though its gift of consciousness is still much appreciated. It’s a morbid notion I know, but I’ve wondered if suffering itself isn’t somehow… occasionally necessary? And maybe even eventually beneficial?

Suffering demands attention, it focuses our respect and humbles all the highest, and does this without negotiations. It provokes the unaware into becoming aware.  The neglectful into becoming mindful. I don’t know… Suffering, even in all its unbearable glory, sharpens compassion by removing our self-concern of ego. Humility is the crafter of our character.

Ah, and the Covenant part? Hmm… The most surely-kept promises in life are the ones only known by you.  When you close your eyes, it isn’t darkness you’re seeing. It’s the vacancy of space.

Shawn: Powers That Be is about how the media controls everything we see.  After we took a break from rehearsing one day, we switched on the tv and the news was on. Well, there was a story about Lindsay Lohan and her troubles. Underneath it though, in tiny letters scrolling across a band at the bottom of the screen, was a story about American soldiers who had just been killed in Iraq with IED’s. That enraged me, it angered all of us. These self-important celebrities should have no place on the news or be mentioned in the same breath as stories of our fallen soldiers. Their sacrifice for our country should have been priority, not some stupid-ass, distracting story on Lindsay Lohan. After we’d seen that, we were led to write Powers That Be.

Chris: It’s painful seeing our country torn apart. Exceedingly unbearable, as a matter fact. We treated Powers That Be as a notice directed towards the evil ruling so many parts of the world. These “false stewards of authority”, as they are referred to have caused so much bloodshed, destruction and pain throughout the generations that I became compelled to address them.

The corporately-funded media is the mouthpiece of the Beast. And this Beast, We whole-heartedly despise. A lie becomes truth by being fully revealed. The ‘Beast Media’s’ propaganda tactics are based on lies and misdirection. So, we are just trying to direct light onto their charade, to speed the revealing of truth.

21st Century American takes an updated snapshot of what living in the mountains of West Virginia is like in these times.  With an ever-rising crime rate, epidemic levels of prescription pill abuse, and the obsession with social media, it’s difficult to exist peacefully.  Lately, there are many trophies being awarded to the offended on account of their preoccupation with material things.  With American interest being persuaded away into statues, flags & words, however, I take offense. Not because they’re meaningless, but because they mean less in proportion to more pressing matters.

Loving our fellow man isn’t politically or socially expedient enough for most folks, so it’s tossed aside and priorities become misplaced. This is partially why I ask everyone to excuse the extent of my discontent during the song.

MM: If you had to tell someone about your sound how would you as the band describe the sound?

Core: Our sound comes together from many inspirations, Shawn spent his beginning days developing his own style but he shows his utmost respect to his influences such as Lars Ulrich, Vinnie Paul, Mike Portnoy, just to name a few. Triston having his own style also shows heavy respect through his playing to Slash, and Chris shows respect to his many influences… Kurt Cobain, Eddie Vetter, Chris Cornell to name a few. We have spent our lives, each of us, learning to play the way we each play using our favorite artists as guides, striving and working to be as good or great as those that, in most cases, never even knew they were teaching us. We put all that together and it blends into its own unique ingredient, forming what we are, how we sound, and WHO we are…  and who we are is CORE, and our sound is just an extension of that, it’s just who we are.

MM: Do you have any fun behind the scenes stories that you want to share about recording and writing this album? If so feel free to share.

Core:  Shawn was in in the middle of the first take of recording the track The Holy Fallen and at one point Chris was trying to figure out how strong he wanted to come into the intro with his voice to match the accented intensity of what Shawn was doing with his drums just to see how it would sound.  Well, Shawn was taking a drink and he still had the headphones…. all of a sudden Chris belts out this massive scream, Shawn literally throws his water bottle behind him jumps about 20ft off his drum throne knocks over the overhead drum mic.  Shawn looks at Chris and says “Wooooow, that was loud I think I just peed a little”. 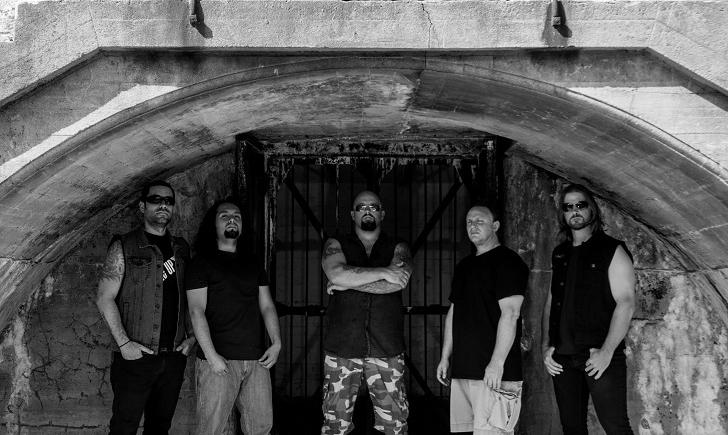 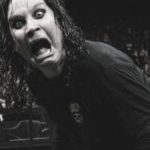