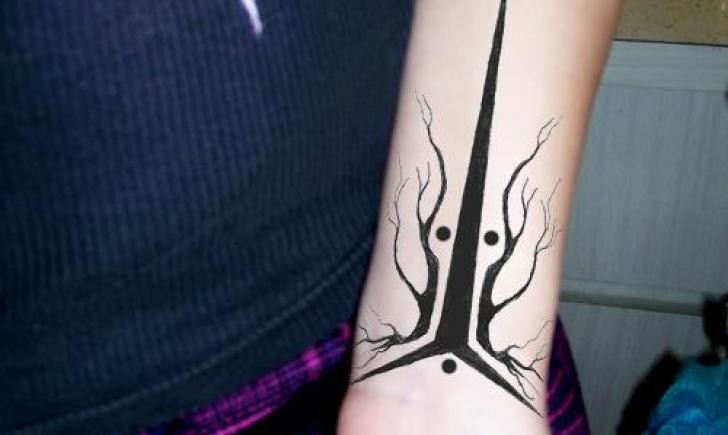 Have you noticed the increasing popularity of upside down wrist tattoos?

While some people and artists voice no concern in an upside down wrist tattoo, others are quite vocal.

They want to know why your design isn’t visible to them, and if there’s a valid reason you went against all the rules of tattoo art placement, which should be that the designs are visible to the public.

So what’s a gal or guy to do when his wrist tattoo is taboo? Break the rules if you must.

Many people wear wrist tattoos for a point of reference. So if you seek inspiration or words of encouragement, your wrist may be a prominent spot to place a tattoo design to wear a daily affirmation.

Because of this, reading it upside down would be like wearing your watch faced outside. You’ll be turning your head to see the design, like the public would if it’s upside to them.

The question is who is your tattoo for? If you want to see it, read it, and be inspired by it, then it should make sense to you. People may not like this. You should not care.

Now, on the flip side, a tattoo that has a very pleasing or detailed design will often look best facing the viewers. Why? Because if it takes up a large portion of your wrist and it’s not readable from an upside down stance, it can be a large distraction.

People will constantly bend and lurk to see the tattoo, and that’s really just sort of annoying. You may decide an outer facing wrist tattoo looks its best when selecting any common design such as Traditional Old School tattoos.

Last there are those wrist tattoos that can go either way, meaning upside down or right side up, they’ll always look good.

Examples of these tattoos include snakes, dragons, roses, and Koi fish, especially since the Koi fish is supposed to swim upstream, and a rose will ramble, so that makes sense too.

When considering an upside down wrist tattoo you venture into controversial waters. It’s important to analyze exactly why you want to see the design, and then of course why you want the public to.

Just as there are rules to “not touching tattoos” some people wear body art for themselves only and don’t like or care about the opinion of others.

If you’re still undecided about whether you should wear an upside down wrist tattoo or not, consider a few other styles instead.

Mandalas, geometric tattoos, dotwork, tribal patterns, and intricate henna inspired tattoos are so versatile they can be worn in any direction.

One careful thing to keep in mind is that some significant symbols have opposing meanings when worn facing the wrong direction. Viking rune tattoos are an excellent example of this.

So long as your tattoo can be placed upside down without altering the character’s meaning, you should have some flexibility in which to make a fact-based decision.

Your tattoo artist should always be willing to execute a design that follows your wishes, yet makes artistic sense. So go over your concerns openly and trust their feedback, unless it is merely based on mass opinion. If his only response is, “this is how people wear them”, maybe it’s time to remind yourself you are unique. That doesn’t mean you should rebel just because you can, it’s just that sometimes…you should.

Wear your upside down wrist tattoo with pride, especially if it’s too late to change it. Next time you can make even better decisions based on your research. 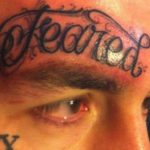 What the Industry is Saying about the...

i have two tattoos so far. my first one is band art on my forearm facing towards me. my artist was a little skeptical about my positioning but didnt actually voice his concerns. later on i got a larger tat on my other forearm and its positioning really could go either way its not very questionable but it is technically facing me i guess.
im wanting a hand tattoo but im seeing way too many hand tattoos facing outward and tbh it just doesnt makes sense to me. most of the designs run off the hand because of the positioning and it just looks funky. if i got the tat i want facing me i wouldnt really have a problem with it running off itd look pretty neat. but im just a little self conscious about it i guess. but i get tattoos for myself really. i love looking at my art.
that being said im not appose to getting tattoos facing outwards in places like my biceps or legs chest etc. those places make more sense to me.