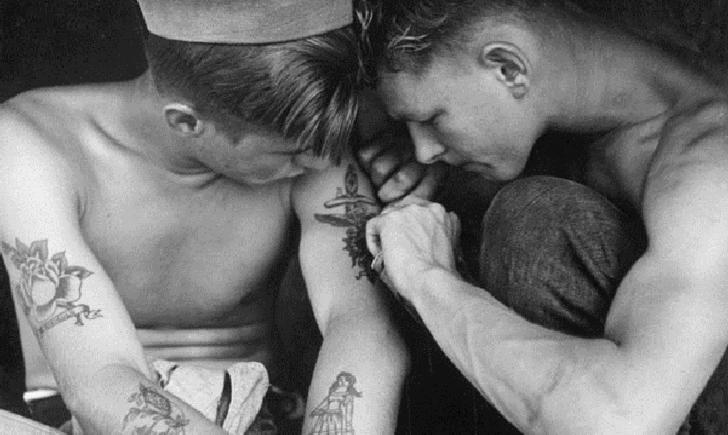 American Traditional tattoos are one of the major cornerstones of the tattoo industry. Just about everyone has seen a Traditional tattoo, whether they were able to recognize it as such or not. Getting their start in the 19th Century, this type of tattooing is still one of the most popular styles across the industry today.

When most people think of American Traditional tattoos, they tend to think of Sailor Jerry, born Norman Collins. Sailor Jerry has been named a legend in his own right, as he is one of the pioneering artists in the style of American Traditional tattoo. Having learned his craft directly from the Japanese masters, who still used the ancient hand-poke method, Sailor Jerry brought his new skill set back to the shores of the United States and modernized it with the help of the latest revolution in tattooing: the electric tattoo machine (Thank you, O’Reilly).

Sailor Jerry’s combination of personal flair, bold colors, and traditional Japanese imagery led to impressive developments in the tattoo subculture. Between his perfection of the technical utilization of the new tattoo machine and his personal determination to develop new ink pigments, Sailor Jerry cultivated the now ever-popular American Traditional style of tattooing, embedding his mark on the history of the tattoo industry forever.

When it came to Sailor Jerry, he tended to have a very specific clientele. Being that he tattooed mostly in Hawaii and, on occasion, Chicago during the period of the Second World War and the Vietnam War, he generally placed his designs upon the skin of sailors, soldiers, and the like. For this reason, many of his famous tattoo images held certain meanings. While American Traditional tattooing is still wildly popular in the industry today, it seems to have lost some of the historic meanings behind these iconic illustrations.

Whether you have a Traditional tattoo, or you’re merely interested in the history behind them (as I am, none of my ink is Traditional in style), here are some of the original meanings behind these epic tattoo imageries.

To a sailor, an anchor is their stability—the one secure object in their ever-changing lives on the sea. It was not uncommon to see sailors flock into the tattoo parlors while on shore leave, inking anchors upon their skin. Frequently, these anchors would display banners depicting the name of a loved one as a reminder of the one that kept them grounded in all of their turbulent waters.

The original meaning for a swallow being inked upon a sailor’s body was to celebrate that they had crossed over 5,000 miles of ocean. As these continued to appear on sailors across the world, they began to take on other meanings in their tattoo form. Swallows are famous for their incredible migration pattern, to which they always return home every year. They became a symbol of hope for a safe return to loved ones for many sailors during war times. Another belief that began to work its way into the tattoo culture was that swallows would carry a sailor’s soul to heaven if they died at sea. Needless to say, swallow tattoos became quite popular in a war-torn society.

During the rocky times of Sailor Jerry’s life, which saw both World War Two and the Vietnam War, many sailors and soldiers begged for shore leave or to be stationed on the stunning islands of Hawaii. For these constantly traveling warriors, the islands were a kind of paradise. Tattoos with Hawaiian themes—such as scenic images of islands and palm trees or beautiful Hula girls—became a physical representation of their island paradise.

While being enlisted changes a person’s life, being enlisted and deployed—especially during unsettling times of war—is an entirely different type of change. Being a member of the military, regardless of which branch, becomes a lifestyle instead of just another career path. Bonding between enlisted members becomes intense, as the ultimate safety of your life is in the hands of those around you. As tattooing became popular throughout these men (not being sexist: only men were allowed to enlist during these times), military themes became rampant. Whether they were showing camaraderie and bonding between platoons or they were showing dedication to a fallen brother, these themes symbolized the patriotic loyalty and devotion felt within these groups.

American Traditional snakes are generally shown coiled, not outstretched. This was because of their deeper meaning—that they were always ready to strike. Because of this concept, this “don’t mess with me” appearance, snakes became a popular choice for those headed off to war zones.

Facing long stints at sea, sailors would often opt to ink a heart upon their body as a way of keeping their loved ones with them despite the great distance. Often they would place the name of their latest beau or, in some cases, the word ‘MOM’ on a ribbon or banner encircling the bright red heart. Other times, the symbol of the heart was enough to keep their loved one in their thoughts.

A nautical star is a pictorial representation of the North Star, which has long been used by sailors as a navigational tool before modern equipment came to be. As the North Star was used for direction, a tattoo of this symbol would represent safe guidance home to sailors heading out on the water. 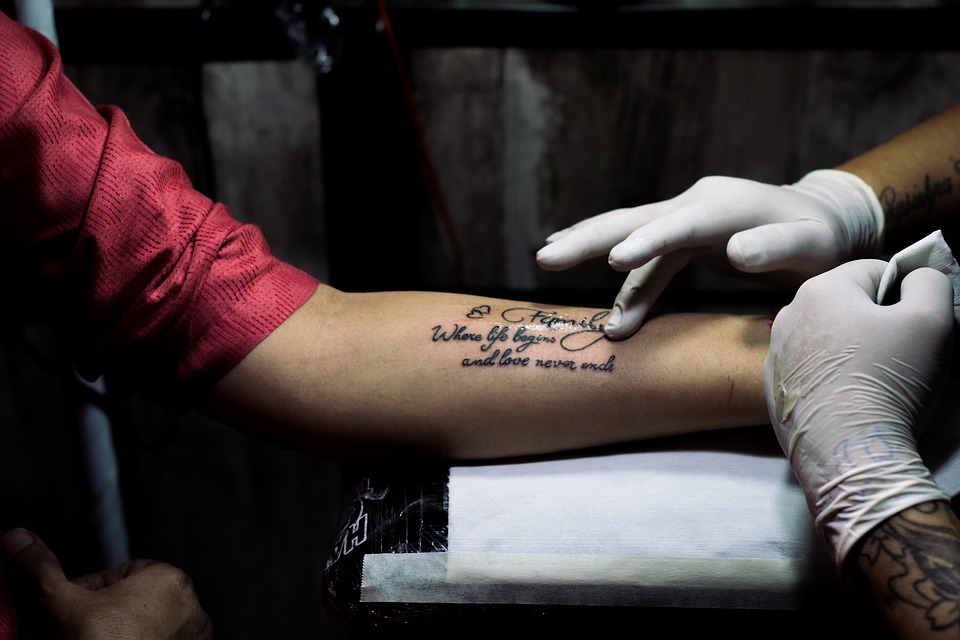 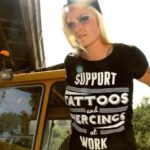