Here’s a cheetah print tattoo with a butterfly in the foreground.

What do you think about this rainbow colored cheetah print? Super fierce!

Black and gray cheetah print with the words “Wild & Free” is a beautiful tattoo idea for the ankle, especially with that organic shape that the pattern creates.

This hip tattoo looks like this woman was in a fight with another cheetah only to reveal the actual cheetah print underneath the skin.

A similar tattoo as the previous one, only this time, the print is in purple!

How cute is this cheetah heart charm with filigree, pearls, and a jewel? A wild yet elegant choice for a wrist tattoo!

A skull cameo is a great idea in itself, but is brought to another level with the purple cheetah print behind it.

Wild pink cheetah print on the shoulder climbing up towards the neck! The fierceness is spreading!

This teal and pink cheetah print bow is brought together by the sugar skull in the middle. 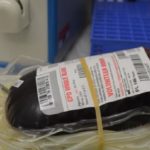