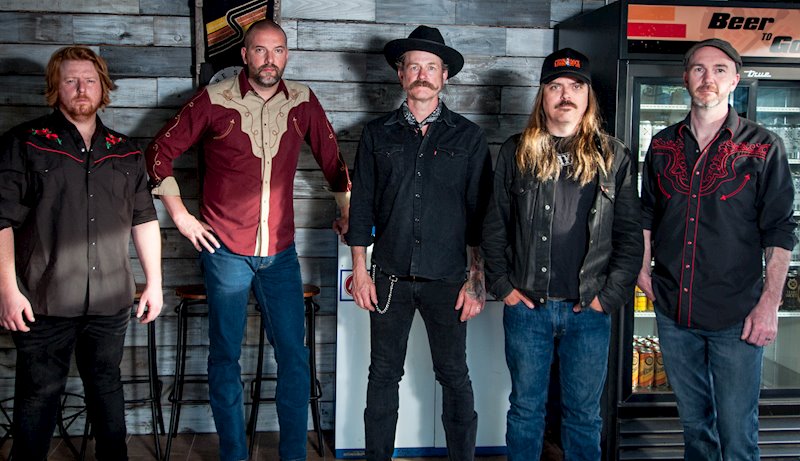 Talking about the album, The Divorcees share, “The story of The Divorcees has been one of never, ever taking the easy way out. And on this record, we most definitely did not. It’s called Drop of Blood for a reason. We pushed hard to make these songs what they are and we’re proud of what we’ve accomplished. This album truly represents who we are as a band – one that never settles for less, one that values authenticity, and one that will push as hard as it can to achieve its vision. Drop of Blood is a near-perfect take at what standing strong, despite impossible odds, looks like. After fifteen years in the music business, The Divorcees have learned how to persevere, no matter how tough things get. We’ve been there, done that. We’ve paid our dues, and this album tells that story.”

Their music has received rave reviews from media outlets, as well as twice being awarded Country Album of the Year by the East Coast Music Association.

Embracing 11-tracks, the album starts off with “Caledonia Mountain,” which opens on country-flavored guitars, shimmering with glistening accents, serving as a beautiful intro to the album.

Entry points include “Drinkin’ in the Afternoon” rolling out on creamy, undulating waves of guitars riding a crisp rhythmic pulse provided by a snapping snare and vibrating bassline. Layers of drawling guitars imbue the tune with supple, subtle textures. Rich, easy vocals give the song a laidback allure.

“Making the Scene” delivers a driving, chugging rhythm, propelling the tune along with dynamic energy. I love the luminous guitar inflections, adding to the infectious aura of the song. Whereas “The Other Side of the Blue” travels on bluesy, sleazy country colors as melancholic vocals infuse the lyrics with poignant hues.

The title track closes the album and may well be the best song on the album, emanating low-slung SoCal country-rock flavors reminiscent of The Eagle or Poco. Smooth and polished, with gentle evocative vocals, there’s a seductive tenderness to the harmonics.

On Drop of Blood, The Divorcees dish out tasty, charismatic Americana fused with country splashes, resulting in a superb album. 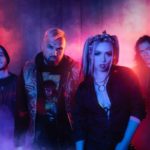