Home Culture Tattoos: Not Just for the Young
CultureTattoo Articles 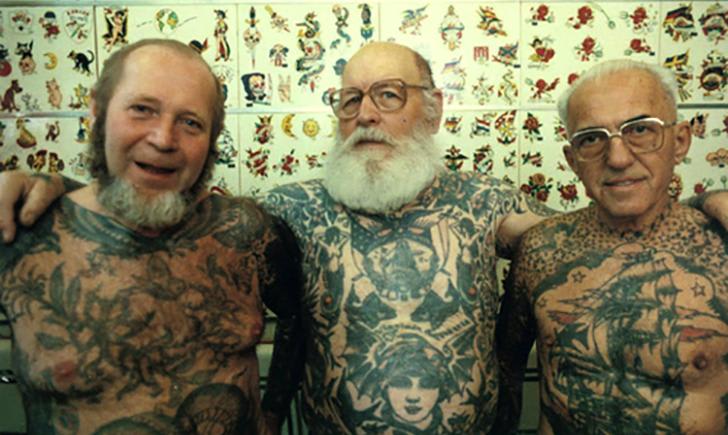 This week Dame Judi Dench made headlines, but not for any reason you might think. The freshly turned 81-year-old Dame appeared at a James Bond gala in honor of the Duke of Edinburgh’s 60th anniversary and shocked everyone with her newest accessory. It turns out that the woman who has portrayed more queens than most in movies and television was sporting a fresh bit of ink on her wrist.

Catching everyone by surprise, the famous English actress recently tattooed her life’s motto on her the inside of her wrist for her 81st birthday. The tattoo simply reads “Carpe Diem” in capital letters. The sophisticated ink was actually a birthday present from her daughter, actress Finty Williams. Of course, it shouldn’t have really been a surprise that Dame Dench would get her very own body art, as she’s teased getting a piece done in the past—most recently before her 80th.

But, Dame Judi Dench is not the only senior proudly displaying new body ink. In fact, over the years, the popularity of tattooing has begun shifting—with many more individuals getting inked later in life to celebrate monumental moments or just to shake things up a bit.

In today’s age of individuality, where it’s expected to no longer care about what people think of you, most of the stigma behind tattoos has dissipated; leaving senior citizens free to make their own choices, regardless of what the social ramifications would be.

For most seniors, their first tattoo is well thought out. Most find themselves honoring deaths, births, spouses, or an important moment in their lifespan—such as beating cancer or living this long with diabetes. It’s rare that this age group wakes up one day and decides to get a random piece of ink, although, I’m sure it does happen on occasion.

A quick look at today’s statistics will show that over 15% of baby boomers have a tattoo, with approximately 5% of those receiving their first piece of ink after the age of 60. While the younger generation is definitely beating these numbers, with 36% of 18-25 years old and 40% of 26-40-year-olds displaying some form of art, the baby boomers are not that far off—and they’re catching up quickly. So what does this say about the tattoo culture? Are we breaking the stigmas and stereotypes more each day? Are we cultivating new members of the inked ranks as we go? Have we become so culturally accepted that the senior citizens of the world are free to say, “Screw it, I’m getting tatted?”

I believe we’ve made headway. . . and there’s only more to come!