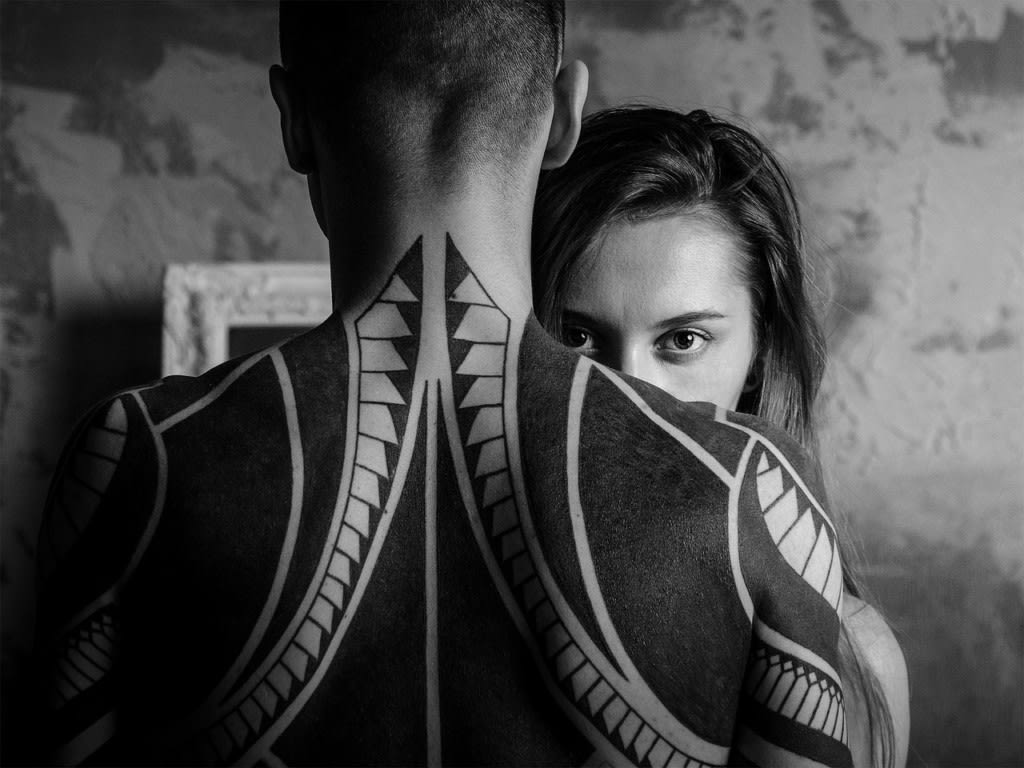 Women have been visually dominating the tattoo industry as of the last several decades.  Tattooed women are appearing in magazines, commercials, and printed advertisements. Female tattoo artists have become the newest fad on television, with shows like Tattoo Girls and LA Ink, and they’ve been taking over conventions and competitions across the world. Not to mention, there are more tattooed women than men in the United States of America, with 31% of women bearing ink versus the 27% of men that do, according to the Harris Research Poll of 2015.

But, women kicking butt and taking names in the body ink industry isn’t really a new thing. Believe it or not, women have long been front-runners in the practice—even from its early days. In Ancient Egypt, body art was mostly worn by the women of the era. To date, the mummies which have been uncovered with inked skin have all been female and date as far back as 400 BCE. It is believed that the geometric markings on their skin were to aid with the pain of childbirth, as a type of pain therapy. In addition to the rudimentary lines, dots, and shapes which had been etched into their thighs, stomachs, and other similar areas, crude depictions of the demi-god Bes have been found on women of a more questionable nature—such as harlots, concubines, and dancing women. Bes was believed to protect women and children and aid in the process of childbirth.
In the Thracian times, the Maenad women were making a name for themselves. Followers of Dionysus, they were referred to as “the raving ones.” These women were credited with many infamous murders throughout their era and known for the heavy ink upon their skin. Later in history, the women in Ancient Briton marked their bodies with a number of designs meant to symbolize life and encourage fertility.
Tattooing fell off in civilized societies for hundreds of years, although remaining in tribal cultures across the world. Many tribal cultures believed that tattooing was a rite of passage, and they tattooed women, as well as men, to ensure passage into the afterlife. Other tribal cultures believed women needed to be inked when they ‘matured.’ 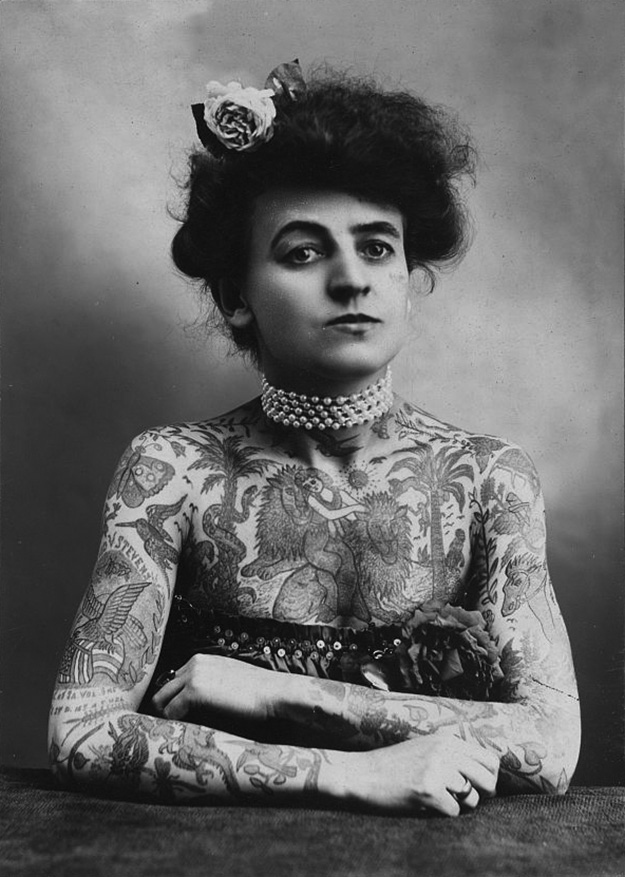 As tattooing returned to the civilized societies of the world, it was, once again, women who dove right into it. During the early days of reintroduction, tattooing seemed reserved for sailors and soldiers, making its way slowly into the criminal sect of the population. However, it was the upper-class Victorian women who really took to the art form with a passion. They adopted tattooing as a fashion accessory. Notable women, such as Queen Victoria and Winston Churchill’s mother, were said to be going under the needle.
Author Margot Mifflin discusses these Victorian ladies in her book, Bodies of Subversion: A Secret History of Women and Tattoos. “Upper-class women were making a feminist gesture,” explains Mifflin. “They were taking control of their bodies when they had little power elsewhere.”
In the late 1800s and early 1900s, tattooing became more and more popular for women. The list of famous tattooed women began to grow in leaps and bounds during this time period with women like Ethel Martin Vangi, known then as the most beautiful tattooed woman in the world, Trixie Richardson, and Mildred Hull taking the head of the roster. It was popular during this time period for heavily inked women to appear in circus shows, museums, and carnivals. Many began to transition from tattooed lady to tattoo artist during this time period—as the rise of the female tattoo artist began.

Today, tattooing is being used for feminist rally cries, to regain body positivity after mastectomies, and to take control of one’s body in a political climate which seems to pose a threat to women’s rights across the country. Despite the long-standing misconception that tattooing is a masculine practice the tattoo industry has had a loyal relationship with women for as long as it has been in practice.
Tattoos—Not Just for Men was last modified: December 8th, 2017 by Elisha Belden
0 comment
0
Facebook Twitter Google + Pinterest
Previous post
Next post