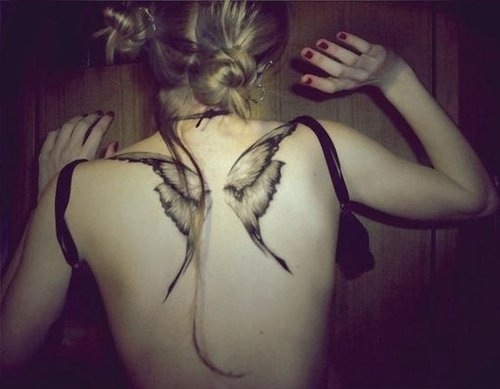 Tattoos that are more common with girls are more because of the uniqueness of the female form, and no female form is exactly the same, which gives even more possibility! Since girls are anatomically distinct with curves such as breasts and thighs, they are the usually the only ones who can sport sexy tattoos to accentuate those curves. Some placements for tattoos for girls are seen more than others such as the lower back and the ankle. Other choices involve more planning and pain, such as around the belly button or on the leg. There are also certain themes that are most common for girls like flowers and birds. Some girls will wear tattoos of cherubs and other angels representing chastity, love, and guidance. One really sexy place for girls to get tattoos is right above the lower belly. Not a great place to get a tattoo if the woman is planning on having children in the future, but if not, it looks great! Other places for girls to get tattoos would be the feet, arms, neck and the hip bone.

When a girl is considering getting a tattoo she should not only think about the pattern, size, and design of the tattoo but just as importantly, she should think about the placement and how it will look on her. Some tattoos for girls look nice on paper but may not look nice on her skin. Some of the coolest tattoos for girls help retain a bit of mystery by keeping it slightly concealed under one’s clothes as opposed to something overtly sexual. The choice is, of course, the wearers, and she may choose whatever expresses herself best! Here are just a few great ideas:

Fantasy Tattoos: These are tattoos that involve any kind of fantasy element or creatures. Popular ones are fairies (such as the one pictured here), mermaids, elves, and enchanted forests. Fantasy tattoos are more common with women because there is an element of femininity in this genre. There is also a sense of whimsey and wonder, which can echo a woman’s childhood dreams. Fantasy tattoos can be as small as a little fairy on the shoulder blade to a full back tattoo of an enchanted forest scene full of fantasy creatures.

Wing tattoos: These are popular among girls, especially on the back where wings would grow out of if one were a fairy or angel. Angel wings are very common, but butterfly and fairy wings are also very popular. This is more commonly seen on women because angels and fairies are typically seen as feminine beings, although there are some men who get angel wings since many of the angel archetypes have masculine names. Wing tattoos tend to be very realistic and beautiful. What girl doesn’t want to have wings?

Tribals are thought to be a mostly male tattoo because it is a strong and bold style that men usually get to accentuate their muscular assets. Tribals are great for women when strategically placed. Some women even get some different colors or other elements mixed in such as flowers. When looking to make a strong statement and an instant eye-catcher, a tribal is a good choice. Especially if the wearer is physically fit and toned!

The koi fish is a popular Asian theme for both men and women. The koi fish is a symbol of good luck and fortune, but the wearer may attach their own personal meaning to the koi, such as a passed loved one, future ambitions, or just like it because it’s so cool looking.

Floral tattoo designs are very feminine. The flower generally has the same types of curves and delicate feel that a woman’s body has. With beautiful lines and a feeling of strength along with vulnerability, the flower can symbolize many personal meanings for the wearer. The flower could mean a new start, letting go of the past, a memorial for a loved one, the birth of a child, or just used to accentuate the female form. Because there are so many flowers in the world, the type of flower chosen can represent the meaning as well. The most common use of this is the red rose to represent love.

Star tattoos are another element that can have many, many meanings. Stars can represent births, deaths, ambitions, dreams, you name it! Because the star can be any size, the shape can be arranged to fit nearly every body part. The arrangement shown in the picture is very sexy and sensual, but the star tattoo can be less tantalizing, maybe on the wrist or ankle.

These are just a few ideas for ideas for girl tattoos. Find what expresses you! 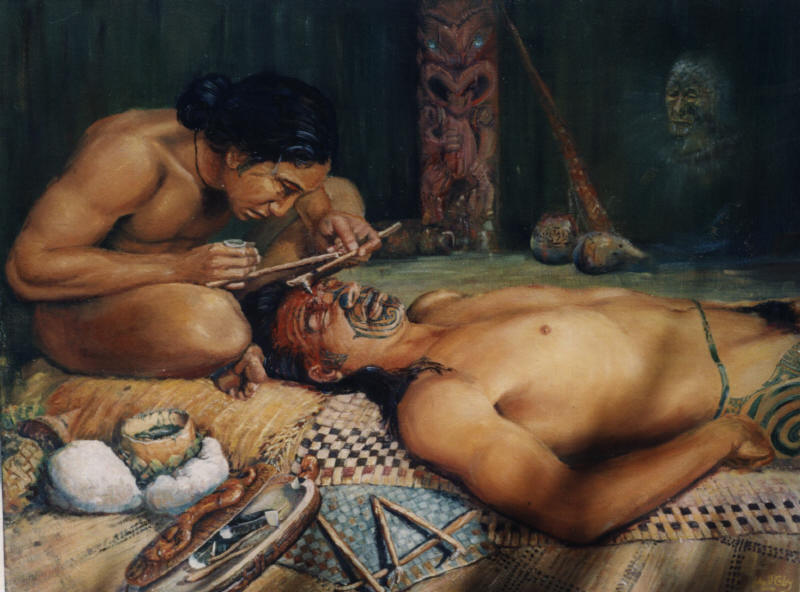 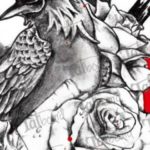