Do you have a tattoo? Do you love it? Chances are, you’re tattooed with a symbol, saying, or graphic that holds deep meaning to you. I would assume its something that jumped out of your imagination (or off the flash page) and really grabbed your attention, leading you to ink it upon your body forever. Most important, it’s something that you picked.

Let’s revisit that statement one more time, you know, for emphasis.

It’s something that you picked.

Now that we’ve really let that sink it, really focused on that concept, let’s think about the opposite. What if you were tattooed with something you didn’t pick…and by force? Barbaric, right? It’s absolutely ghastly to even think about it. But, that idea is an actual reality. There is an entire generation of people that were forced to don tattooed markings that they didn’t chose and definitely didn’t want. Markings that weren’t a decorative design or a cute little quote, but instead a series of numbers.

I would assume you’re well aware of exactly what The Holocaust was, but just in case, let’s do a quick rundown. According to the United States Holocaust Memorial Museum, “The Holocaust was the systematic, bureaucratic, state-sponsored persecution and murder of six million Jews by the Nazi regime and its collaborators.” In laymen’s terms? The Nazis believed that the Jewish community were inferior to their supreme race and deemed them a threat.

During this period, people of the Jewish community were rounded up and shipped off to concentration camps. One of the worst camps in their arsenal was the Auschwitz compound, which included Auschwitz I (the main camp), Auschwitz II (Auschwitz-Birkrnau), and Auschwitz III (Monowitz and the subcamps). In sheer numbers, the Auschwitz compound decimated the other camps in the quantity of people being driven through the gates, but they had another differentiating quality that set them apart from the other horrific camps ran by the Nazis regime: tattoos.

Camps were assigning numbers and stitching them on to the mandatory uniforms, but Auschwitz took it one step further. They were the only camp operated during the height of Nazi rule that utilized tattooed numbers to identify ‘prisoners.’ Why? They started this process because of one simple reason – efficiency. At first, they were stamping the numbers into prisoner’s chests that entered the infirmary or were scheduled for execution in order to keep up with their record keeping. It wasn’t long before they began having issue identifying bodies of prisoners that had died in other manners – such as from exhaustion or starvation out in the work camps. The clothing was always recycled immediately upon a prisoners death, so keeping track of who was who became pretty messy and quickly.

Due to their insane volume of prisoners being brought in, the numbers being tattooed were fairly long, and to save time, they invented a metal stamp – similar to the rubber ones utilized today at banks and stores. This metal stamp had rows of numbers, which rotated so that you could create whichever number was required, and each number was created with tiny needles. This was stamped into the upper left chest area and then indelible ink was smeared into the wound, creating a tattoo.

Eventually, the camp switched from this method to a simple one-needle process that tattooed a number onto the left forearm of the individual upon registration. Every new prisoner was required to be tattooed with a serial number with only a few exceptions – those who were deemed too unworthy or unfit for work and were immediately segregated and horded into the gas chambers, or those who were considered reeducation prisoners, which were non-Jewish people of all European descent which disobeyed German control or a ruling of some sort – although they did eventually retro-ink reeducation prisoners in 1942.

Today, you can still find some of these Holocaust tattoos in use, believe it or not. However, these days, they have an alternative motive. They are not to strip a person of their individuality, reducing them to a black series of numbers splashed across their body against their will. No, today, these tattooed numbers are worn with pride by family members or shown off to schools, libraries, and museums by survivors who are looking to ensure the tragedy never happens again. While these tattoos once represented one of the darkest, most horrific time periods in history, they are slowly but surely being reinvented to show the strength of human survival. 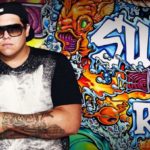