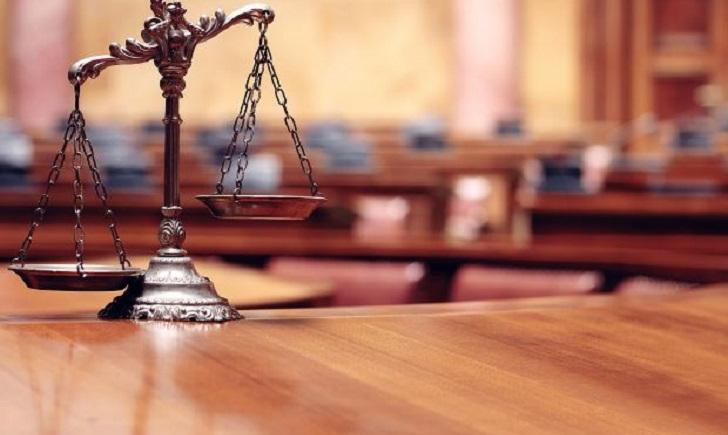 To someone facing a jury, they can be the difference between a fair trial and a biased jury.

With the rise of tattoo popularity, tattoos have continued to be a topic of controversy in many courtrooms.

Recently, back in October of 2016, an interesting case regarding tattoo law and culture in the courtroom was brought before a judge in Las Vegas. Bayzle Morgan was facing trial for allegedly murdering a 75-year-old in her home. Morgan, a 25-year-old White Supremacist, was facing the death penalty if convicted. The attorney representing Morgan placed a request before the judge asking that Morgan’s many tattoos be covered before each court appearance. The reason—? Morgan’s tattoos might negatively impact a jury. Now, to be clear, Morgan’s tattoos were of a negative nature and included the words “Baby Nazi” on his neck, “Skin Head” eyebrow ink, and “Most Wanted” across his forehead, among others.

In this case, the judge denied the request to cover the tattoos, citing the alleged murder did not appear to be racially motivated and thus the tattoos had no bearing on the case. While the judge in Morgan’s case didn’t see the tattoos as an influence, there have been previous cases in which the judge has favored in the other direction.

In 2009, a Pasco County, Florida judge ruled in favor of covering tattoos on a 23-year-old Neo-Nazi who was accused of breaking into a neighbor’s home and stabbing two individuals, one of which died. The defendant’s tattoos were deemed offensive enough to potentially sway a jury’s decision. In order to cover these tattoos each day prior to court, the state footed the bill for a make-up artist at $150 per day. Needless to say, this decision prompted a huge outcry from the public.

Tattoos have become a tricky ground to walk in the court system. Judges and lawyers across the country cannot seem to agree on whether or not tattoos should be allowed into evidence in several cases. Back in 1992, during Dawson v Delaware, a ruling passed down by the Supreme Court stated that the defendant’s rights were violated—the First and Fourteenth, to be exact—when the prosecuting state attorney submitted his tattoos (which were from the Aryan Brotherhood) into evidence. In this case, the murder he was being tried for wasn’t racially based and therefore the tattoos held no precedent in the case.

During Wood v State in 2009, an appeal was rejected by the Eleventh Court of Appeals in Texas. The court denied the defendant’s claim that the use of his tattoos violated his First Amendment rights. In this case, unlike the previous Dawson v Delaware case, Wood’s tattoos were being used to show a basis of character, not a gang affiliation. The appeal was denied and the conviction stood.

Yet another case appeal took place in 2004 inNew York. In this instance, the defendant was on trial for committing what was being declared a hate crime. Christopher Slavin was said to have enticed two Mexican laborers into entering an abandoned warehouse, in which he brutally murdered them. Slavin’s tattoos were used in a slideshow format as evidence revealed to the jury. Slides included up-close photographs of many of Slavin’s Nazi-themed tattoos, including black swastikas, a white fist, and a skinhead kicking a large-nosed man wearing a skullcap. Slavin was convicted and sentenced. At an appeals trial, his attorney argued that these tattoos swayed the jury and thus violated Slavin’s Fifth Amendment rights which prohibited him from self-incrimination. The highest court of the state of New York deemed this was inaccurate, as he did not actually testify against himself under compulsion. They referred to the tattoos as physical characteristics, not verbal testimony, and thus denied the appeal.

A more recent case took place in Kansas when Jeffrey Chapman’s attorney requested that a professional tattoo artist is requested access to the jail to remove or cover a tattoo inked across Chapman’s neck which displayed a mirror image of the word MURDER. Chapman, who was facing murder charges, was denied the request. His attorney continued to argue that the ink was extremely prejudicial to his case and could cause detrimental harm to his defense if the design was presented to or observed by the jury. The state’s response was to cite a state code which denied tattoo artists from practicing in any location not licensed by the state, such as the prison. Although the state denied access to a tattoo artist, an agreement was eventually reached between the prosecution and the defense in which Chapman was allowed to wear a turtleneck to court.

Tattoos are a personal expression. They show character, personality. They display a person’s inner thoughts, likes, and preferences. Regardless of what the tattoos depict, you can tell a lot about a person from their ink. So, should they or should they not be allowed to be used as evidence against a person? This is a controversy facing many courtrooms across America as of late and will continue to arise in the future. What do you think? Should they be admitted as evidence or is the ink upon a person’s skin sacred and should be off-limits?

Stand Up for What you Believe—Rather, Sit...