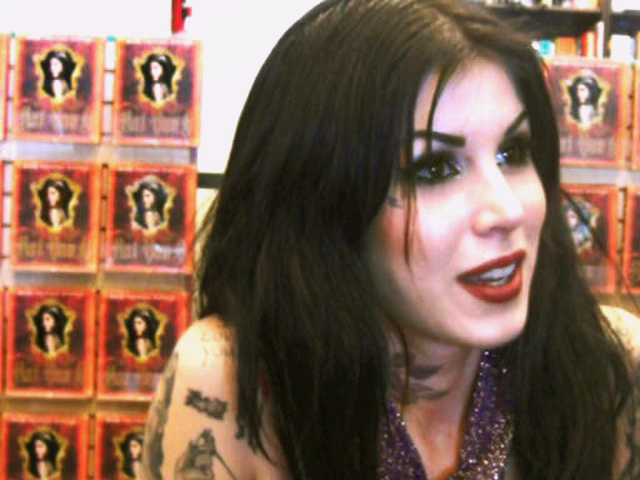 December 2007 Kat Von D set the record for most tattoos given in a 24 hour period. Her goal was to do 400 tattoos. All the money went to Vitamin Angels, one of Kat’s favorite charities that help save children from going blind. Kat Von D’s design was a LA logo she designed to pay homage to the city of Los Angles. In fact, LA Ink even televised her effort to make Guinness Book history.

Friday, June 13, Oliver Peck stepped up and broke Kat’s record with 415 tattoos in 24 hours. The most interesting thing about Oliver Peck breaking Kat’s record is that he is her ex-husband. Oliver has a habit of having his only little tattoo festival at Elm Street Tattoo in Dallas Texas every year on Friday the 13th where he will stay open for 24 hours just to tattoo the number 13 on people. This time he decided to go for the record. Nothing like a little friendly rivalry between ex’s.

The Guinness Book of World Records has strict criteria for tattoos given for their record books. Tattoos have to be at least 1.25 x 3 inches and have a minimum of two colors. Someone from Guinness Book has to be on hand to record each tattoo. It takes a lot of planning to break records and you don’t have to be Kat Von D famous to do it. However, if you aren’t a celebrity people don’t necessarily hear about your accomplishment outside of your local area. That doesn’t matter for the following artists. They made their mark in tattoo history, even if it was a brief mark, and accomplished some great things in the process.

Derek Kastning, from Rat-a-Tac-Tat Tattoo in Tyler Texas, set out to break Oliver’s record and succeeded. He was charged with the task of tattooing black and blue stars that were 3.25 x 3.25 inches, slightly larger than Kat’s LA logo. This was on October 28th 2008. A new record was set with 726 tattoos in 24 hours with all the proceeds (well over $15,500 by my calculations) going to the Humane Society.

On November 2nd, John McManus of Joker’s Tattoo in West Monroe set out to break the record set by Derek Kastning with the proceeds going to Toys for Tots, The Ouachita Humane Society and The Louisiana Cerebral Palsy Foundation. John also tattooed stars, this time they were 2 x 2 inches and came in either red and black or blue and black. The new record-775.

Speaking of friendly rivalry, Rat-a-Tac-Tat and Jokers are competing shops. Yes, there is rivalry between tattoo parlors. This is why, when I grabbed a pile of promo stickers on my way out of Tattooed Heart on my last visit, Markuss told me he better not find out I put them on windows or doors of other tattoo studios. I asked him, “”Do you really think I would do that?”” All he did was smile. Obviously Markuss knows me a little too well.

Enter Hollis Cantrell of Artistic Tattoo in Phoenix, Arizona. Hollis was setting up to break records when he got news that John McManus had set the new record. That didn’t faze him. He had two personal goals when he started his endeavor. The first was to break the records set by Kat Von D and Oliver peck. He told the press, “”Kat Von D is already a star, she already has her own show,”” he said. “”Why does she have to take everything? I want to jump in the middle of their little feud. I’m going to take one back for the little guy.”” The second was to make anyone wanting to break the record cringe.

Hollis secured sponsorship from Superior Tattoo Supplies, put the word out, and on Sunday, November 16 a new record was set at 801. Hollis even stopped 25 minutes early. His design was an AZ logo he knew would appeal to his regular customers. Once again the proceeds went to local charities.

For anyone that wants to set the 2008 record, you have a month and a half. Good luck with that.” 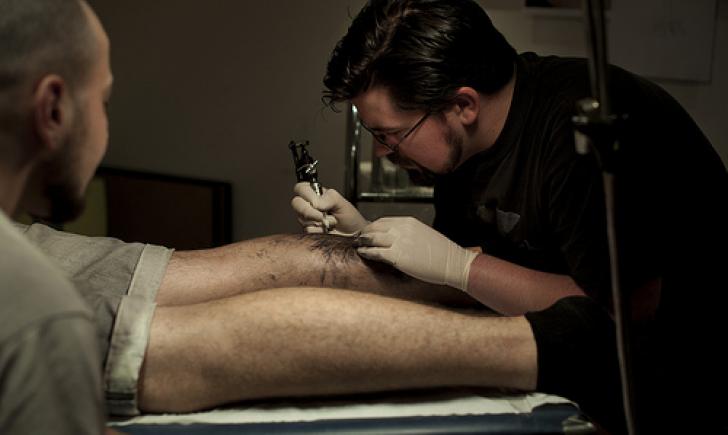 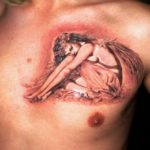