Home SYSTEM OF A DOWN TATTOOS

SYSTEM OF A DOWN TATTOOS

posted by Erica B
System of a Down just announced they’ll be heading to Europe in 2017 to kick off their summer tour. Their first show is scheduled on June 7 at Open Air Zenith in Nancy, France – great news for fans across the pond, but what about their U.S. fanbase?
The band shared a couple photos of a rehearsal recently, which triggered speculation as to whether they have some surprise performances up their sleeve. There’s also some chatter about new material from SOAD. According to Loudwire.com, Serj reported in an interview that the band is communicating back and forth a lot these days to see if they can bring their creative minds together for this purpose.  Whether anything will actually materialize remains to be seen. Until then, wake up, grab a brush put on a little make-up, or just grab some chop suey and check out a few SOAD fan tattoos. 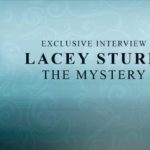