Creating a universe of his own through composing eclectic and otherworldly sounds that are bound to send listeners into a trance, Swiss Producer, Philipp Kessler, is back with a mesmerizing new single entitled, “Pulsar”. Slowly picking up the pace with a variety of instrumentals that blend together exquisitely, invigorating thoughts that send the mind on overdrive to a place of utter creativity stir within as “Pulsar” vibrates through your soul and implodes on any sour energy within. Bringing to life the visionary thoughts within his mystical mind, “Pulsar” sends listeners into a realm of contemplation while inspiring moments of deep solitude in which you come out clean, purified and restored. For nearly ten minutes long, the infinite gray mass that kicks your muse into high gear is visited with glee through the track and reveals a palette of colors within as the track comes to a profound instrumental close.

Ambient music is a tricky realm in which keeping in mind how the music sends listeners brains into alternative states is relevant to the creative process that is quite extensive and diverse. The genre leads listeners into profoundly abysmal realms of introspection while highlighting all of the details along with the emotional and mental patterning within. Doing it all on his own through mixing, mastering and creating each track that he puts out, Philipp serves as an example that Indie music is alive and well for those who are driven enough to give their passion their all. The atmosphere that the music and thought processes that Philipp Kessler provides will take you on a ride to the other side. If you’re a fan of Trip-Hop frontrunners, Massive Attack, then gift yourself with a listen or two of Philipp Kessler’s distinctive musical creations that are bound to make their mark throughout the states. 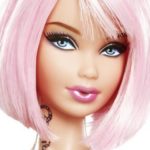