Tattooing – the art of making designs on a part of the body by inserting pigment into punctures in the skin – has been a part of human culture for as long as we can recall. No matter the country, the religion, or the society, evidence of tattooing has been uncovered throughout history at each and every turn. Although each civilization has had a unique approach to tattooing, utilizing different methods and designs, one thing can be said for sure: tattooing is deeply rooted in our past, present, and future.

We all have different reasons for decorating our bodies through the process of tattooing. For some, it speaks to their religion or belief systems. For others, it’s in remembrance of a person, place, or time – a memory. There are those who tattoo as self-expression: the creative personalities. And then, there’s the use of tattoos as fashion or style accessories and/or statements.

But, has it always been employed for these reasons? Before couture, before trending topics, before modern society as we know it…what was the reason for someone to tattoo? To answer that question, let’s take a look back in time to what historians are calling the first documented tattoo. It had long been thought that the Egyptians were the first to be captivated by the practice of tattooing the body. That is until the discovery of the ‘Iceman’ in 1991. Unearthed in the area surrounding the Italian-Austrian border, the legendary Iceman has been carbon dated to a miraculous 5,200 years of age – meaning, this tattoo-clad gentleman pre-dates Egyptian women by 1,500 years, who had been thought to be the first of the tattooed society.

While the Iceman’s age was of great historical significance, it was his tattoos that were of most interest to many archeologists and historians. The 61 tattoos covering his body were crafted by creating several deliberate incisions into the layers of skin, which were then rubbed with a charcoal substance. Unlike previously discovered tattoos, the Iceman’s were not artwork transferred to the body, but merely a series of lines and crosses clustered in small groups.  The placement of these groupings seemed to imply a direct purpose – and it was not for use as art, worship, or status symbols, as previously believed.

According to the Smithsonian, Professor Don Brothwell of the University of York, one of the many specialists who inspected the Iceman, the location of these tattoos coincided with areas of severe degeneration caused by physical strain. Their placement over his lower spine and right knee and ankle joints have caused specialists to believe they were solely intended for therapy.

Perhaps the most surprising breakthrough regarding these tattoos is the fact that their direct placement on the Iceman’s skin corresponds with many lines utilized in the ancient practice of acupuncture. This has led historians to reconsider the acupuncture timeline, as the Iceman pre-dates the previous acupuncture origin date by over 2,000 years.

The Iceman is helping to change modern society’s views on the beginning of tattooing. Instead of being purely for body decoration and enhancement, they are now thought to have been a therapeutic method of pain-relief. This concept has also helped to form a hypothesis on why only Egyptian women were the bearers of tattoos. If tattooing was an early form of pain management, then it is not all together unlikely that they were used to help reduce the anguish of childbirth during the Egyptian reign. Originally, the Egyptian women were thought to be dancing girls or harlots, but the discovery of the Iceman has shed new light on the early practice of inking the body, casting a revised opinion on this cultural phenomenon – both in history and present society.

The Smithsonian Magazine, Tattoos: the Ancient and Mysterious History, http://www.smithsonianmag.com/history/tattoos-144038580/

All photos courtesy of South Tyrol Museum of Archaeology 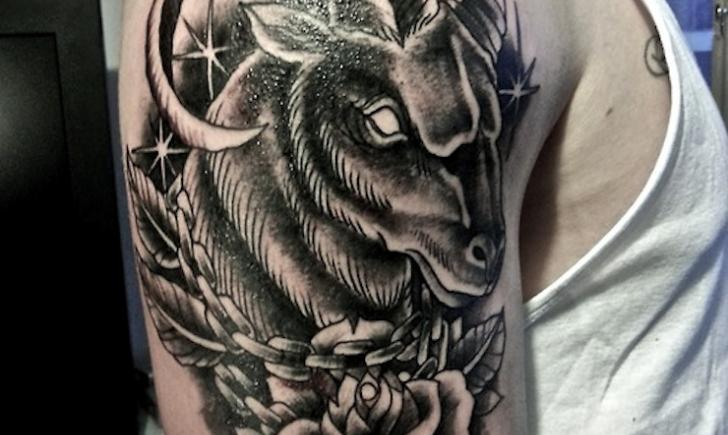 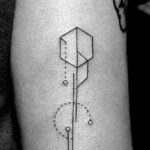