Home Entertainment SUMMER BREEZE OPEN AIR: EVERYTHING YOU NEED TO KNOW ABOUT THE FIRST EDITION OF THE FESTIVAL IN BRAZIL
EntertainmentMusicMusic & EntertainmentNews

SUMMER BREEZE OPEN AIR: EVERYTHING YOU NEED TO KNOW ABOUT THE FIRST EDITION OF THE FESTIVAL IN BRAZIL 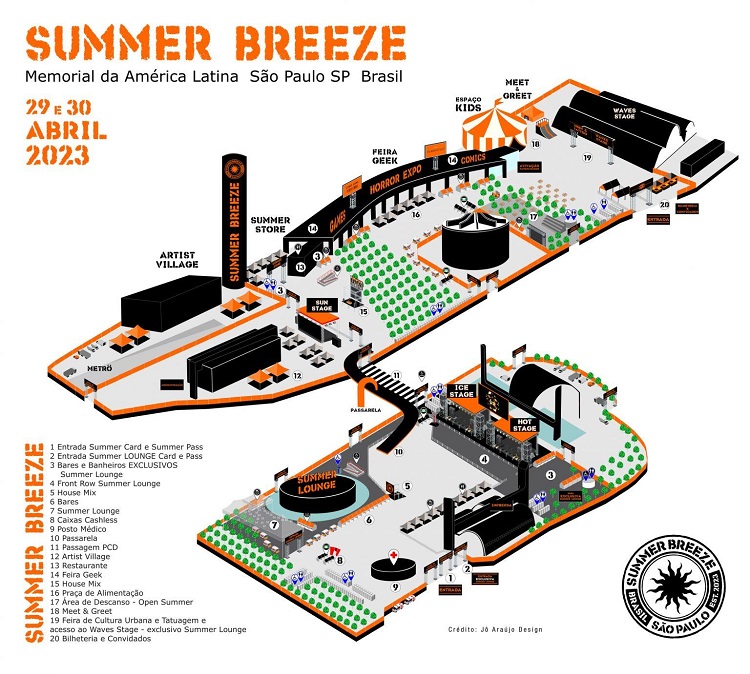 The first edition of Summer Breeze Open Air in Brazil, which will take place on April 29th and 30th, 2023 at the Memorial da América Latina (SP), has announced new headliners:

The return of Blind Guardian to Brazil after 7 years of their legendary show and being announced as the main headliner in the program of the 25th anniversary of the festival in Germany next year; the North American power trio The Winery Dogs, who will release a new single and video clip in support of the album The Winery Dogs III, scheduled to be released in March 2023 and which will be presented first-hand to the public at Summer Breeze Brazil; British metalcore band Bury Tomorrow, responding to the public’s request.

In addition to the previously announced bands, they will also be joined by the recently announced Skid Row, currently a top trending topic in Brazil, as well as the Finnish power metal act Stratovarius and the iconic Australian act Parkway Drive, who will headline April 30th, the second day of the event.

Rock’n’roll fans and the general public can order tickets, with four separate packages:

With more than 30 bands, almost 30 hours of programming, and four stages, Summer Breeze Open Air Brazil is organized by businessmen Rick Dallal, Claudio Vicentin, and Rodolpho Tourinho and is already included in the official events calendar of the Municipality of São Paulo. Check below the complete calendar of attractions by day and stage: 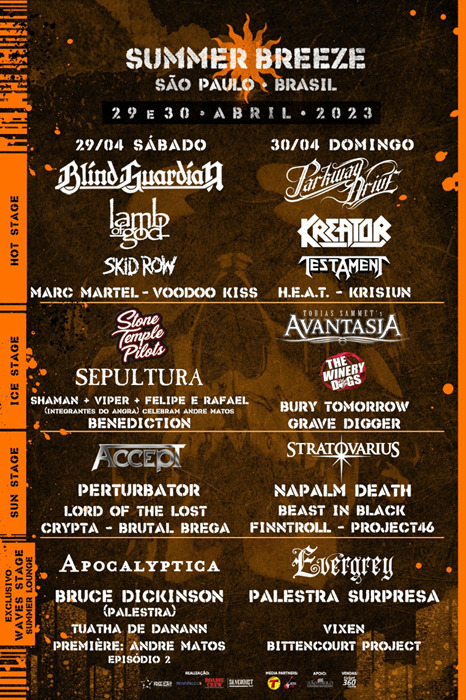 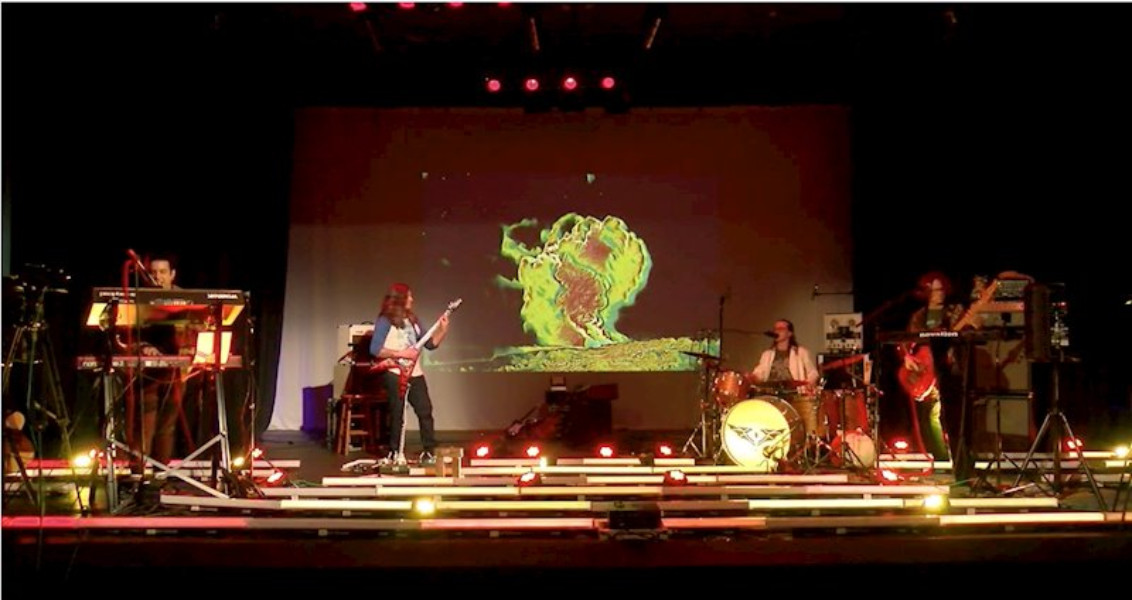 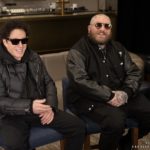