Home Opinion Stand Up for What you Believe—Rather, Sit and Get Tattooed!
OpinionTattoo Articles

Stand Up for What you Believe—Rather, Sit and Get Tattooed! 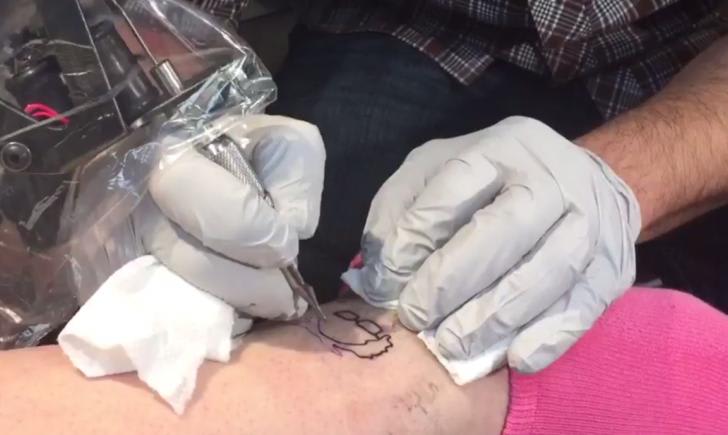 Tattoos have been used for many things over the years from physical relief from pain, memorializing a lost loved one, and celebrating a birth to personal expression, rebellion, and even branding in some places. This wide variety of uses has opened the door to another application. . . the protest.

Humans have been protesting in many different forms as far back as the first days of organized society. Tattooing has also been utilized for over 5,000 years, as well; so the partnership between protesting and tattooing was inevitable.

While protest tattoos have been in existence for many, many years, there has been a recent surge of this practice within the last decade. In last the two years, in specific, the protest tattoo has made the local, national, and international news on several occasions.

In 2015, the tattoo industry made headlines when protestors occupied a room in the Tate Gallery in London. Two days prior to the kickstart of the Climate Change Conference, thirty-five people gathered in the 1840s display room of the famed London museum in protest of BP’s sponsorship of the gallery. Their chosen method of protest was unique—each person would be tattooed with the CO2 concentration of the year they were born. The spokesperson for the group, named Liberate Tate, explained to The Guardian, “This makes a statement about the stain that oil has across society, on Tate, on the negotiations and across our culture, society, and economics more broadly. The black mark on our skin reflects the taint of BP on Tate.”

Also in 2015, the Terre Haute Tattoo Company in Indiana decided to protest the Religious Freedom Act by offering free tattoos to those who supported the LGBT community. The Religious Freedom Act allowed businesses to refuse service based on their religious beliefs—meaning they could refuse to serve a gay, lesbian, or transgender customer and cite it violated their religious beliefs. Those with a more liberal outlook on life understood that this bill was comparable, and could possibly lead back to, segregation—an awful stain on American history. In order to protest the bill, the shop began offering a choice of three tattoos: a heart, a triangle, or a rectangle; all of which would be colored in with the rainbow coloring that has become synonymous with the LGBT community. One of the many to get tattooed in this gentle protest, Lindsey Probst, told a local news channel, WTHITV10, “It the best idea any business could have had. It’s not illegal, it’s not violent, and it lets people speak out in a peaceful but expressive manner.”

Just recently, several tattoo shops around the United States began offering free Bernie Sanders tattoos in protest of the media blackout that was occurring toward Sanders’s campaign. With the mainstream media focusing hype on Donald Trump and Hillary Clinton, many candidates slipped through the cracks, disappearing from the ticket before anyone even knew they were running.

While Sanders has managed to keep neck and neck with Clinton in many cases, he is still being shunned by the media; who seem to thrive on the drama cooking between Trump and Mrs. Clinton. A rumor began circulating through the media that a tattoo shop in New Hampshire was going to be offering free Donald Trump tattoos, causing many other shops to take immediate action. In response to this rumor, tattoo parlors—most notably the Aartistic Inc tattoo shop in Vermont—began offering free Bernie Sanders tattoos to those who supported the underdog in the race for America’s next president. The event went viral, soaring across the internet along with the popular hashtag #FeelTheBern, and these tattoo parlors have claimed they will be offering the free tattoos as long as Sanders remains in the race.

While these are just a handful of recent examples of tattoos used in protest, a quick Google search will show you a smattering of cases throughout history. Tattoos were used in civil rights movements, with antiwar sentiments ranging from the 1940s up until today, and even in the feminist movements of the 1960s and 1970s. These forms of tattoos are picking up popularity with every viral movement and will continue to be a symbol of our beliefs—etched into our skin for eternity. 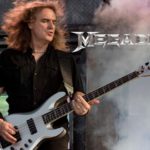