On-stage Shenanigans and Everything in Between – Las Rageous 2018 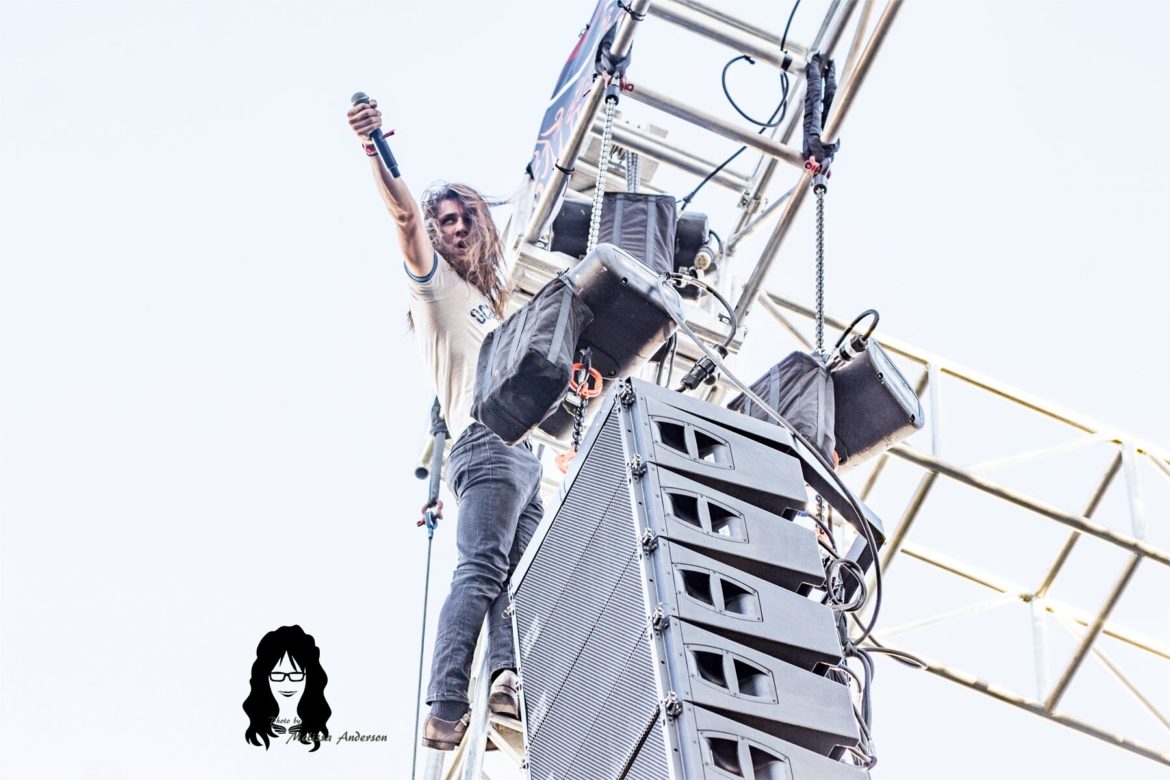 Clutch, Saxon, Adelitas Way, New Years Day, Vyces, DED, Hollywood Undead, and Underoath took time out of the second annual Las Rageous music festival to hang with Mischievous Mel and Rockwell Anderson. We talked about everything from tattoos, music,  tours, spiders, a wedding engagement, tea and everything in between. Interested? Full interviews are coming soon. Until then, here’s a full recap of the 2-day festival hosted at the Downtown Las Vegas Event Center by the D. 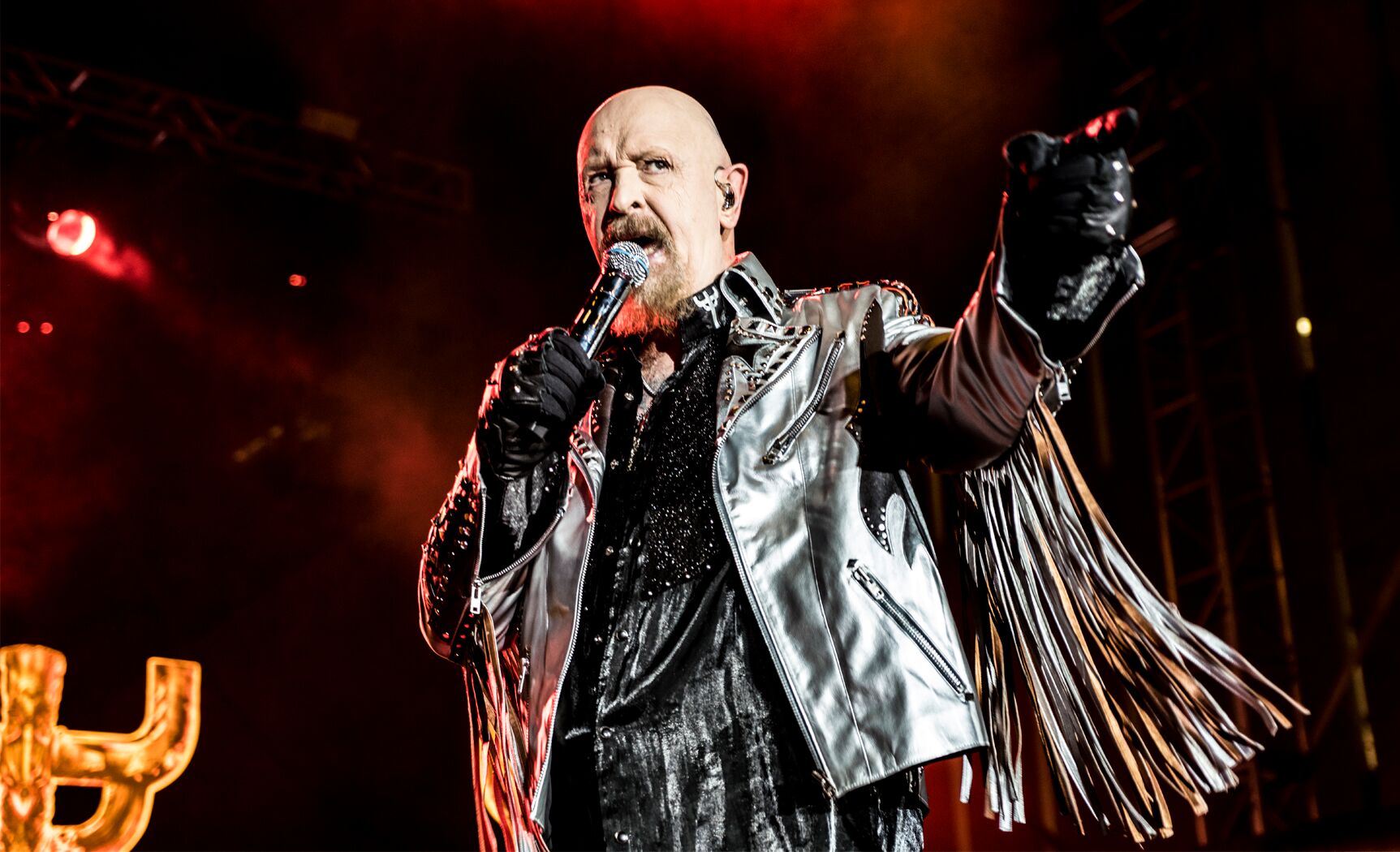 With a roster of talent that included headliners Five Finger Death Punch and A Perfect Circle, icons Clutch, Saxon & Judas Priest, up and comers Joyous Wolf, Vyces, Ded, and Bad Wolves, showcased today’s rocks finest with Adelitas Way, Pop Evil, and for those that wanted it extra hard, New Years Day and A Day to Remember among others, Las Rageous covered nearly all spectrums of Rock. How can this get better? 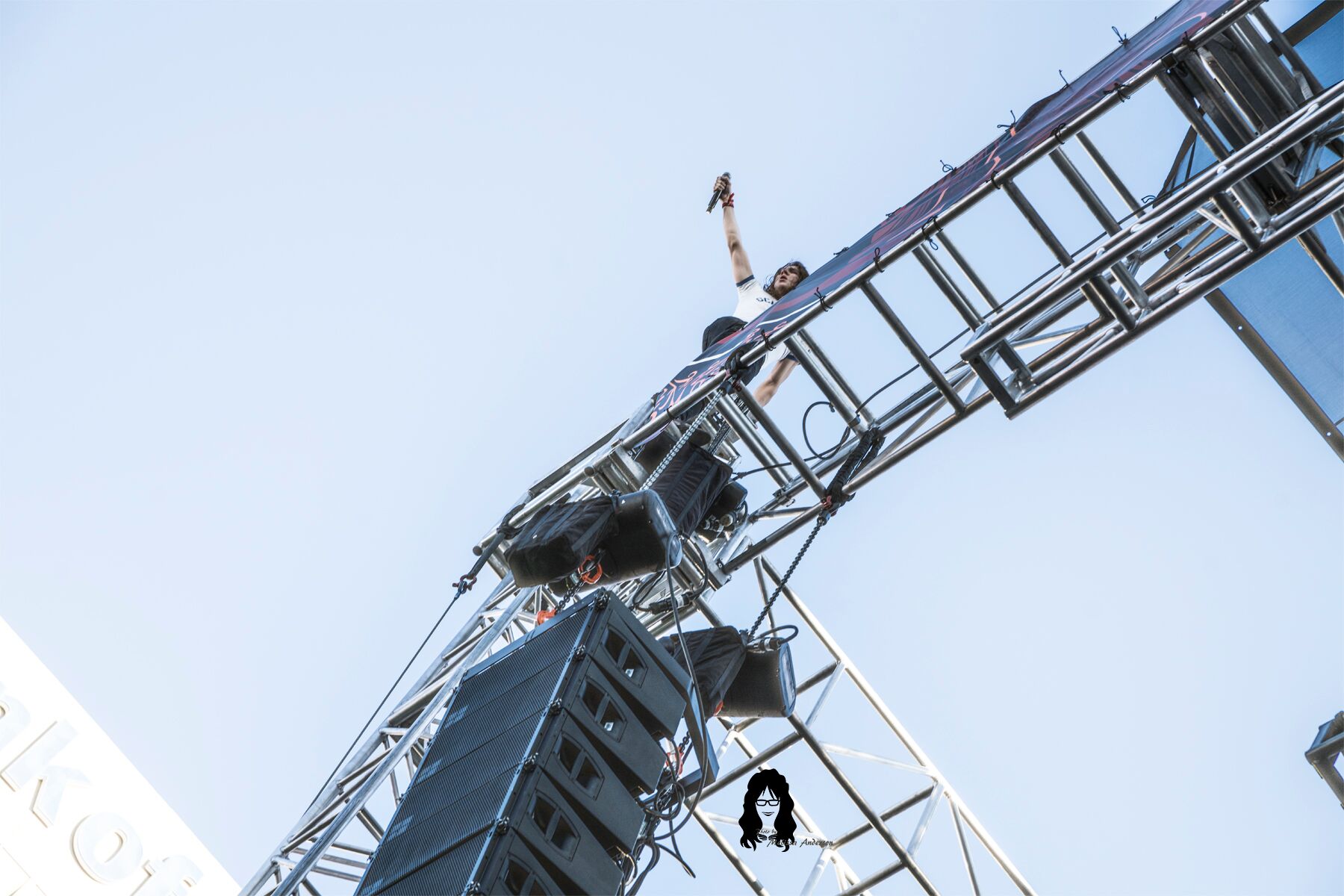 JoyousWolf demonstrated that the spirit of Rock and Roll is alive and well. Lead singer and one of a kind frontman Nick Reese scaled the truss of the F stage like a spider monkey and belted out vocals until the festival sound crew decided that was an unsafe choice and cut sound. Their set ended and Reese along with his fellow bandmates was escorted out. Risky – Yes. But if you see Reese perform you will see he has a style reminiscent of Jim Morrison. This performance was definitely the talk of day 2 of Las Rageous. 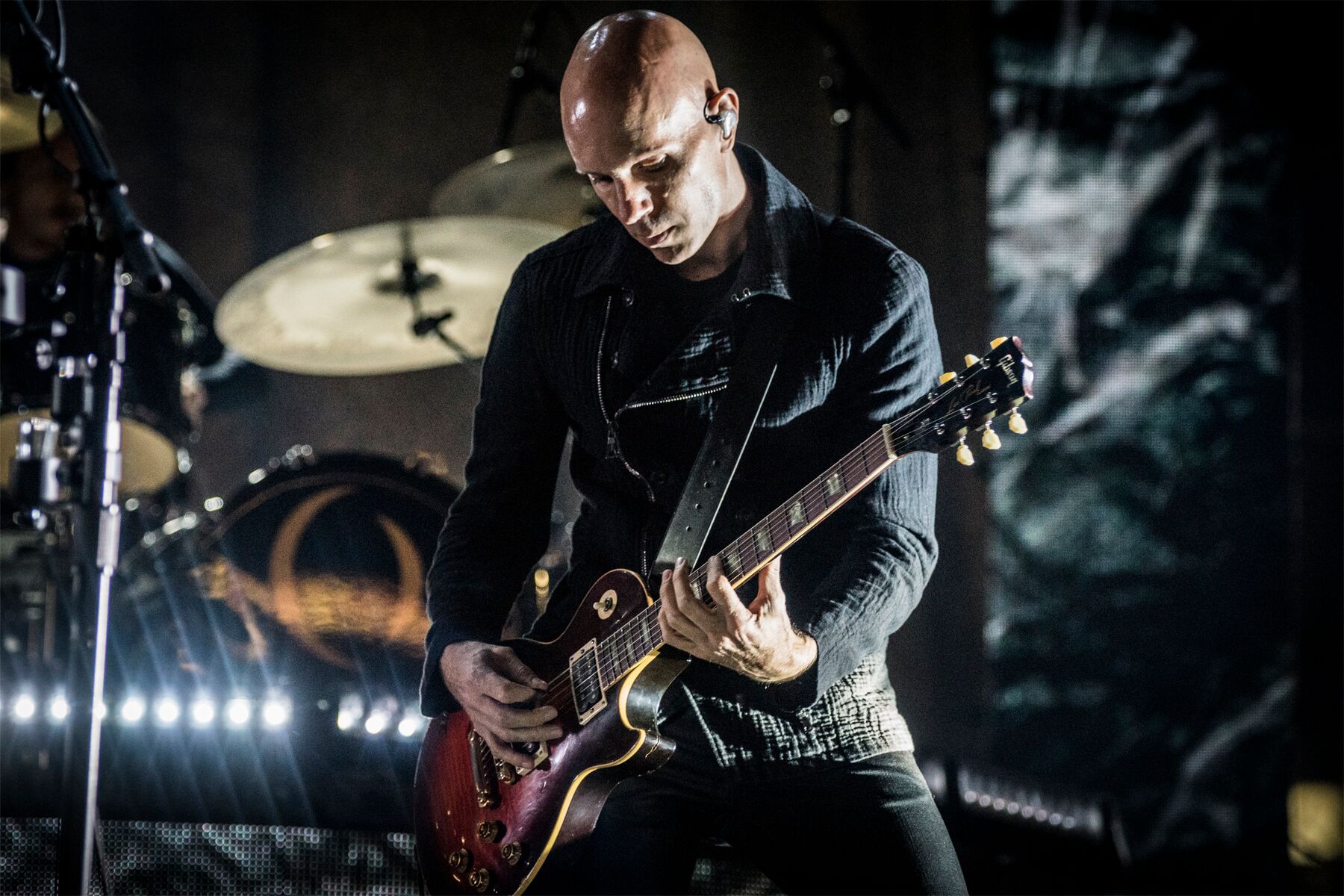 Every band seemed to step up a notch in their performances. I know this because I have seen all but 3 of the 20 bands on the roster perform a number of times. For whatever reason, Las Rageous seemed to be the proving ground, or maybe better said, ground zero for a face melting, ear-blasting performance. 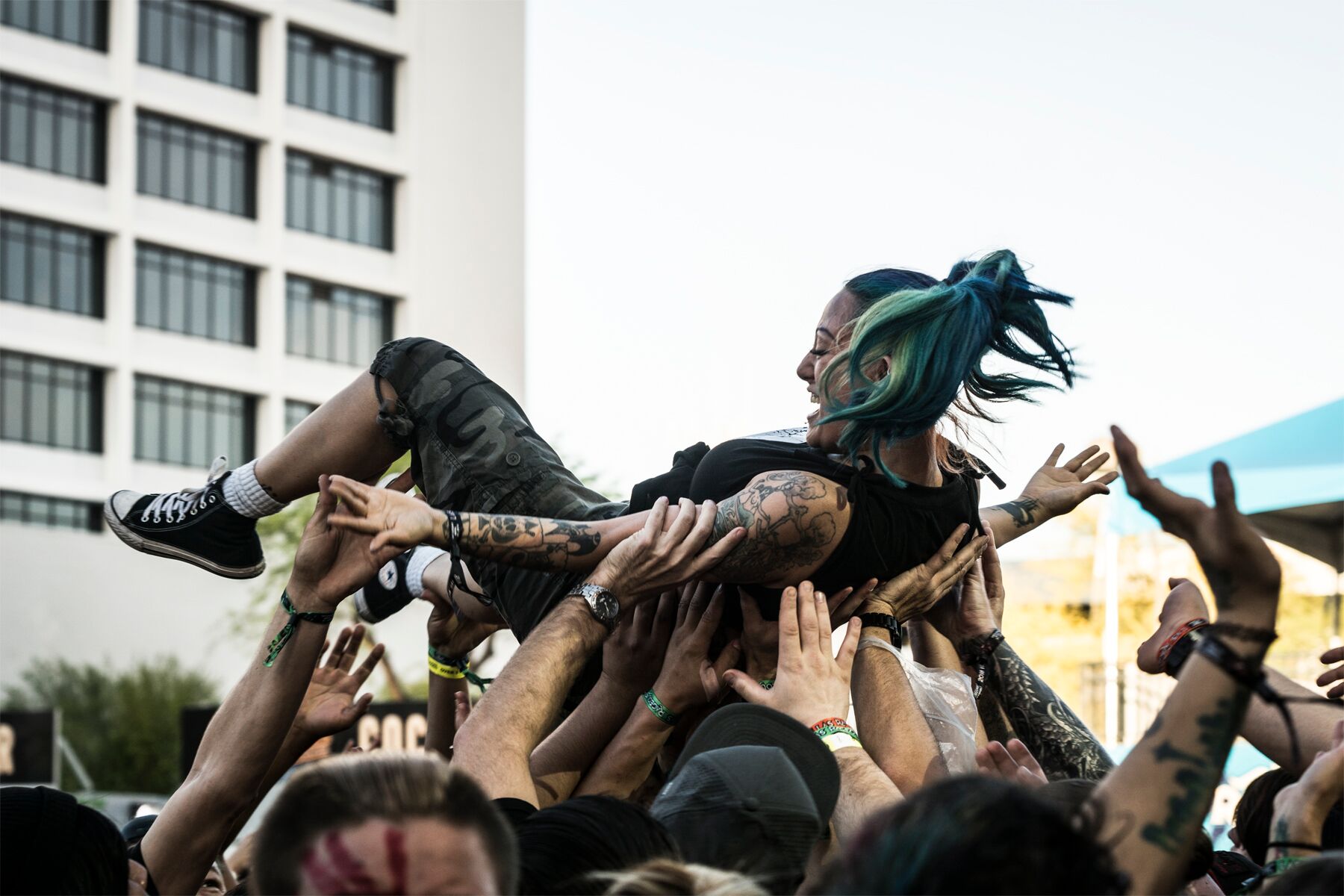 With vast options of adult beverages, food village that included Greek food, a staff that was on point and friendly both in the front of the house and the back, and all of the downtown Las Vegas vices at your fingertips, it’s hard to imagine getting much better. Also very important and often overlooked, is the potty situation. No worries – the Las Rageous bathrooms are cleaner than most clubs I have been in – and have attendants cleaning them constantly. For the frugal fan, options to enjoy this event included 1 day passes, or for the non-frugal fan, VIP 2 day passes were available.

Again be sure to check out all the interviews soon to be at www.EdgeRockRadio.com (audio) and the video interviews right here at Tattoo.com. Also be sure to save the date and book your tickets to next years Las Rageous. 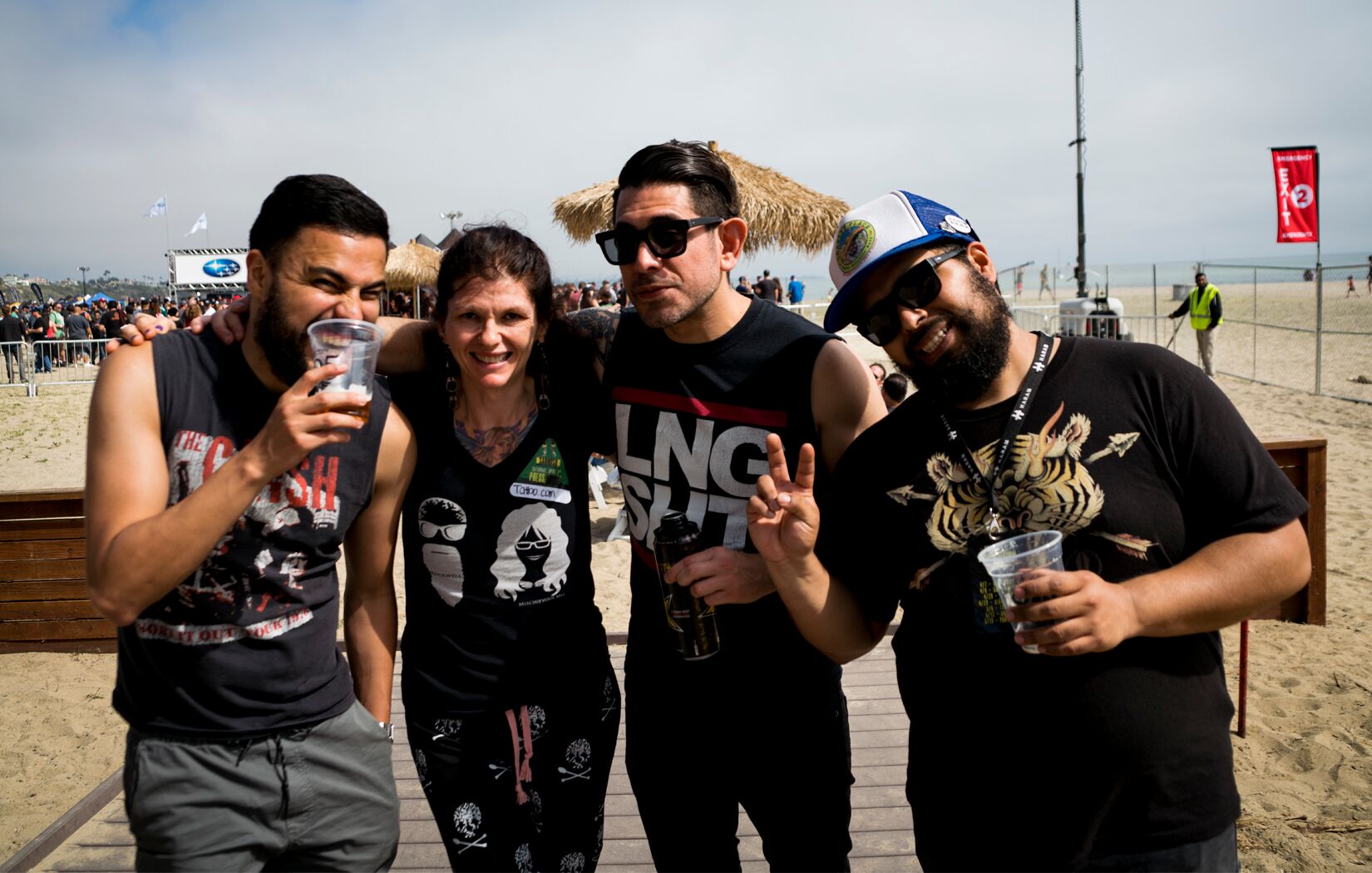 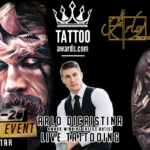