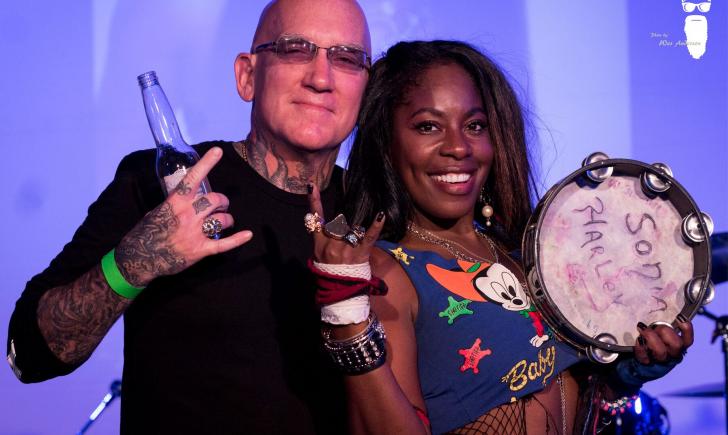 Sonia Harley is not only one of the best female vocalists in rock music, she is a “Rock Princess” who has broken through many barriers. One of the many relationships that helped her breakthrough was the one she shared with Lemmy. It was both a working relationship and a friendship.  Sonia was hand picked by Lemmy to play Motorboat, becoming the first black female lead singer to perform on the cruise.  In fact, she and Lemmy had such a connection that she worked with him on his final album before he passed, even calling Sonia his “muse”. Today, Sonia is rockin’ the music world once again with her new music video “Pocket Full Of Nails”. 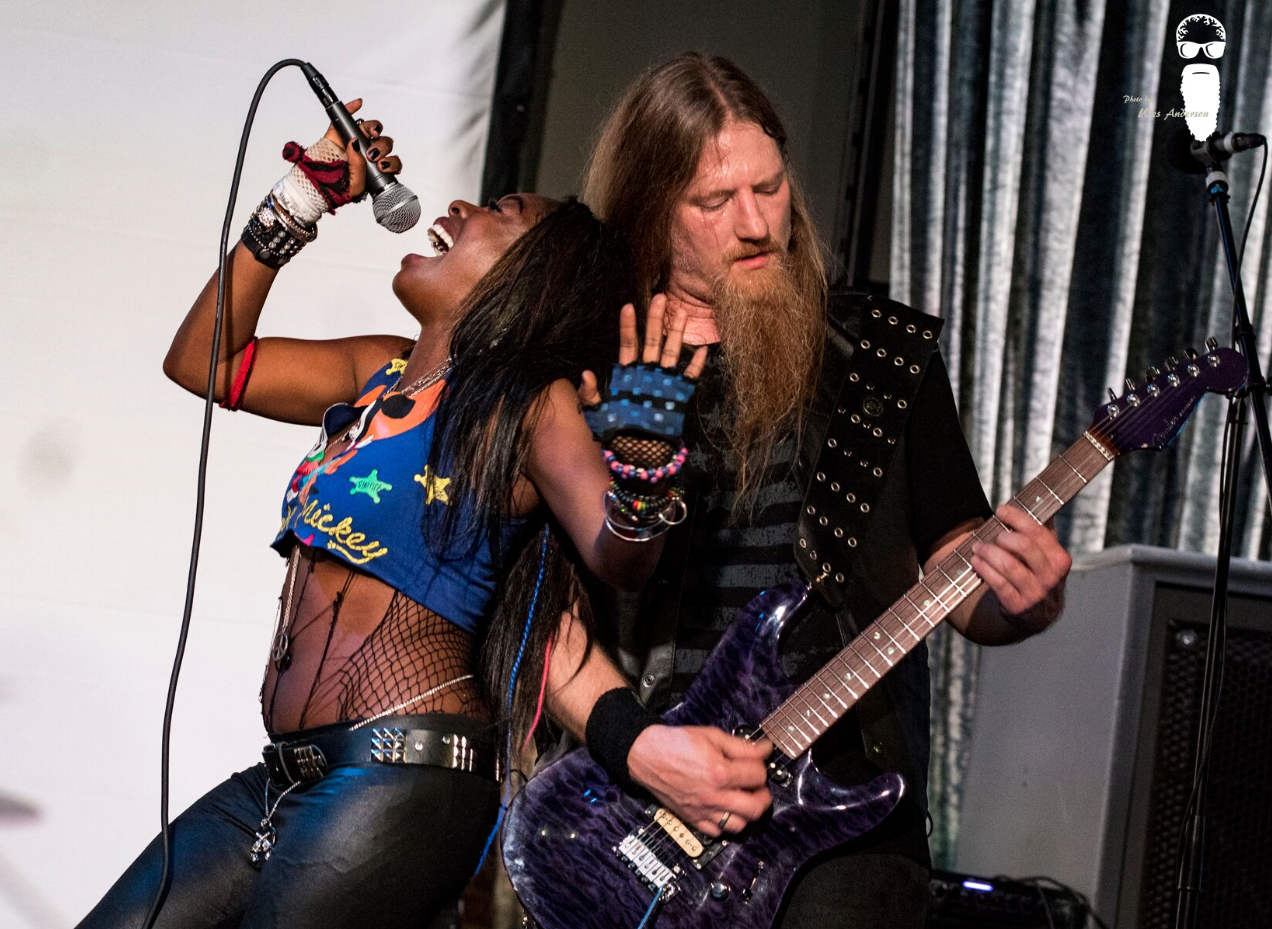 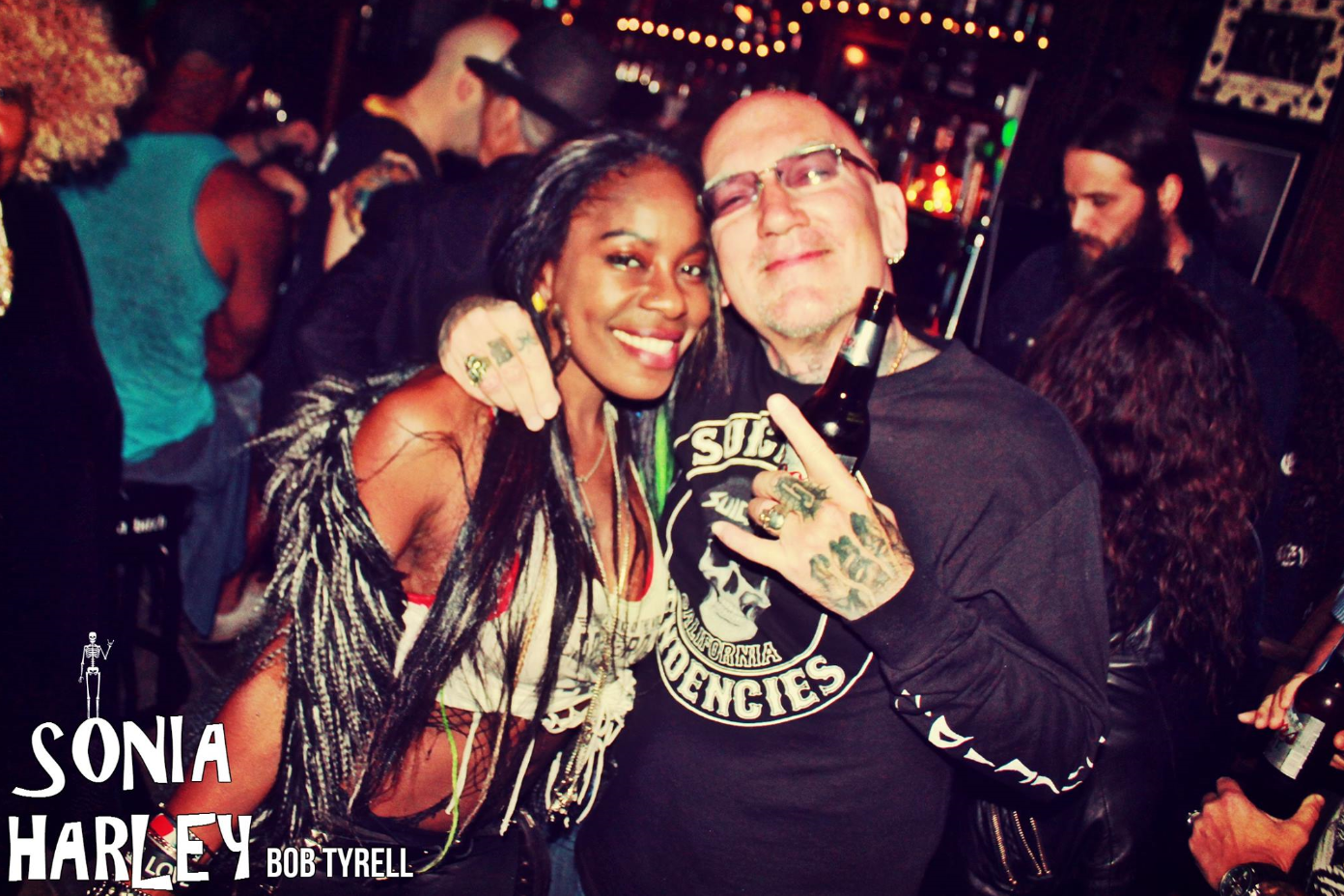 In the house was the actress who took part in the “Pocket Full Of Nails” video. And in true Hollywood style you never know who is in the audience. We found the one and only Bob Tyrrell, who, in my opinion, is one of the top 5 tattoo artists worldwide.  He had just flown into L.A. hours earlier to be at this event. He will be doing a tattoo for Sonia that she and Lemmy talked about and planned before his passing.
To recap the event, it was held at a beautiful venue with a top-notch staff, and the bands that performed were rocking. The video was ground breaking with a positive message. What I took away from it is that Karma will get you, so be good to all and good comes back. If you know Sonia you know that her soul is as beautiful and loud as her pipes. I urge you to check out “Pocket Full of Nails” on YouTube. Stay tuned for more Sonia Harley news because the Rock Princess has a lot coming your way.
Sonia Harley Video Premiere: “Pocket Full of Nails” – with Bob Tyrrell was last modified: November 11th, 2017 by ROCKwell UnScene
0 comment
0
Facebook Twitter Google + Pinterest
Previous post
Next post