posted by ROCKwell UnScene
As the traditional early evening storms loomed just southwest, Slipknot, Marilyn Manson, and Of Mice & Men geared up for a Saturday night of metal at the MIDFLORIDA Credit Union Amphitheatre in Tampa, FL.

When Austin Carlile took the stage with the rest of his band, Of Mice & Men, you could sense something special was in the air. With the pending release of their third album in September, fans were excited to see what kind of performance they would bring.

Needless to say between their abounding energy, ear splitting riffs, and crystal clear vocals, they left it all out there for the fans. Honestly, it’s shocking that they haven’t had a major headlining tour to date. If this performance was any indication, they are far beyond due for it. Following their set, internationally known and critically acclaimed shock rocker Marilyn Manson took the stage.

For more than a decade, his brand of loud, aggressive, anti-establishment metal has captivated both young and old across the globe. This tour is no different. Even though Marilyn is not as young as he once was, he still commands the audience from the stage the way a General would command his troops into battle. Part of this stage presence includes making those not on stage part of the show as well. This year after the first song, Marilyn chose to ‘baptize’ the photographers in front of the stage with a gallon sized bag of a red powder, which got all over a majority of the photographers in the pit and especially on their cameras. Yet he couldn’t just let photographers have the fun alone. As the show progressed he also tossed out about 200 Marilyn Manson 666 dollar bills. While similar to legal tender, these notes invoked quite a reaction from those in the front of the pit.

Slipknot had some accidental fan interaction before the start of their set. As a roadie was adjusting an air line on the right side of the stage, the hose burst off and slammed into the front of the pit. After what seemed like an eternity, three security guards were able to corral the hose which danced around the right side of the pit area like a hose in an old cartoon. When all was said and done, one of the worst injuries was to a young man who had the side of his head split open. With the quick reaction by medical staff on hand and nearby, he was quickly attended to and cleaned up so Slipknot could begin their set.

The big question on everyone’s mind at this point though; would Corey’s neck injury slow him down? While the physical energy coming off the stage was down from years past (especially without any pyrotechnics), the vocal energy, and the feeling the band shared with the audience indicated that Corey’s injury was nothing more than a speed bump. With the new stage, set lists, and their new bassist and drummer on stage with them, Slipknot sounded as amazing as fans have come to expect.

While starting off the show with a mixture of new and old tunes, they chose to save many of their singles for the later part of their set, and they truly left the audience wanting more. Speaking with numerous fans on my way out of the amphitheatre, many are anxious to see what the next album will sound like/what direction they will decide to take next. While playing the albums back to back, you can hear a distinct difference in their style of music, seeing them perform live exhibits their evolution in sound more than anything else.
Hopefully you are going to check out Slipknot, Marilyn Manson, and Of Mice & Men at Chicago Open Air this weekend. Stay tuned to ROCKwell UnScene and Tattoo.com for coverage!
Written by Jordan Raiff on behalf of ROCKwell UnScene
CONCERT REVIEW: SLIPKNOT, MARILYN MANSON, OF MICE & MEN IN TAMPA, FL was last modified: July 14th, 2016 by ROCKwell UnScene
EnthusiastsMusicTour
0 comment
0
Facebook Twitter Google + Pinterest
Previous post
Next post 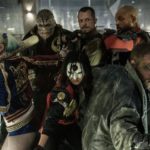