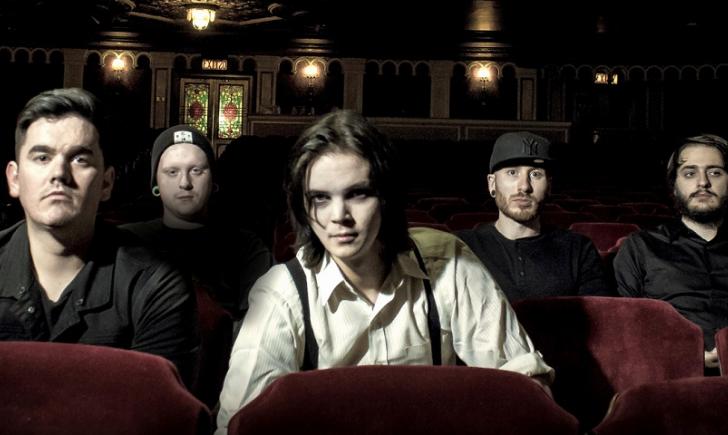 One Last Shot, a “horror-infused screamo band” from Syracuse, NY, has released the official music video for “Leather & Fangs”, a song from their upcoming album The Death of a Poet & All of His Friends. Members of One Last Shot include Angelo Zinkovitch, Adam Vlassis, Jeremy Romance, Ryan Sheldon, and Zach Phillips. The band formed in 2008 out of “anxiety and frustration with all of the problems in the world” and have played countless shows throughout the United States, including Vans Warped Tour in ’14, ’15, and ’16.

Members of One Last Shot share a passion for horror movies and comic books, so it made perfect sense for them to select B-horror director Ron Bonk to direct and shoot “Leather & Fangs”. The video starts off with a nostalgic intro by Steven Smith, (from FUSE’s Steven’s Untitled Rock Show) and transitions to One Last Shot performing on the stage of the haunted Landmark Theater in NY.

One Last Shot will be playing an album release show in Syracuse, NY at The Lost Horizon on March 31st, 2017 for The Death of a Poet & All of His Friends. For updates and tour info, follow the band on Facebook.

Click below to experience “Leather & Fangs” by One Last Shot