Home Resources Scratchers—What Are They and Why Are They Dangerous?
ResourcesTattoo Articles

Scratchers—What Are They and Why Are They Dangerous? 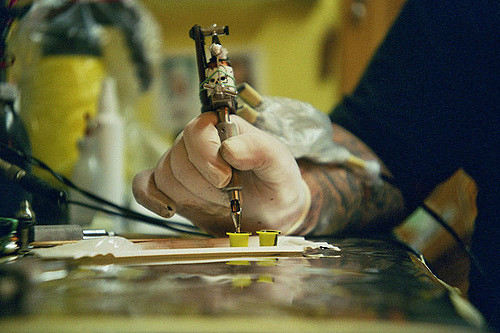 Tattooing has only recently become regulated by governmental agencies in the last few decades. For a practice which has been around for over 5,000 years—with some gaps, of course—a few decades seems like a small blip in the timeline of tattooing. If this short period of regulation seems scary, just wait. There’s more. Scarier yet is that the regulations vary by state, with some receiving hardly any directives at all.

In recent years, tattooing has been appearing in the news for many reasons. Several states only just passed regulation laws in the industry. For example, Ohio only passed legislation on the practice in 2014 while Pennsylvania is still determining what legislation should be enacted. In other news stories, health inspectors which are responsible for certifying and keeping up on inspections in tattoo shops are being criticized for being overworked, overloaded, and not able to keep up with their required job duties. Many of these inspectors have been saddled with the job of inspecting tattoo shops in addition to their other duties. In many places, the same inspector that reviews sewage and septic is responsible for inspecting tattoo shops.

Tattooing is a billion-dollar practice. You would think it would garner getting its own inspectors. I mean, after all, a violation in a tattoo shop could be severely dangerous to someone’s overall health and could, in some cases, result in someone’s severe illness or even death.

As many of these inspectors are overworked and underpaid, and many areas do not enforce or possess tattoo regulations, it has given rise to the concept of scratchers.

What is a scratcher?

According to the site liveabout.com, “A scratcher, basically, is someone who taught him/herself the art of tattooing without the benefit of an apprenticeship under a professional artist.”
What makes a scratcher so dangerous? During the process of a formal apprenticeship, a tattooer is taught the ins and outs of the industry. This includes everything from machine construction to shop etiquette. But perhaps, most importantly, an apprenticeship teaches the proper hygienic procedures for keeping a sterile environment and tattooing safely. This includes everything from how to wash your hands properly to how to tie a biohazard bag correctly and how to avoid cross-contamination while working.

Many people with little to no understanding of the industry don’t seem to realize the importance of knowing how to tattoo properly. You could severely hurt someone, scar someone, or cause an infection if you do it improperly. Using unsterilized equipment or working in an unclean area could lead to disastrous results. Tattooing should be treated in the same manner as an outpatient operation… You wouldn’t consider going to a doctor working out of his garage, so why would you consider going to a tattooer in the same environment?

There are no accredited and scrutinized schools or vocational institutions teaching the art form of tattooing, so without apprenticeships, how is one supposed to learn the correct method? Let alone master the practice?

In addition to missing out on acquiring the knowledge to tattoo in a hygienic and sterile manner, a scratcher isn’t going to learn the techniques that they could acquire from a formal apprenticeship. It doesn’t matter how great of an artist they are with a piece of paper and a pencil—creating art on skin is an entirely different sensation. They’re not likely to be able to recreate the same skill level on a living canvas without proper instruction.

Some scratchers have managed to find themselves jobs in smaller studios, eventually learning the process correctly and moving on to become well-established artists with a proper career. But, that isn’t always the case.

So, how can you tell whether they’re a scratcher or not? Many scratchers can be found operating out of their own home—often tattooing from a garage or shed. That guy or gal set up at the kitchen table at that party you went to last week—yep, you can pretty much bet they’re a scratcher.

Most legitimate tattoo artists understand the industry and the practice well enough to know that tattooing in an unsterile environment, like a garage, shed, or house party can be life-threatening. It can also be career threatening. An artist with a secure profession will not risk being labeled as the guy/girl tattooing next to the beer pong table at so-and-so’s house party. In most states, tattooing in an unregulated environment can cost them their license.

When considering getting a tattoo, keep in mind to be on the lookout for scratchers. Get your ink completed at a licensed, regulated shop that works with sterile equipment and a hygienic environment. Make sure your artist has completed their blood-borne pathogens and communicable diseases classes. Check to make sure they’re insured—you know, just in case. Sure, they’re going to charge a lot more than Joe-Blow in his garage… but isn’t that a price worth paying to avoid a nasty infection or scarring? 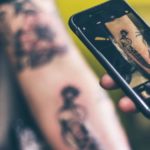