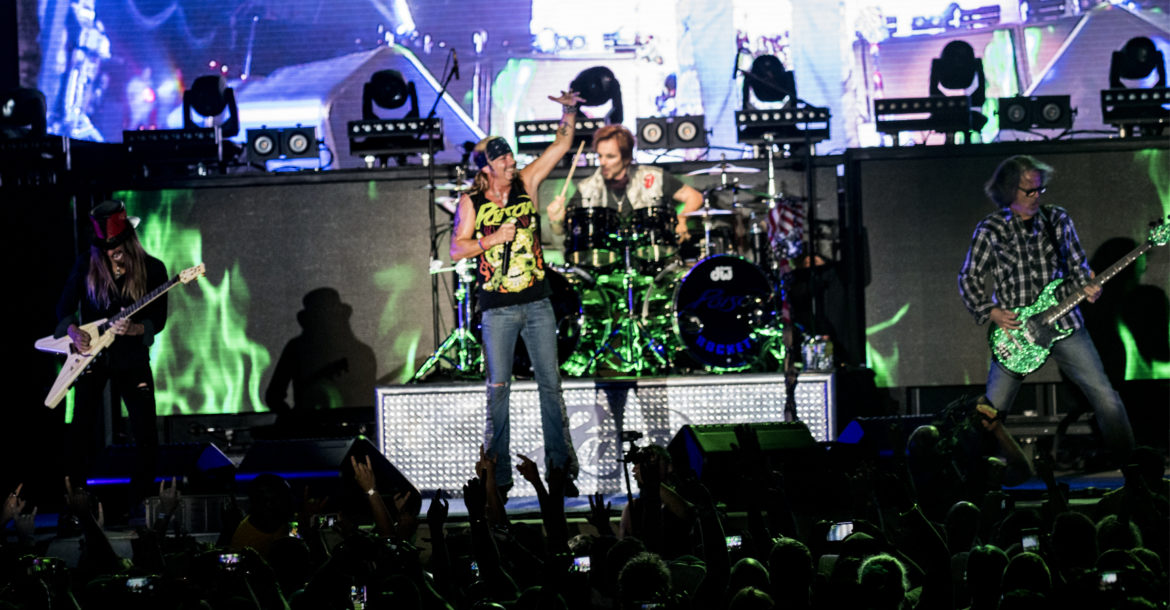 Since its inception 12 years ago, Rocklahoma has set itself apart from other major festivals by bringing back bands and artists from the ’80’s.  Although much has changed since 2007 and the biggest change is the diversification of its line-up, at its heart, Rocklahoma still celebrates the 1980’s more than any other major U.S. festival.

When I saw Poison in Madison, Wisconsin way back in 1988, I also saw Cinderella.  Although Cinderella wasn’t on this years Rocklahoma bill, Tom Kiefer, the bands original singer, was.  I wouldn’t say he sounded as perfect as he did 30 years ago, but man he still has a lot left in the tank.

Motley Crue is over – as everyone knows.  Vince Neil is not, and with a backup band comprised of all the touring members of Slaughter – minus Mark Slaughter – Vince is keeping the Motley legacy alive.

Diamond Head, although technically from the 1970’s, had its biggest impact in the 1980’s on some of todays biggest bands. For instance, I can imagine you’ve heard of Metallica.  Check back here for Rockwell Anderson’s most anticipated interview in years with Brian & Rasmus coming soon.

Part of the diversification of Rocklahoma includes bands from the ’90’s and ’00’s.  One of those bands, who had one of the greatest moments of the entire festival, is Adelita’s Way.  My favorite moment was when singer Rick DeJesus said to the crowd “We don’t do the traditional meet and greets.  We want you to come up to the stage right here and right now to meet us.”  With that, a sea of bodies went over the security barriers to shake hands with Rick. One little guy was lucky enough to come on stage with the band after being lifted up to meet them.

Other bands from the same era included Powerman 5000

and NONPOINT.  Both proved just because you don’t hear their songs on repeat any more, doesn’t mean they’ve gone away.  In fact, NONPOINT had one of the hardest sets of Rocklahoma and really got the fists in the air and mosh pits circling.

Clutch has got to be one of the most underrated bands on the planet, but I was happy to hear a couple of fans talking about how they’ve recently become big fans.  Both gentlemen we’re in their late 40’s or early 50’s, and the band has been around for almost 25 years, but it doesn’t matter when you get to the party – it matters that you got there.

Andrew WK still knows how to “Party Hard” and seems to geniunely love every moment he’s on stage.  It was a joy to see him live.

Now let’s fast forward to todays mega-bands and fast risers, starting with Ghost.  A new album, a new stage show and a new leader of the “Ghouls”, “Cardinal Copia” brought the Rocklahoma congregation to its knees.

The Butcher Babies, as usual, had more bodies flying over the security barriers than any other band.

The Butcher Babies at Rocklahoma 2018

Joyous Wolf has come to national prominence within the last year.  Leading the way is vocalist Nick Reese, who always puts on a high flying performance.

Halestorm, believe it or not, has technically been around since the late ’90’s, but have only gained huge commercial success in the past 7 years or so.  With a new album coming out this month, they’re certain to fly even higher.  Look for Mischievous Mel’s interview with Josh & Joe coming soon.

Chaotic Resemblance is in the vein of the ’80’s band Stryper.  In fact, one of their mentors is a member of Stryper.  We’ve known these cool cats since our first Rocklahoma in 2014, but seeing them at Rocklahoma 2018 was extra special because this was the day they released their new album “Covenant“.

Machine Gun Kelly headlined the second stage of day 3 of Rocklahoma, just prior to Poison finishing off the festival on the main stage.  If the average age of the Poison fans were in their mid 40’s or older, the average age of the MGK fans had to be 20 or less.  This was the one artist that really showcased how Rocklahoma has diversified its line-up, and the next generation of festival goers certainly appreciated it.

Like most festivals, Rocklahoma offers lots of non-music activities, food, adult beverages, merch vendors, and more.  A huge shout out and thank you to the U.S. Army, who was also at Rocklahoma, because if it wasn’t for the men, women, and families serving in the Army and other military branches, none of us would have the opportunity to enjoy events like Rocklahoma.
Thanks for reading and keep on Rockin’!
All Photo’s by Rockwell or Melissa “Mischievous Mel” Anderson 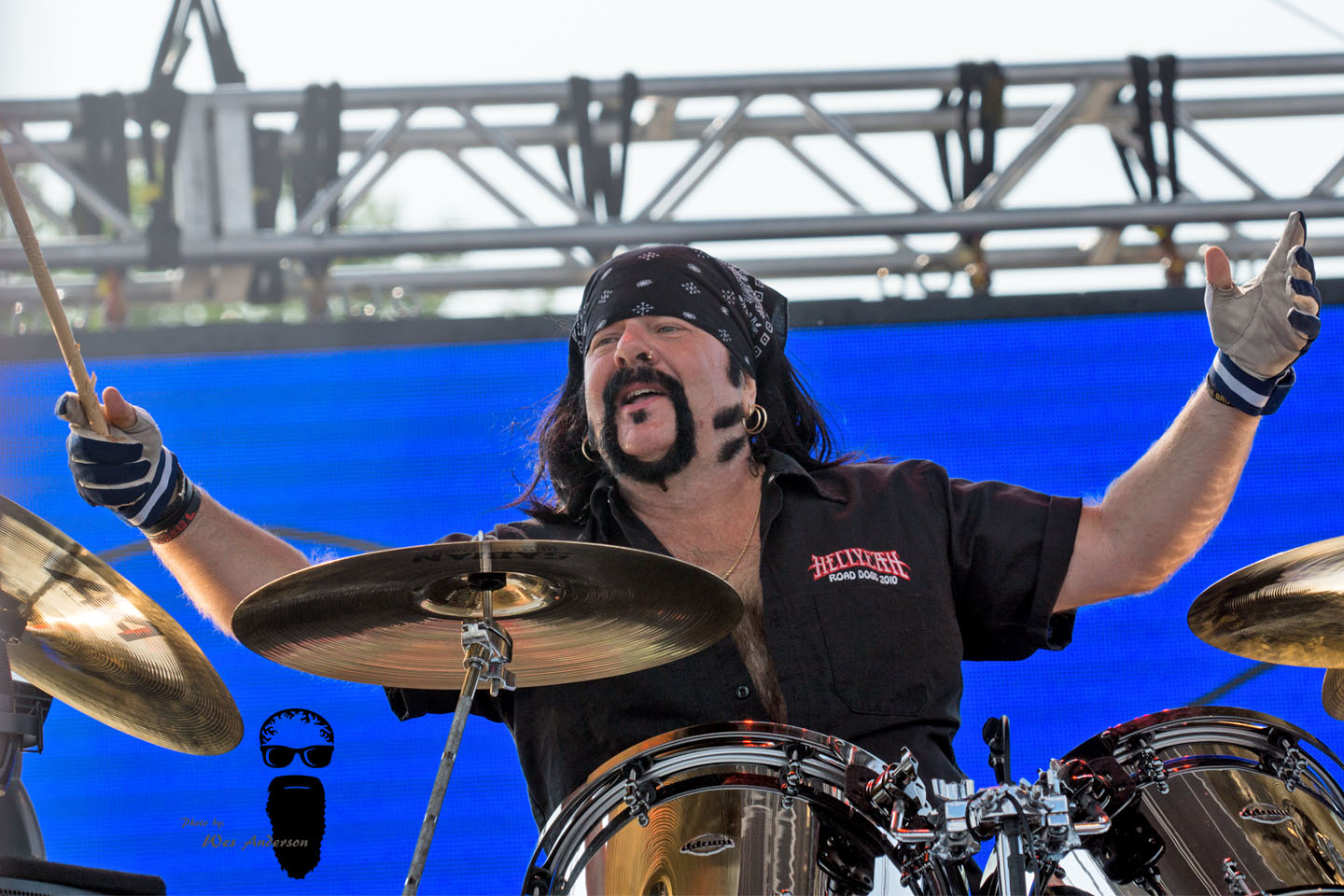 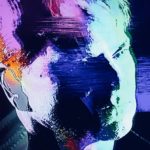