It’s time to start planning your 2017 Festival Season Vacation, so pack your bags, use your vacation time, call in sick – do whatever it takes so that you can head out to Columbus, Ohio on May 19th, 20th & 21st to experience the BIGGEST Rock Festival in America, Rock On The Range.
After being there a number of times we can tell you that Rock On The Range is among the best of the best. The last few years, we have witnessed historic moments at this festival, including Saint Asonia’s first ever performance in 2015 and We Are Harlot’s first ever appearance in 2014.
Rock On The Range promises music fans the fan experience of a lifetime. With merch and food vendors for all tastes, VIP experiences, meet and greets, and three stages featuring the hottest music acts, you’ll need to get your tickets quick!
***Field Level 1 General Admission tickets have already sold out***
So, who will you see on the stages of Rock On The Range in 2017? We present to you the lineup of epic proportions (brought to you by DWP, AEG, and Monster Engery): 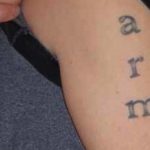