The Rise of Feminism and its Influence on the Tattoo Culture 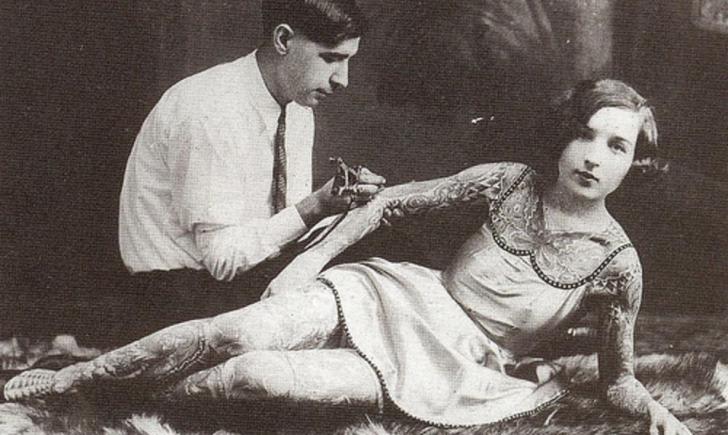 Tattooed individuals have long faced stigmas and vapid public opinion since Pope Hadrian I banned tattooing in the Christian nations back in the late 700s AD. It took the tattoo practice over a thousand years to climb its way back from disapproval to a sedentary social acceptance, gaining footing in the public eye. While tattooing has been back on the rise since the late 1700s, when sailors began exploring the world anew, not all members of the culture have found it so welcoming.

When tattooing began to claw its way back from banishment, it did so through the use of sailors who had visited tribal islands on their exploration travels. This trend continued, expanding into other branches of the military, as soldiers and sailors alike began pouring their devotion to their brothers-in-arms and the country they fought for into the layers of their skin. As tattooing began to expand, reaching into the circus folk, carnies, and other ‘freak show’ participants, it became clear that it was a male-dominated subculture.

In the early days of the wars, both WWI and WWII, it was customary for men – generally soldiers and sailors – to be decorated with pin-up style women, dangling from cocktail glasses or hiding behind a deck of cards; much like the designs Sailor Jerry was famed for in the early 1900s. In the same time period, women were facing certain ideals of beauty standards – and those that deviated from these social norms were frowned upon. Women were still considered less than; with no declared rights – such as the right to vote, or the right to alter their bodies as they wished. In fact, during the early days of the subculture’s rebuilding – in the early 20th century – women had to have expressed permission from husbands or fathers before being allowed to receive a tattoo; and that was quite rare, according to historical records.

Women who received tattoos during this time period were considered to be the scourge of society – loose women with even looser values. Prostitutes, carnival sideshows, and women of lesser statue were generally the only women displaying prominent marks upon their skin. Now, this is not to say there weren’t women of higher statues being tattooed. There have been exceptions to this rule, in which higher-class, respectable women have been documented as possessing ink upon their bodies. However, these women generally wore small, dainty designs that were unseen by the public eye.

As time marched on, and women’s rights began to come into play, women started reaching for new ways to control of their bodies. Feminism entered society’s vocabulary, and women began ditching the desire to fit into a specific frame of approved beauty standards. Bras were burned, pants were donned, and stereotypes were broken. Women began cutting their hair how they wanted, wearing what they wanted, and breaking all norms that had been in place. No job was off-limits, no right was denied. Women protested, women marched, and they made a difference.

While women fought against public views and opinions, they still had a long way to go when it came to the tattoo practice. Despite valiant efforts being made on the legal front, women who wore heavy tattoos were still frowned upon, or looked at with raised eyebrows. Even to this day, a society in which more women are tattooed than men – according to recent studies, heavily tattooed women are perceived differently. But, it hasn’t stopped them yet.

During the early years of feminism, tattooing was a way for women to regain some control; to take their bodies into their own hands and alter them as they saw fit. However, there were still gender-appropriate designs and locations that women had to conform to in order to be socially acceptable. Large amounts of tattoos were still deemed as masculine, and certain designs – such as pin-up art, monsters, devilish figures – were considered inappropriate for women. Smaller, delicate designs appeared to be favored: butterflies, flowers, and hearts, usually located at the small of the back or just above the ankle.

As tattooing became more and more acceptable in modern culture, greater numbers of women began defying these subculture ideals of tattooed women. The rockabilly look made a comeback and women such as Kat Von D became influential, redesigning the general view on women’s beauty. Groups such as The Suicide Girls arose, battling the gender stereotypes that publications such as Playboy put out into world.

Today, young girls are encouraged to be what they want to be. Tattoos and other forms of body modifications have become acceptable in new levels – allowing women to break into the subculture at last. It is not uncommon to see women donning full sleeve tattoos filled with what was once considered to be masculine artwork. But, tattoos are being used for so much more, as well.

While feminism was the pathway for women to move into the tattoo culture, tattoo culture is now the way in which women are flaunting their feminist views – portraying them upon their skin for the world to see. While not every feminist is tattooed, and not every tattooed woman is a feminist, we can all agree that feminist quotes and designs are making a rise in the world of body ink practices. It is important that we realize the connection between feminism and tattoos, and appreciate it for what it was – the gateway in which beauty stereotypes and societal norms were shattered and left in the dust where they belonged. Tattooed women are just as beautiful – no matter the design, placement, or volume of their ink. And we can thank feminism for allowing these new beauty ideals into our modern culture! 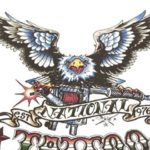