Home RIOT FEST 2016: A WEEKEND OF FREAKY AND WHAT TO EXPECT

RIOT FEST 2016: A WEEKEND OF FREAKY AND WHAT TO EXPECT

Riot Fest is equipped to be the greatest festival in modern day music culture. I have now attended Riot Fest and Carnival in Chicago for two years in a row and surely plan to be there again when September hits. Going to Riot Fest has always been a no brainer for me, at least so far, and with this year’s jaw dropping line up including ellusive acts such as Morrissey and Glassjaw– well, it’s enough to need a fresh pair of pants. I have indeed learned a few things here and there during my time at the 2014 and 2015 festivals, from gaining the full cultural experience, to choosing between bands, to being well dressed. Here is a quick preview of your future weekend at Riot Fest 2016 and some things to expect.

For live music enthusiasts, “festival” is just a more common term for “huge as crowd of people.” Held in major cities such as Denver and Chicago, Riot Fest is a three day hodge podge of drastically varied genres and every cultural background known to man. You will get stepped on. You will trip and fall. You will have beer spilled on your backpack while crowd surfers land on your head. It is an enlightening and beautiful experience as well as an amzing opportunity to people watch. Just remember that you are surrounded by an ocean of people who care about the good time that they are having. You might as well join them. Be prepared to meet the most cliche and unexpected music fans and walk away from each set with a new acquaintance and possibly a lifelong friend.

Rain happens. In fact, it seems to happen quite a bit at Riot Fest. At least for the past two years in Chicago. Dress for weather and comfort. You’ll be hiking by the middle of your day, and there is no way you’re leaving anytime soon to find a fresh pair of socks. Lucky for you, plenty of vendors carry them. Expect muddy moshpits, and don’t be surprised if you lose your shoes.

There is no carnival like a Riot Fest Carnival. If you’ve never seen a punk with a blue mohawk play ring toss, then you are in for a treat. Amusement park and alternative cultures collide at the festival’s centrally located carnival. Get cash in advance to avoid the nasty ATM fees and indulge in a bit of funnel cake nostalgia. The theme, after all, is Riot Fest and Carnival. So stop standing around and win your boyfriend that giant stuffed giraffe before the next band goes on.

One of the biggest selling points of the 2016 Riot Fest and Carnival in Chicago is the momentary reunion of the original Misfits lineup. Yes– we mean Glenn Danzig, Jerry Only, Doyle Wolfgang, and Frankenstein all on the same stage for this singular event. It’s really happening. If that isn’t reason enough to attend Riot Fest this year, then all hope is lost for you.

Finally, while festival goers will certainly witness performances by hip hop gods and rock and roll legends, they are also sure to find new names to fall completely in love with. That is what Riot Fest is all about. Unless your favorite band in the world is playing in the middle of the afternoon, my advice would be to seek out some artists you’ve never heard of before the headliners kick in. You might thank yourself for it later. 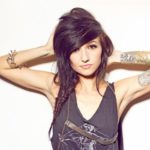