Louder Than Life says it all. Bands like Pierce the Veil, HELLYEAH, Avatar, Young Guns, Twelve Foot Ninja, Slayer, and Montionless in White kicked off day one with incredible, mind-blowing sets. Thanks to Monster Energy & DWP for hosting this epic music and Bourbon fest at Champion Park in Louisville Kentucky. Here is a recap on what went down on day one.

Despite rain and mud, fans poured in to the festival to rock out to some of the biggest names in music. With three stages, the best Bourbon in Kentucky (Larceny, Jack Daniels, and more), VIP meet and greets with bands, merch to support your band(s) of choice, and food galore, this all ages event has everything you could possibly dream of.  Now that we talked about what you can see and do, lets talk about the bands.

HELLYEAH is a metal band with some of the best lyrics I have ever heard. They are out promoting their new album “Unden!able”. If you have not checked out this album I suggest you grab it now and take a listen to “X” to start off. Chad Gray has that special way of saying “F**k You” to all his haters while inviting all of us in the metal community to come together, support one another, and mosh/rock our way through life.

For those of you who want to experience theatrics at their finest,  Avatar is your band. Hailing from Gothenburg, Sweden, they are winning the hearts of metal fans across the world. Avatar has a way of turning every set into a real life story. Their newest album “Feathers and Flesh” is no exception … it is a fable set to metal.

Young Guns is another import from the UK.  This band has been touring across American festivals for the last few years, including Vans Warped Tour in 2016. Young Guns just dropped their new album “Echos”, which features energetic, groove-filled, anthems that will get you fired up. You do not want to pass up a chance to see them live!

Twelve Foot Ninja is a riot both in personality and on stage. Touring in support of their new album “Outlier”, this band from Down Under will make you a fan from the minute the music kicks in.  Their sound is described as “a propulsive and hard-to-shoehorn mix of searing alternative metal and shape-shifting, experimental rock with progressive tendencies.”

Motionless in White fans know exactly what to expect at every single show the band puts on – an energy packed punch in the face.  For those who have never seen Motionless in White, buckle up kiddies. Their shows incite a heavy amount of body passing, mosh pits, and their music produces monstrous walls of body-slamming sound from one song to the next. Take a listen to the single “570“ and you’ll get an idea of what I’m talking about.

Slayer, a staple in the metal scene for many years, is a band of legendary status. Seeing the band perform live proved why they still hold the title as one of the best metal bands ever.  Slayer… enough said.

Stay tuned for more coverage on Louder Than Life 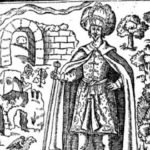