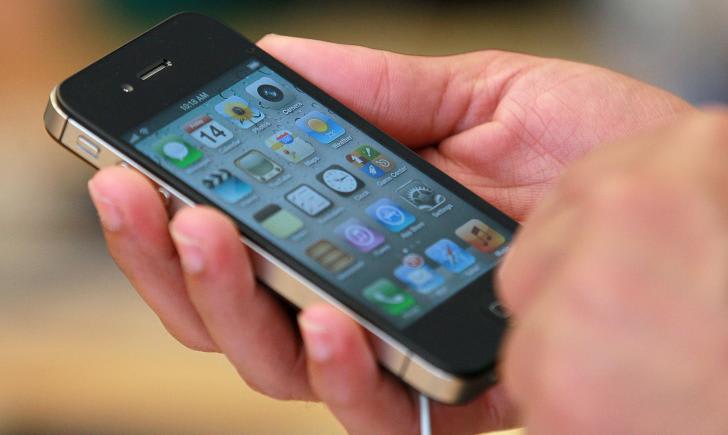 Like all industries, the tattoo industry must continue to innovate in order to stay relevant. Regardless of its long, rich history, without frequent innovation, it would eventually fade; dissipating back into the underground where it has spent many a year before. But where do we go from here? Nokia believed it had the answer to this age-old question.

In 2012, Nokia—the long-standing cellular phone and electronics company—filed a patent application for something completely unexpected from the tech mogul: magnetic tattoos. Why, you ask, did Nokia suddenly get into the body art industry?

Well, that’s what makes the patent so interesting. . .

Magnetic tattoos already sound catchy enough, but Nokia took it one step further. According to the patent, the tattoo would actually tingle when your phone rings! Creeped out yet? I know I was when I thought about my tattoos quivering every time someone decided to call my phone. Although I do have to admit, the technology behind the concept seems cool as hell.

The concept is based on haptic feedback technology—which is essentially a form of technology which operates through touch. In order to work, a form of ink containing metallic compounds, and possible rare earth elements, is demagnetized. After being placed into the skin through the use of regular tattoo machines, the ink would then be remagnetized, which would leave the tattoo ink susceptible to magnetic pulses.

The patent goes on to describe the process that occurs after the tattoo is remagnetized. They state that the tattoo would emit a crackling sensation, or a tingling, every time your phone sends a notification. These sensations would vary by the message the phone was attempting to send, giving different bursts of tingling feelings for each notification; for example, several long bursts of sensation could indicate the phone ringing, whereas one short buzz could signal a low battery. Once the notifications begin, the tattooed phone-owner would be required to scratch the tattoo to end the notification.

Perks of the technology would include never missing a call or text while your phone was on silent or using the phone to set an alarm in the morning, which would undoubtedly wake you up. The downside? You can’t tell your boss or that pesky ex that you missed their call because your phone was on the charger or that the ringer was on silent! There’d be no more dodging calls, that’s for sure.

Currently, in 2016, there has been no further movement on this patent. However, you have to acknowledge one thing. This technology, or at least a similar counterpart to it, appears in science fiction novels, movies, and televisions shows on a regular basis. We’re clearly open-minded to the concept of this high-tech invention. It’s where we see the future of cellular phones going. Even though Nokia has yet to make any movements on this unique, albeit freaky technology, the fact that they have even filed the patent shows that they believe this new wave is coming and they wanted to own the rights before it hit the ground running.

What do you think about this innovative concept? Would you rock a tattoo that was synced with your cell phone? 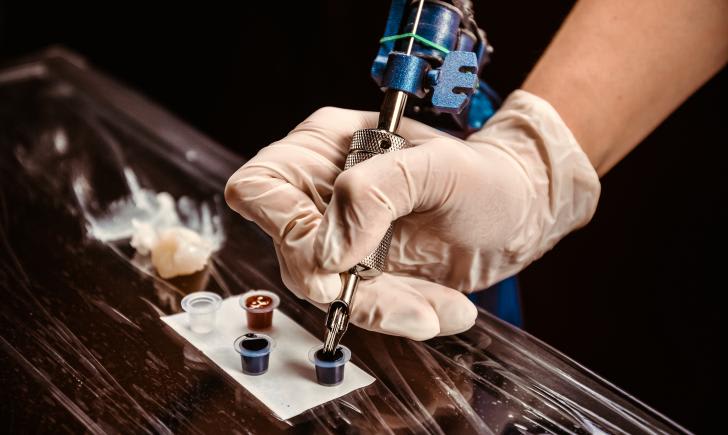 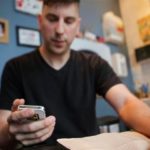