posted by Erica B
The Plague, also known as the “pioneers of FUTUREPUNK”, recently released a new single “Will You Ever Know Me” from their upcoming debut album Hope For The Future. According to frontman David Adam Monroe, the making of this album was a way for band members to live by the values they were writing about. “If our goal is to make the world a better place with our music, then we have to walk the walk.  We need to have integrity when no one is watching – those are the times that matter most.”
In true ballad form, “Will You Ever Know Me” is beautifully written, filled with Monroe’s honey-sweet vocals (reminiscent to Chester Bennington), and laced with irresistibly decadent hooks.
Not knowing the story behind this song prior to listening, I could sense genuine pain, vulnerability, and raw emotion behind the lyrics. I later found out that the touching song is about David’s father, who was diagnosed with cancer during a time when their relationship wasn’t at it’s best.
Whether you’re going through a breakup, grieving the loss of a loved one, or you’re just in the mood for a good ballad, “Will You Ever Know Me” is definitely worth a listen.
Click below to experience “Will You Ever Know Me”
The Plague Release “Will You Ever Know Me” from Upcoming Album ‘Hope For The Future’ was last modified: August 4th, 2017 by Erica B
EnthusiastsMusicVideos
0 comment
0
Facebook Twitter Google + Pinterest
Previous post
Next post 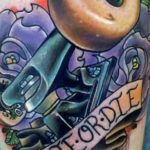