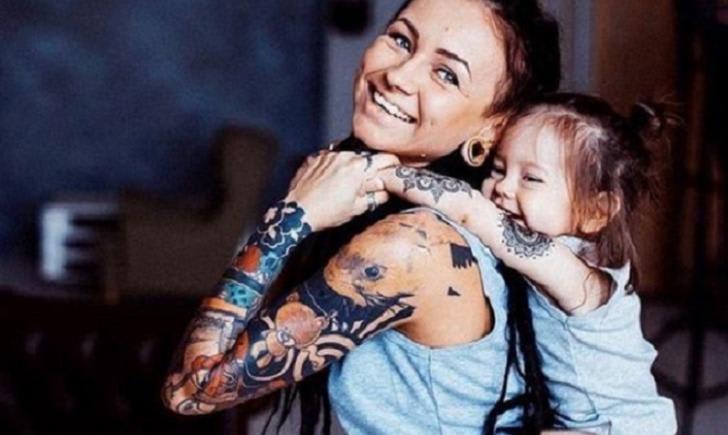 If you’re even the slightest bit aware of tattoo history, you’re familiar with the stigmas that seem to have followed the practice throughout the ages, despite the art form’s constant appearance in human society. If you’ve followed any of my earlier blogs, then you’re most likely also aware of the struggle women had to face before and during the beginning of the feminism rallies when it came to bearing the same tattoos as their masculine counterparts.

Today, the tattoo culture is swarmed with women. In fact, in a study conducted by Lightspeed Research, it turned out that over fifty-nine percent of women have tattoos in contrast to the forty-one percent held by men. If they are estimating over half of the current female population in the US possesses tattoos, it’s logical to assume that some of those inked women are already—or will be—mothers.

Women have long faced stereotypes when it comes to body ink. Those who take an anti-ink perspective—and I mean the extremists, not the ‘you do you and I’ll do me’ types—have this image plastered in their head of a hardcore biker chick getting yet another piece added to her already-covered arm or a woman of the night with ink lining every inch of her exposed skin. While this may not be the truth, as many of us—myself included—have worked in highly professional settings with ink nestled neatly beneath our skin, you know how it goes. . . that’s what they think of as truth, and so it is, to them.  And this is the way of the stigma, the way that it continues to drivel on; filling society with its tainted or misinformed views.

Now, let’s think back to that fifty-nine percent of women. More specifically, let’s think about those with children—the ink-rocking moms. What does society think of them? As tattoos have forced their way back into favor, becoming more socially acceptable with every passing day, are tattooed moms held to a different standard? What about the children they raise? Do they face a different set of obstacles when their peers see mom’s ink peeking out from her shirt or spiraling down her forearm?

Pages such as “Your Tattoos Make You a Horrible Mother” (which some sites claim is a joke, others claim is serious and quite offensive) and the “Concerned Moms Against Tattoos” attempt to shame mothers who wear their ink with pride. You can find slogans such as #ThinkBeforeYouInk and Moms Without Tattoos Have Children With Futures splashed across their pages. These harsh words force mothers into regretting their ink or feeling guilty for their own self-expressionism; for showcasing their own identity across their skin.

But, not everybody feels this way. Placing an indelible mark on your skin does not affect your parenting skills at all. Just because you stepped into a tattoo parlor, whether before or after your child’s birth, does not mean that you will immediately join a gang, drink while parenting, or abandon your children in the car while you snag a smoke and a shot of whiskey inside the resident dive bar. No, your tattoos do not alter your parenting state at all.

As a mother of three, and a wearer of tattoos, I can honestly say that my tattoos don’t actually come into play much in my parenting life. I became a mother fairly early in life, at age twenty, and at that time in my life, I didn’t even so much as have my ears pierced. I was afraid of the pain, if I’m to be honest. I also come from a traditional British family, and, at the time, no member of my family bore tattoos. . . at least, none that I was aware of. But, after facing the pain of childbirth without the aid of any medications whatsoever, I quickly made an important self-discovery. I’m tough. I’m tougher than I ever could have realized. I made it through what is thought to be the most excruciating pain a woman can feel, and I made it out to the other side on my own.

Shortly after that, I found myself getting my ears pierced. Then came my nose and my belly button. And before long, I was sat in a tattoo parlor chair, with my best friend and co-worker beside me, getting my first tattoo. I was hooked. Since that day, I have accumulated four tattoos—one of which are my children’s names—and added and removed several piercings. While I’ve had my fair share of glares and snarky comments, I haven’t ever failed in my duty as a mother to my children. I am their mother, first and foremost; tattoos or not. I keep them fed, I keep them bathed. They’re well-educated and disciplined. They’re polite, responsive, and caring. They’re interesting, each having their own unique quirks and specialties which make them out-of-the-box children. Can I say that is because I’m a tattooed mother? No, because my tattoos don’t make my parenting. . . my personality and level of involvement do. And that is more than what you’ll find written on my skin.

I’m not the only mother who believes this to be true. When you Google the phrase ‘Moms and Tattoos’ you’ll find more pages and blogs of mothers discussing their experiences as tattooed mothers and rallying for it than you’ll find hate pages or arguments against it. Some mothers, such as Maria Lianos, a blogger for Babble.com, claim it was significant to their own good.

“It’s the most significant thing I did for myself as a mom,” Lianos writes in an expose Babble posted about Moms with Tattoos five years ago. Michele Zipp of The Stir writes, “Some tattooed moms are feisty. Others are shy. But we all love our kids. Sometimes our tattoos even say so.” Her article, entitled Your Tattoos Make you a Horrible Mother Proves the Opposite discusses her own experiences as a tattooed mom, claiming, “Babies are mesmerized by them, meaning they are entertainment for hours and hours.” 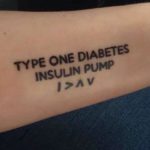