Mike Giant – the Man Behind the Ink

You might recognize him for his modern black and white tattoo styled flash sheets, his big and bold graffiti, graphic t-shirts, or his signature tattoos.  From making his mark as a graffiti artist on the streets of Albuquerque to co-owning his own successful clothing line, Rebel8, there’s no question Mike Giant has become a generational icon in the world of art. What impressed me the most about Mike, besides his devotion to the peaceful Buddhist lifestyle, is a unique style and impeccable quality of his art. From the passion that fuels him to his philosophies and socialistic ideas, Giant’s powerful influence in the art community has earned him a tremendous amount of love and respect.
Despite his colorblindness, Mike Giant will continue to create his big, bright, and vibrant illustrations, as well as his trademark black and white tattoo styled flash sheets. Without Mike’s unique art style and Positive Mental Attitude, there would be no such thing as Rebel8 or the inspiration that he has given to millions of artists around the world!
What motivated you to get into tattooing and street art (graffiti)?
I grew up around tattoos in Albuquerque. My family moved to New Mexico in 1979 and I’ve been really interested in tattoos ever since. I started getting tattooed in 1992 and started making tattoos on my friends in 1998.
I started writing graffiti in 1989.  I’ve never considered myself a “street artist” and find it highly offensive when anyone calls my work “street art”.  They might as well call me a worthless poser.
How has being red and green color blind affected your art and tattooing?
In basic terms, it has made me gravitate towards black and white or really high contrast color since I don’t see subtleties in tone and hue.  When I do use color, I have to be really organized so I don’t make mistakes.

What was it like working with Shepard Fairey, and would you collab again?
Shepard and I have been friends since 1993.  We’ve worked together a few times over the years.  I’ve always been really impressed by his courage, consistency and graphic design skills.  I’d love to collaborate with Shepard again someday.  No doubt.
What are your thoughts about Banksy and his style?
I’ve loved Banksy’s work since the beginning.  He’s Punk in the true nature of the word.  I’m surprised he’s not in jail considering some of the pranks he’s pulled. I hope he’s able to produce work for many years to come.
What was it like working on the Major Lazer music video? How long did it take you to do the full wall piece in the video?
That was a great job.  I took the subway from DTLA up to North Hollywood, biked over to their studio, met the crew, got the lowdown and got to work.  It took me about 4 hours to write all the lyrics out.  They filmed the process with multiple cameras.  I got paid in cash the following day.  Can’t beat that.  I had to return to their studio about 3 weeks later to write out a few more things so they could finish editing.  Another few weeks after that the video hit the street.  I was impressed and honored to be a part of the project.  It blew me away that neither Major Lazer nor Pharrell were in the actual video. They really let me shine.  I’m super thankful for that.

What is the story behind the Rebel Eight “8” and when did you first draw it?
Around 2004, I made a drawing of roller skates that was printed on the front of a shirt with the laces going over the shoulder.  I added an “8” to the tongue of the skates, inspired by an 8 that Mr. Went tattooed on my arm around that time.  Joshy loved the 8 on the skates and asked me to expand on it.  We’ve been using it ever since.
How does it make you feel when you see the pictures of the thousands of people with the Rebel Eight “8” tattooed on them?
I get stoked.  Those are the super fans.  They’re the REBEL8 Army.  I’ve got their back.
“Spread the 8” and “P.M.A.”, what do they mean to you?
“Spread the 8” is simply the opposite of “Spread the Hate”.  PMA means Positive Mental Attitude, which we have.
And lastly, what advice would you have for any tattoo artists aspiring to start their own clothing line?
Find a business partner.  Without Joshy, I would have never been able to get REBEL8 off the ground.  I concentrate on the drawings, he concentrates on business. It’s been a great partnership. 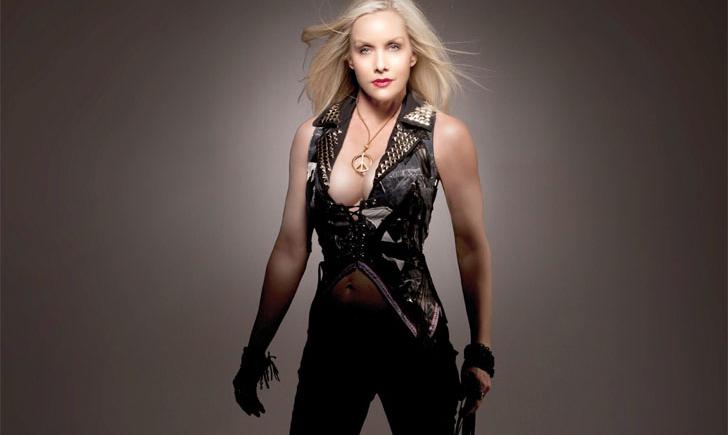 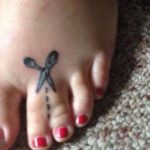