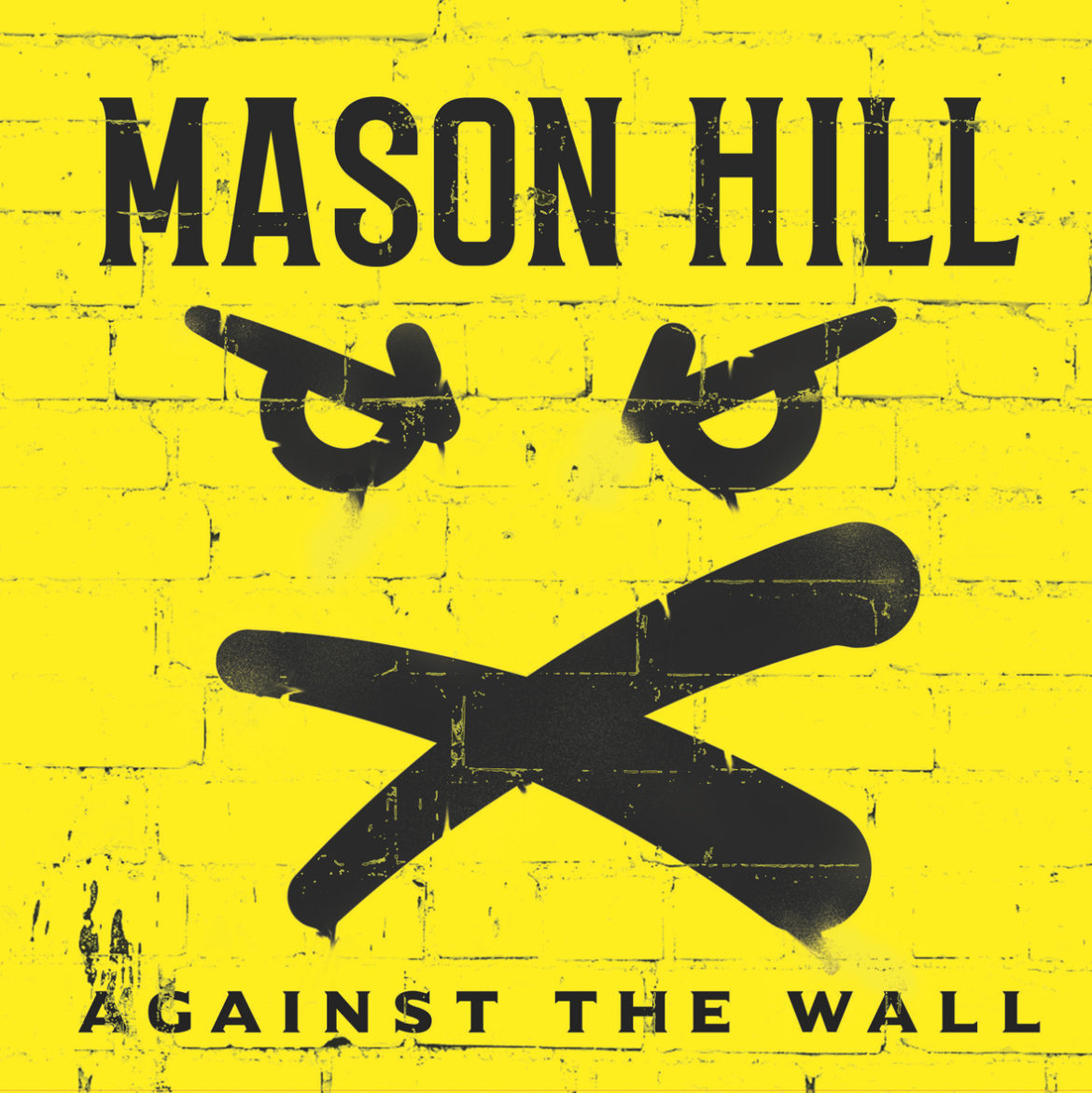 Glasgow, UK based Rock band MASON HILL has released the official music video for their blistering metal single, “D.N.A.” Directed and produced by David Barras and Scott McKay for Strangeboat Productions, “D.N.A.” is the third single off the band’s chart dominating debut album, Against The Wall.

“A blistering and hook filled bit of gleaming modern metal, it manages to perfectly mesh heaviness with melody that shows a maturity way beyond most of their peers.

With a superb production, this just doesn’t pop out of the speakers, it practically roars, the Highland passion in full flow and Celtic fire blazing.” – Metal Planet Magazine

It is an incredible achievement for new British rock band, starting from an almost zero sales base and during a pandemic when there has been no traditional retail, no live shows or touring opportunities. The innovative marketing campaign run by both 7Hz Productions (ADA) and the band involved a six month fan building initiative utilizing the band’s social platforms, streaming performances, virtual ‘in store’ launch events, dark ad audience building and strategic media take over promotions. Coupled with very positive press reviews, online reviews, regional radio support, and four Planet Rock playlist additions, the band’s new album has connected musically with rock fans resulting in a surge of sales.

Advance Praise for Against The Wall:

“The music really does the talking. Powered by enough energy to light up the national grid!” – Metal Hammer UK (8/10)

Purchase / Stream Against the Wall Online:

MASON HILL has also announced UK tour dates. The 17 date UK & Irish tour will head out in early September with support from Hollowstar and Empyre. Despite never having headlined a club tour before, the band has sold 1,800 tour tickets in just 2 weeks!

“Our fans have been so supportive and to have a top 20 national album on our first release is mind blowing. We are extremely humbled at the reception Against The Wall has received and needless to say, it has been an extremely bright light for us during this long Covid tunnel. It has made us even more hungry to get back out and play live again. Everyone is itching to crank up the volume and blast out the new material” – (Scott Taylor – Vocals)

To trace the Mason Hill story to its origin, Scott Taylor and James Bird met at school in Glasgow. At the age of 14, Bird was already an accomplished, award-winning, gifted guitar prodigy, who’d shared a stage with Ozzy Osbourne/Black Label Society man Zakk Wylde, a personal hero, toured across the UK, and secured endorsements from leading music brands. The teenage Taylor already harboured dreams of fronting a rock ’n’ roll band, and the pair’s friendship and shared aspirations led them to form a band. In 2013 the pair formed Mason Hill, adding drummer Craig McFetridge, bassist Matthew Ward, and guitarist Marc Montgomery in due course. Five diverse, colourful characters, the members of the group were instantly bonded by a shared, singular vision for their band: Taylor relinquished long-held plans to become an Olympic swimmer in order to focus on music, while Ward withdrew from a degree course at the University of Glasgow, where he’d been studying microbiology/virology. For these ambitious young men, Mason Hill was and is priority number one.

“this is the best new heavy rock act currently performing in the UK.” (Fabrications HQ)

“a prodigious talent that belies their fledgling years.” (Planet Rock)

In December 2015 the band released their debut E.P, the self titled Mason Hill, featuring four tracks which highlighted exactly why this band are turning heads – outstanding songs that demonstrated a maturity far beyond their years. Recorded at The Foundry Music Lab with Sandy Jones (Wet Wet Wet) in the producer’s chair, the EP has been critically acclaimed amongst the music press and fans alike.

2016 brought several breakthroughs in the band’s career, firstly the invitation to perform on The Rising Stage at Ramblin’ Man Fair, headlined by Whitesnake and Black Stone Cherry, winning the UK wide Highway To Hell battle of the bands competition that earned them opening the main stage slot at Hard Rock Hell, alongside the likes of Ugly Kid Joe, Ratt, and Glenn Hughes, appearing at Winterstorm Festival, alongside the likes of Ricky Warwick, Last in Line (ex-Dio) and Inglorious to selling out their first ever headline show at the famous Cathouse Rock Club in Glasgow with one month left to spare – a feat only achieved in recent times by Anthrax and Black Stone Cherry.

The career progression continued into early 2017 when the band was special guest to Inglorious in London at their sold out second album launch show, appeared triumphantly at Download on The Boardie Takeover Stage, opened for Airbourne at their sold out show in Edinburgh. and returned to their hometown for their second headline show at G2; again this sold out with demand so great that it was upgraded to the 750 capacity The Garage where the likes of Magnum, Tesla, and Symphony X have performed – packing the place to the rafters

The first promo video “’Now You See Me” was released in 2017, which to date has more than a quarter of a million views.

The year ended with support for GUN at Glasgow Barrowlands in December plus an appearance at Planet Rockstock:

“Fresh-faced Glasgow boys Mason Hill were nothing short of a triumph. Completely packing out the room, they served up a rock and roll storm from the offset with anthems like ‘Now You See Me’ before showing off another side of their art with powerful closer ‘Where I Belong’ that delved into rock ballad territory. In fact, the Planet Rockstock faithful were so won over we’ve been inundated with requests for Mason Hill to be bumped up the bill in 2018” (Planet Rock)

The band spent a lot of time developing material for their album and the first show of 2018 was at Glasgow’s King Tuts which sold out in three days, ten weeks in advance of show!

Ladies and gentlemen – Mason Hill are back with fire in their belly. This group of high achievers carry the pressure of early success but as they take to the stage to the intro tape, it is obvious they have class and confidence…” (Down The Front Media)

“There are few up and coming acts in Scotland that have made a notable impression as swiftly as Glasgow rockers Mason Hill. They have grown in popularity and garnered an insane following like nothing else” (SMS, Scotland)

“Mason Hill never disappoint, in fact they always take it to the next level every time you see them” (Jace Media)

This was followed by an appearance at TRNSMT on the same day as Queen, and Steelhouse Festival in Wales alongside such as Black Star Riders, Glenn Hughes and, Myles Kennedy.

The latter part of 2018 saw Mason Hill going out on tour supporting The Dan Reed Network at shows across the UK and a return to Planet Rockstock, by popular demand after their performance in 2017, this time on the main stage.

In a further development Mason Hill agreed to part ways with Frontiers Records.

A further sold out King Tuts show followed in 2019 and a sub headline slot at Planet Rock’s Winters End in February 2020. Since then live activity has been curtailed by the covid 19 pandemic, in common with every other band. However the band has not been idle and the focus has been on the debut album, recorded at Riverside Studios near Glasgow and vocals in New York, and mixed by Chris Sheldon (Foo Fighters, Biffy Clyro).

In 2020 the band signed a management contract with Jaba Music and a record deal with 7Hz Productions, and the album release date is planned for 5 March 2021. Three singles have so far been released to date from the album to critical acclaim.

2021 promises to be a big year for Mason Hill, despite on going restrictions.

Mason Hill are just getting started! 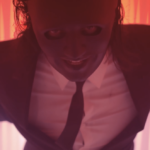