Before signing their first record deal with Roadrunner Records in 2009, Bleeker, who was known at the time as Bleeker Ridge, focused their energy on honing their sound, playing shows, and recording. In 2010, they released their first LP Small Town Dead. Soon after the release, Bleeker Ridge was on the road touring with bands like Papa Roach, Buckcherry, and My Darkest Days.

In 2015 the band’s drummer, Dustin Steinke, was asked to join Sixx: A.M.on their upcoming tour. By that time, they had dropped ‘”Ridge” from their name and added bassist Mike Van Dyk to their lineup. Bleeker’s most recent album, Erase You, was released in October 2016 via Five Seven Music.

Bleeker is performing in Chicago on January 26th at the Double Door and at The Fillmore in Detroit on February 10th. You can also catch them at Northern Invasion, which is happening May 13th & 14th 2017 at the Somerset Ampitheatre in Somerset, WI. 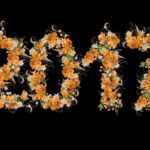