The massive list of talent includes nearly 100 music artists across four full days on five stages, headlined by Red Hot Chili Peppers in one of their first shows back with all four original members, Nine Inch Nails, Slipknot, and KISS, with additional must-see performances from Shinedown, Rob Zombie, Bring Me The Horizon, Alice In Chains (and a separate set from Jerry Cantrell), Alice Cooper, Incubus, Evanescence, Lamb Of God, Tenacious D, Yungblud, Chevelle, Papa Roach, Halestorm, Mastodon, In This Moment, The Pretty Reckless and many more.

Fans from around the world can also tune in to ‘That Space Zebra Show’ hosted on DWPresents Twitch channel (https://www.twitch.tv/dwpresents) throughout the Louder Than Life weekend for an immersive backstage experience every day of the festival, featuring artist interviews and exclusive, behind-the-scenes action, as well as streaming of the DWPresents Stage performances. Tune in and follow the channel to be able to ask your favorite artists your dying questions! The backstage experience will be hosted by cast members from ‘That Space Zebra Show’ and ‘The Power Hour.’ Exact performances and stream times will be announced the week of the festival.

In addition to more than 90 music acts over 4 days, attendees at Louder Than Life can enjoy some of the best food and drinks that the Louisville area has to offer, as well as various sponsor activations and experiences.

Additional Food, Beverage, and Experiences include:

More experiences can be reviewed HERE

Louder Than Life would also like to thank its 2022 non-profit partners: Artist for Trauma, Demons Behind Me, Fxck Cancer, Headcount, Take Me Home, & To Write Love On Her Arms.

Louder Than Life is produced by Danny Wimmer Presents, one of America’s largest independent producers of destination music festivals. Since debuting in 2014, Louder Than Life has continued to develop and grow. In 2019, Louder Than Life welcomed more than 128,000 fans over three days, earning its spot as the largest rock festival in America. For 2021, festival organizers added a fourth day, with the festival kicking off on Thursday and hosted over 160,000 concert goers.

The Highland Festival Grounds at KY Exposition Center is located at 937 Phillips Lane in Louisville, KY. 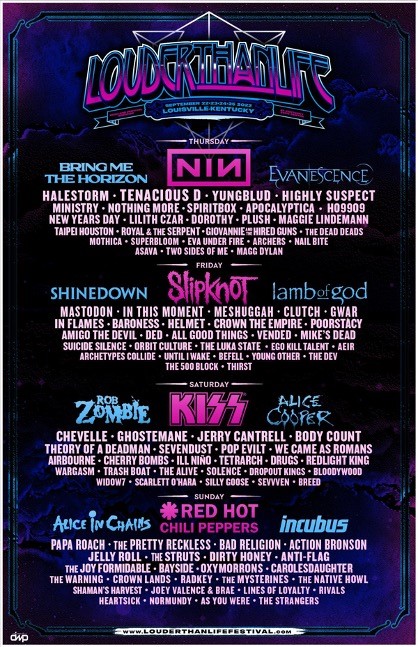 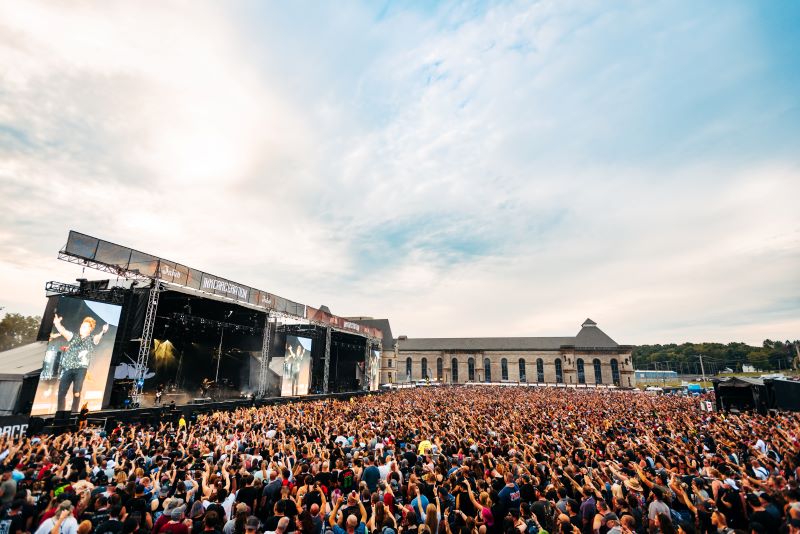 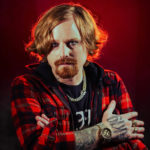