Look Out for These Tattoo Trends in 2017 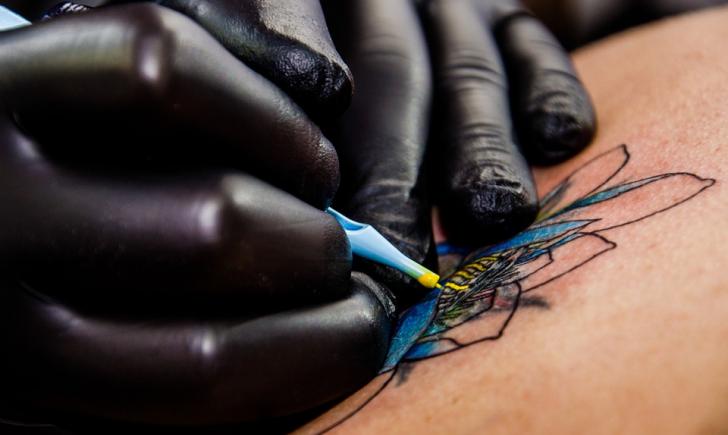 It’s 2017! Hooray! Let’s all take a breather and thank our lucky stars that we made it out of 2016 alive and well. With the dawning of a New Year comes yet another excuse to get some new ink… after all, you made it through, and hell, so did Betty White! Sounds like reason enough for me.

So before you head off to the tattoo shop to get your ‘I survived 2016’ celebratory tattoo, check out these tattoo trends that have made it through to the New Year as well. 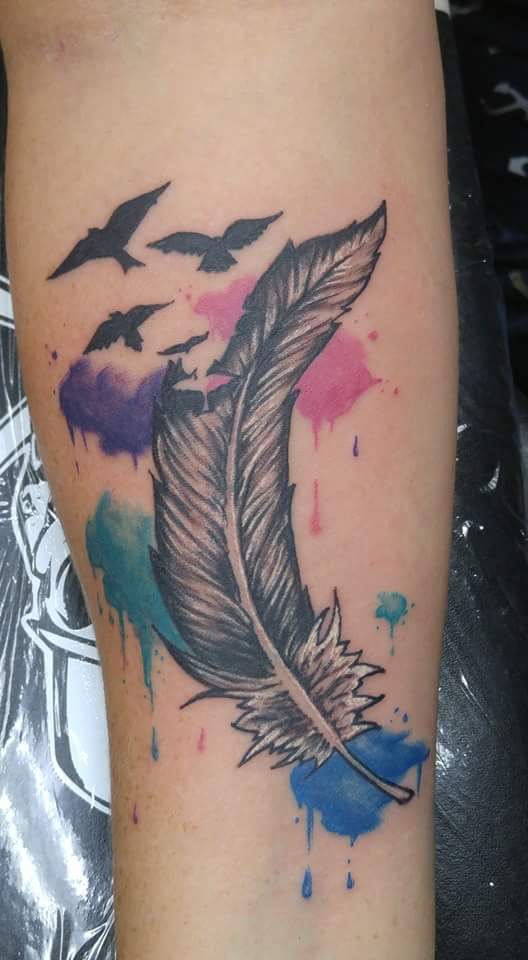 These true pieces of art were all the rage in 2016 and they’ve managed to make the 2017 cut already. Over the last year, these color-out-of-the-lines tattoos began popping up in just about every tattoo shop across the country. The bold, rich colors and distinctive edgeless patterns have been integrated into just about every style of tattoo, from nature patterns to geometric designs. Having only really hit the scene over the last year, we can expect big things from the watercolor tattoo style in 2017 as more and more artists are becoming comfortable with this unique style. 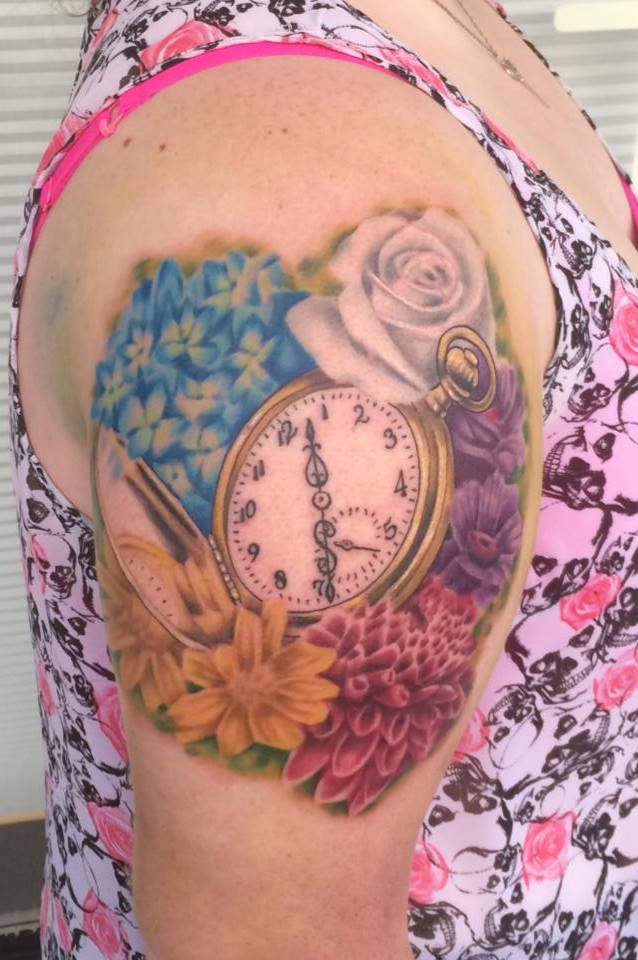 Looking for the hottest new addition to any tattoo? A quick browse through any social media site will tell you that a compass or a pocket watch is the fastest way to make any tattoo hip and trendy. For some unknown reason, these items have been surfacing in hundreds of tattoos all across the internet. Of course, we’ll be honest; they’re generally a wildly impressive example of photorealism. These hyper-realistic tattoos have been paired with everything from lacework, maps, roses, skulls, and gemstones, making each one unique in its own right. Keep your eye out for more of this picture-perfect tattoo theme.

Despite the awful name, these tattoos are quite nifty. Personally, I quite enjoy the stark contrast displayed by this genre of tattooing. The bold reds splattered across the black and grey piece make them extremely eye-catching when done correctly (On the flipside, if not done delicately, they can be a big old hot mess). These tattoos began to regain popularity in the tail of end of 2016 and I’m looking forward to seeing where this daring style takes us in 2017. 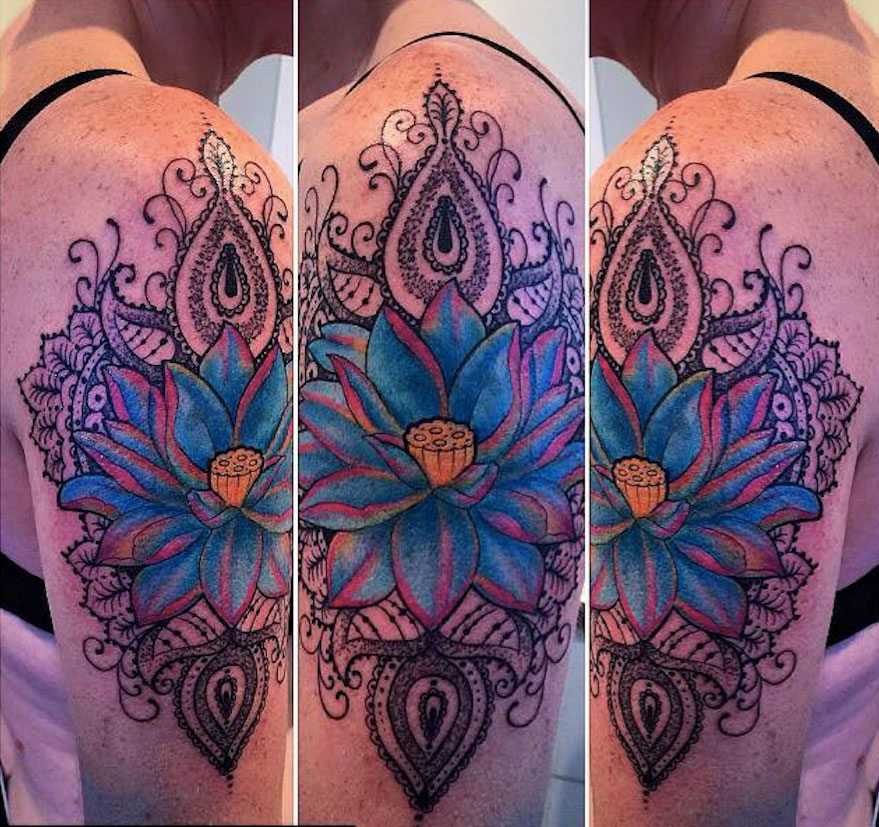 If you’re looking for a trend to title “Typical Chick Ink,” this would be the one. Kicking dreamcatchers and infinity symbols out of the top running, lacework has become the new go-to for most female tattoo requests. Generally seen in black ink, the lacework is most often paired with a bright accent tone, usually in the shape of a jewel, heart, or rose but have been combined with everything from skulls to daggers on some of the more gothic-themed girls. 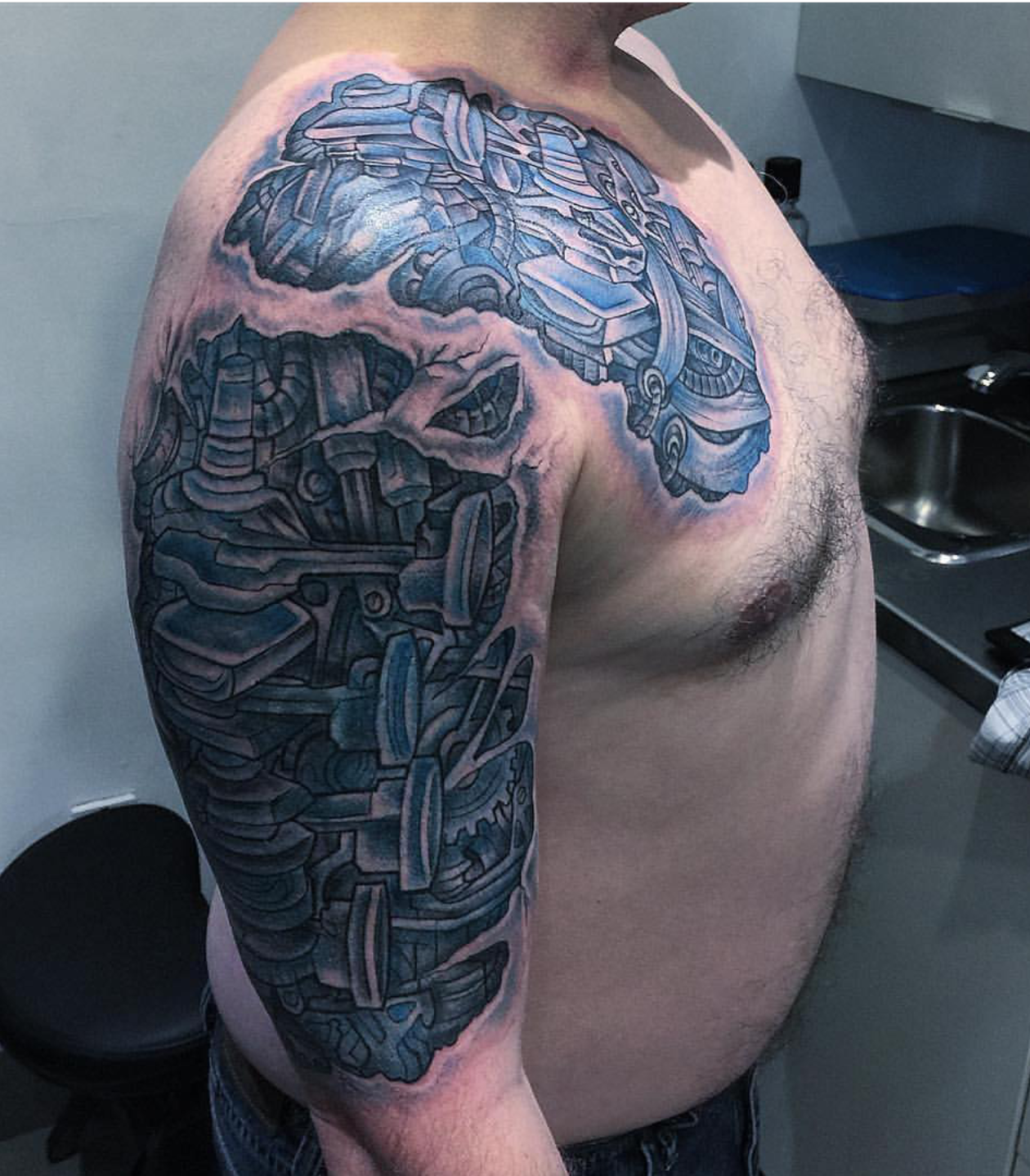 This style of tattooing isn’t exactly the new kid on the block, but rather, more like the college kid who’s come back to town. Having been popular many times in the past, biomech had to make its come back in a killer way. With newer machines, photo quality stencil printers, and new and improved techniques, biomech designs have become detailed pieces of impressive art. In fact, many artists have even managed to master a three dimensional quality with this style, while others have nailed the shading process so that they seem chrome-like in appearance. 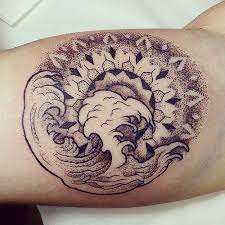 Another long-time standee of the tattoo industry, dotwork seemed to virtually disappear over the course of time. This style lives up to its name in that intricate geometric designs are created from literally nothing but tons of teeny tiny dots. Once only hand-poked, the style has adapted and can be created using the traditional method or the more contemporary method of using a tattoo machine. With the rise of the Mandalas and other geometric-favored styles, dotwork is making a serious comeback in the last few months and can only be expected to keep rising. 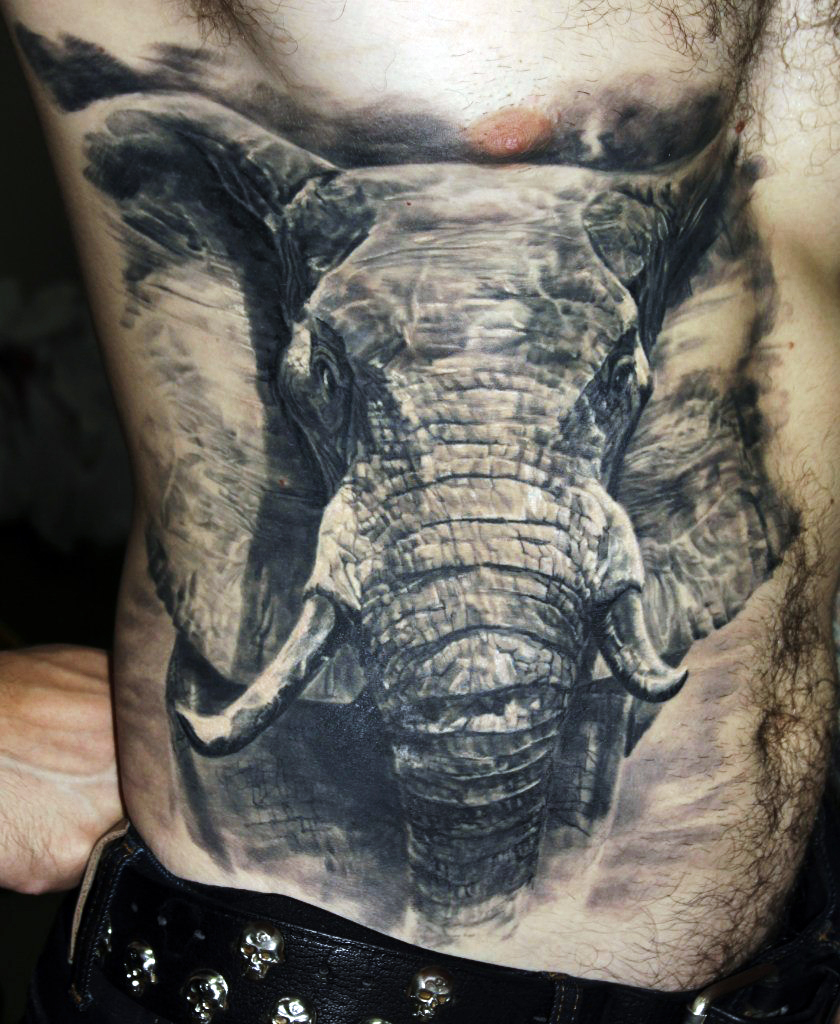 This is a huge deal as of late. Whether being utilized on objects (such as the aforementioned compass or pocket watch) or portrait sessions, photorealism has been pushing its way to the forefront of the tattoo watch list. This truly impressive style makes your body into a piece of art, giving the most beautiful depth to your ink. 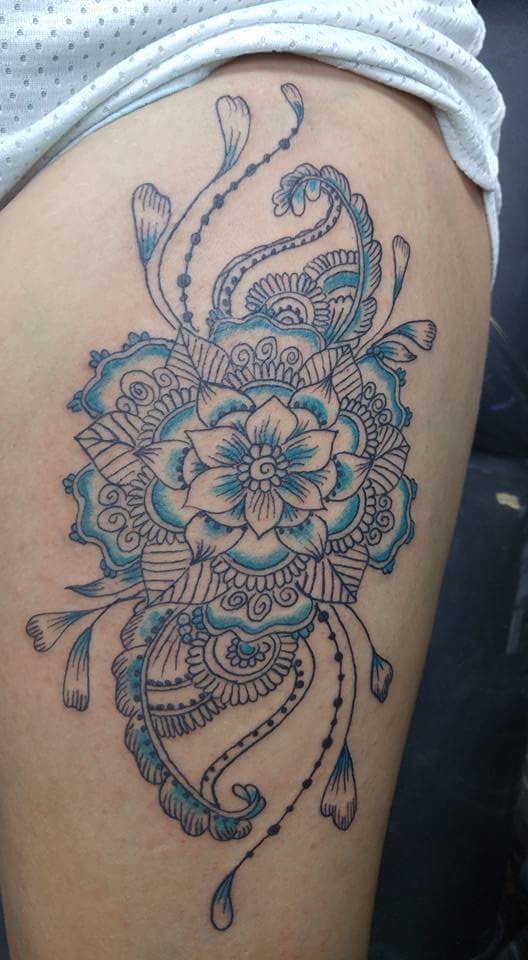 Madala tattoos are geometric representations of spiritual beliefs and ideas. They can be seen in either solid black line work or bright, colorful illustrations. Generally a circle, each design has its own unique meaning. With everyone trying to find their own version of inner peace, Mandalas seem to be serving as a stepping stone for those trying to remember what they’re searching for. 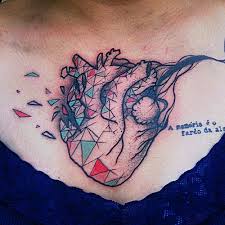 Today’s newest tattoo trend involves natural objects depicted in the geometric design. For example, animals or trees created from geometric patterns and shapes. Usually brightly colored, they can be seen in black and grey work as well. Other geometric designs have been making a rise, too; such as simple shapes like a cluster of dots or straight lines. 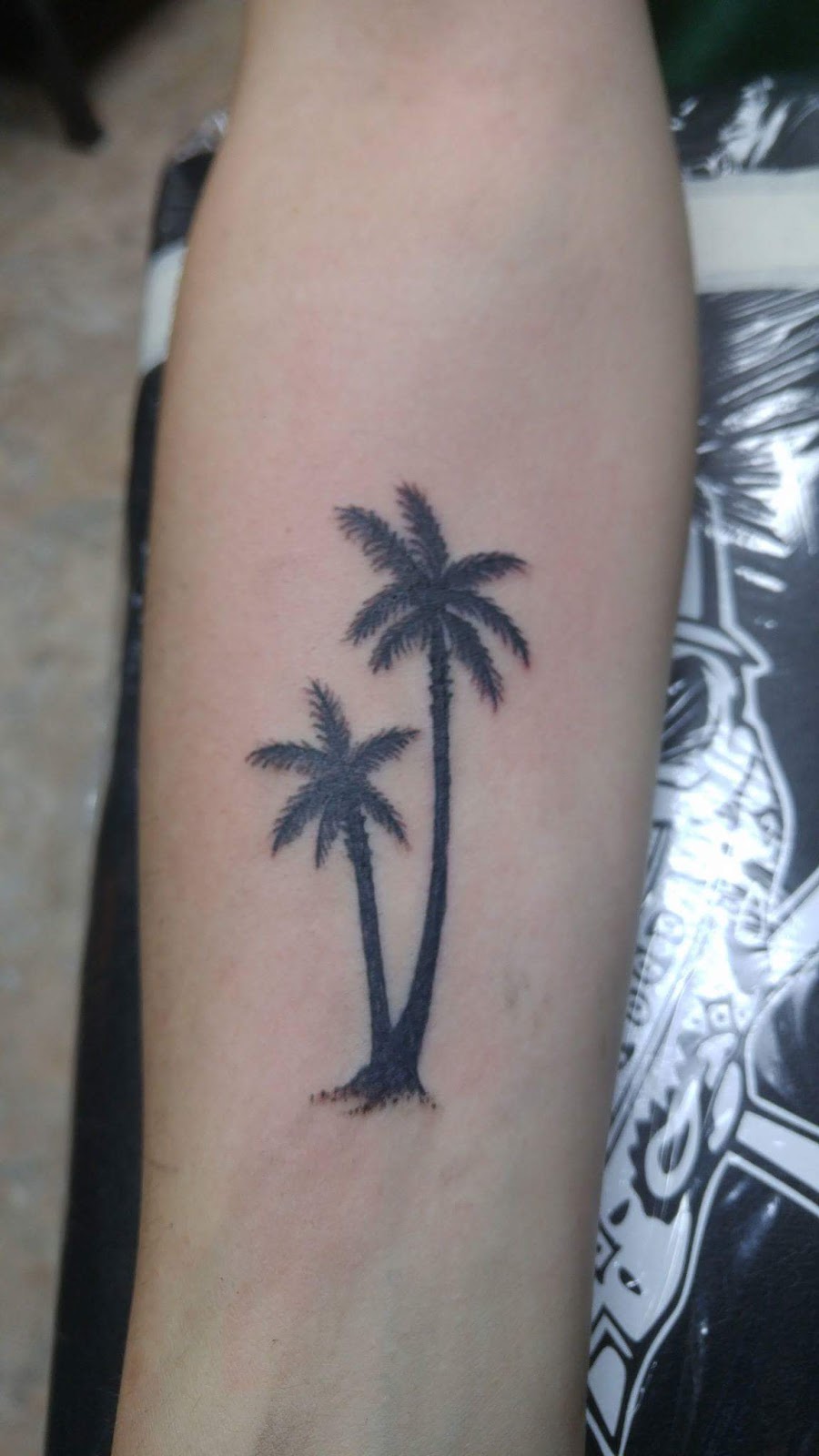 These can include everything from small symbols or numbers to a short phrase. These dainty designs are usually placed in delicate areas of the body and light on detail but heavy on cuteness. They’re great for those who are unsure of what design they want to commit to, as they’re small enough to easily cover in the future. They’re great for the free spirit or the corporate worker who cannot have large portions of ink on their skin. No matter the reason people are opting for these petite pictures, we’re sure glad they are. 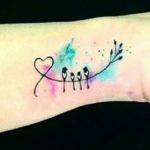 7 Outrageous Tattoos that Happened in 2017