Home all posts Legendary Alt-Rock Front-Man Remembered in ‘Reintroducing Chuck Mosley: Life On and Off the Road, by Douglas Esper
all postsEntertainmentFeaturedMusicNew ReleaseNews

Legendary Alt-Rock Front-Man Remembered in ‘Reintroducing Chuck Mosley: Life On and Off the Road, by Douglas Esper 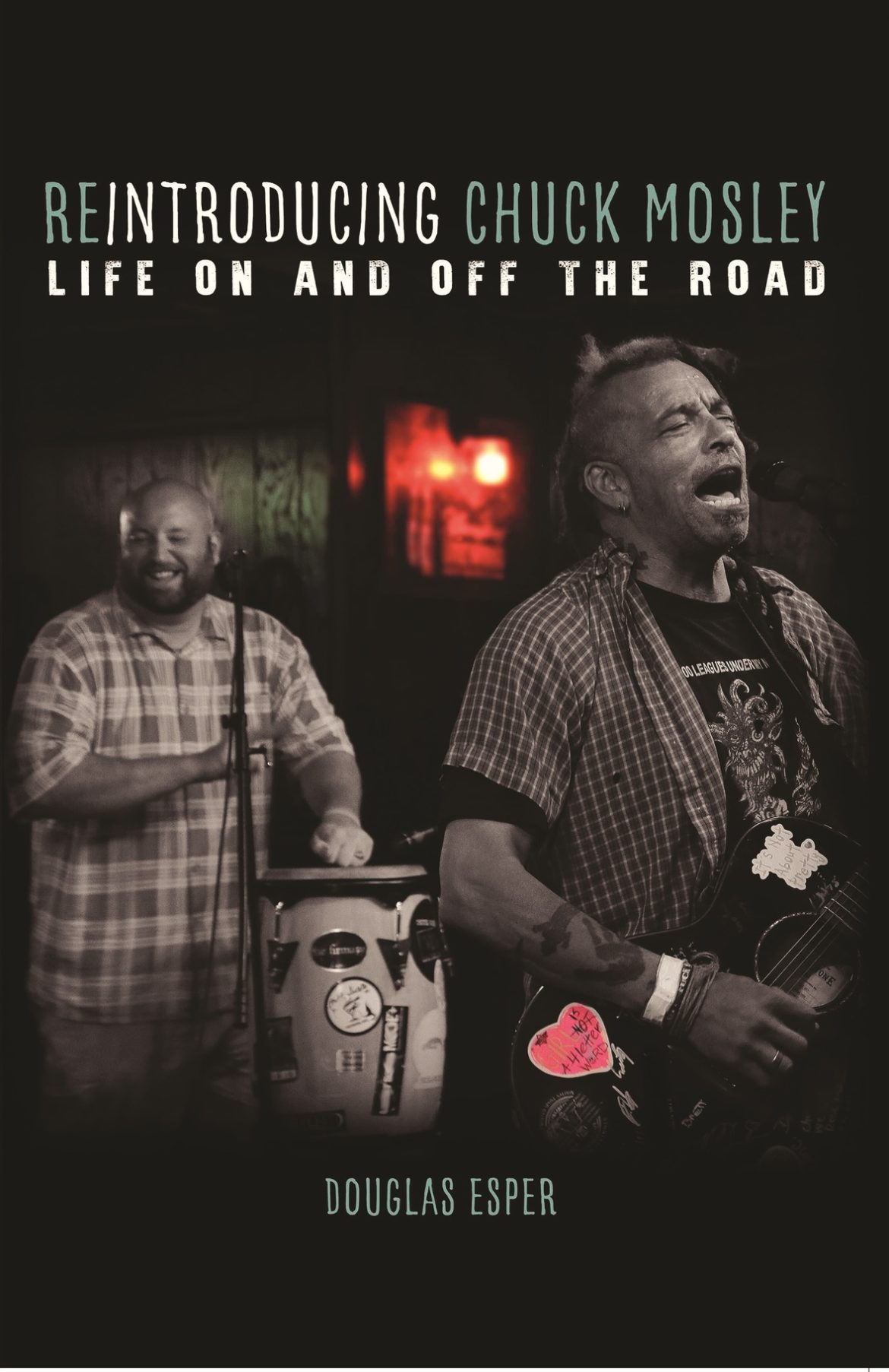 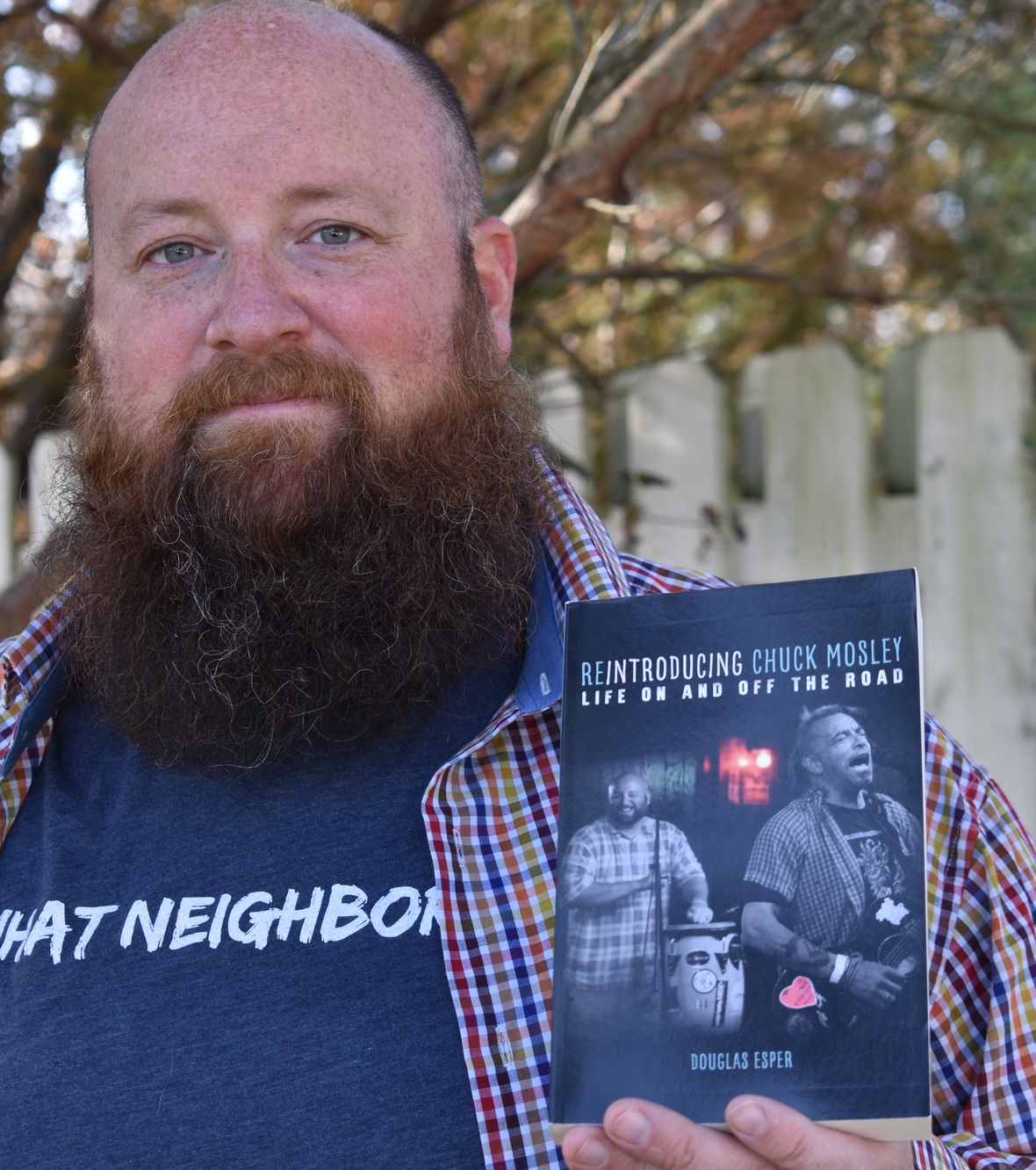 On December 3rd 2019, ScoutMedia released Reintroducing Chuck Mosley: Life On and Off the Road, by Douglas Esper.

“For twenty years I was Chuck’s fan, band mate, cheerleader, unknowing drug mule, AA plus one, friend, and I tried to help him write his autobiography,” said Douglas Esper. “After he passed away November 9th 2017, I continued working on a book about the recording of Chuck’s solo record with producer Matt Wallace (Faith No More, Deftones, The Replacements), a behind the scenes look at the reunion shows Chuck performed with Faith No More in 2016, and the ups and downs of dealing with Chuck Mosley, warts and all.”

Chuck Mosley and Douglas Esper performed over 150 shows together, recorded under the Chuck Mosley name as well as the indie-pop moniker, Indoria, and they acted together in the short film, Like An Open Heart It Shines by David Collupy.

“Chuck battled so many demons, but he remained a kind-hearted soul who loved to make other people laugh until the end. Our tour wasn’t always pretty and we spent a lot of time bickering, but I wouldn’t trade it for anything. We tried like hell to reintroduce Chuck Mosley to the world. This is our story from my point of view.”

Douglas Esper appears in the upcoming found footage horror film, Dwellers, produced by Ellefson Films (David Ellefson of Megadeth). The film was written, directed, and stars Drew Fortier, who toured with Chuck Mosley and Douglas Esper in 2017 and is also directing Thanks … And Sorry, a documentary about the late singer/songwriter.

Reintroducing Chuck Mosley: Life On and Off the Road is available now via the publisher at ScoutMediaBooksMusic.com/Store and Amazon, Barnes and Noble, and other retailers. 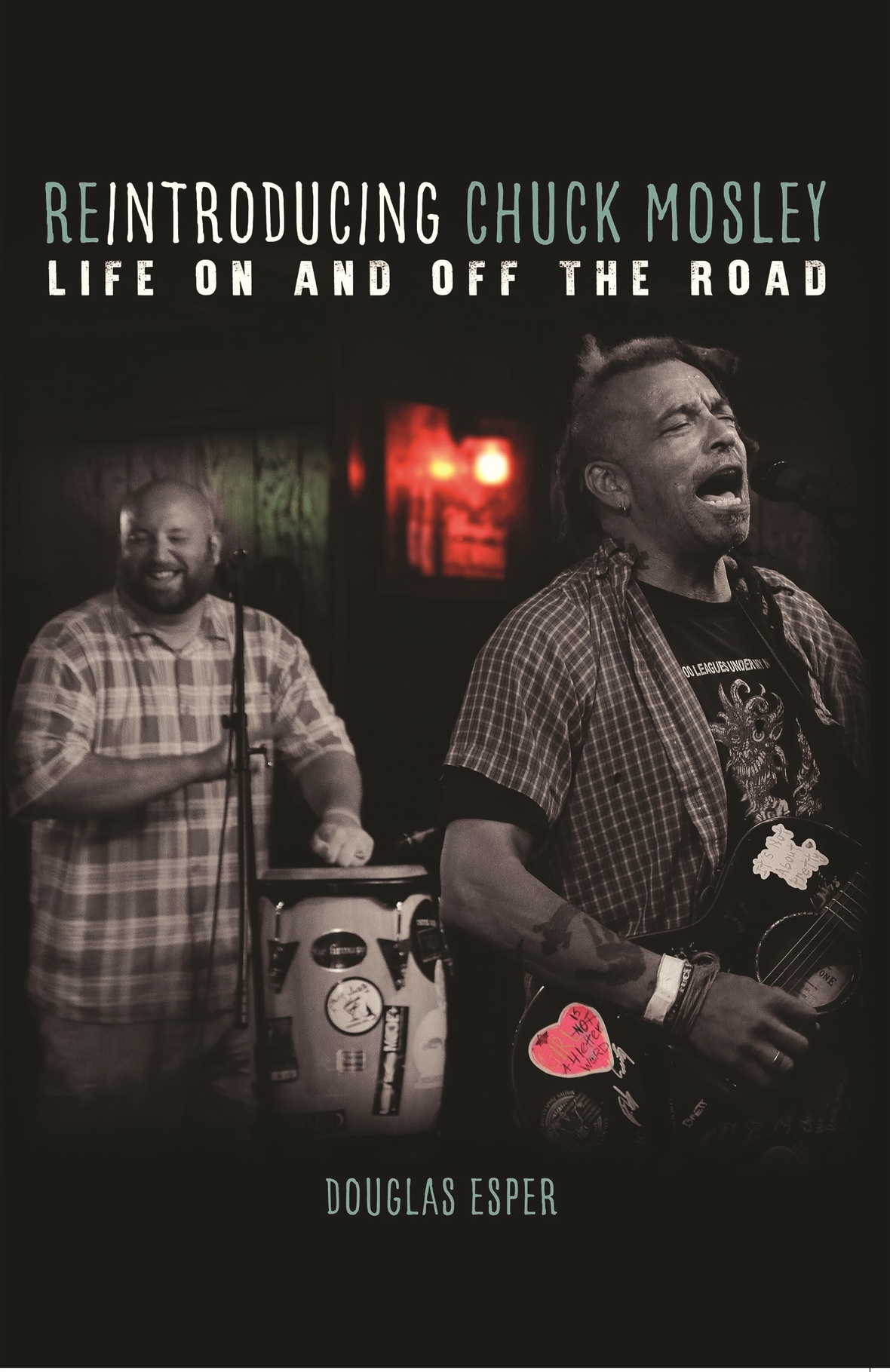 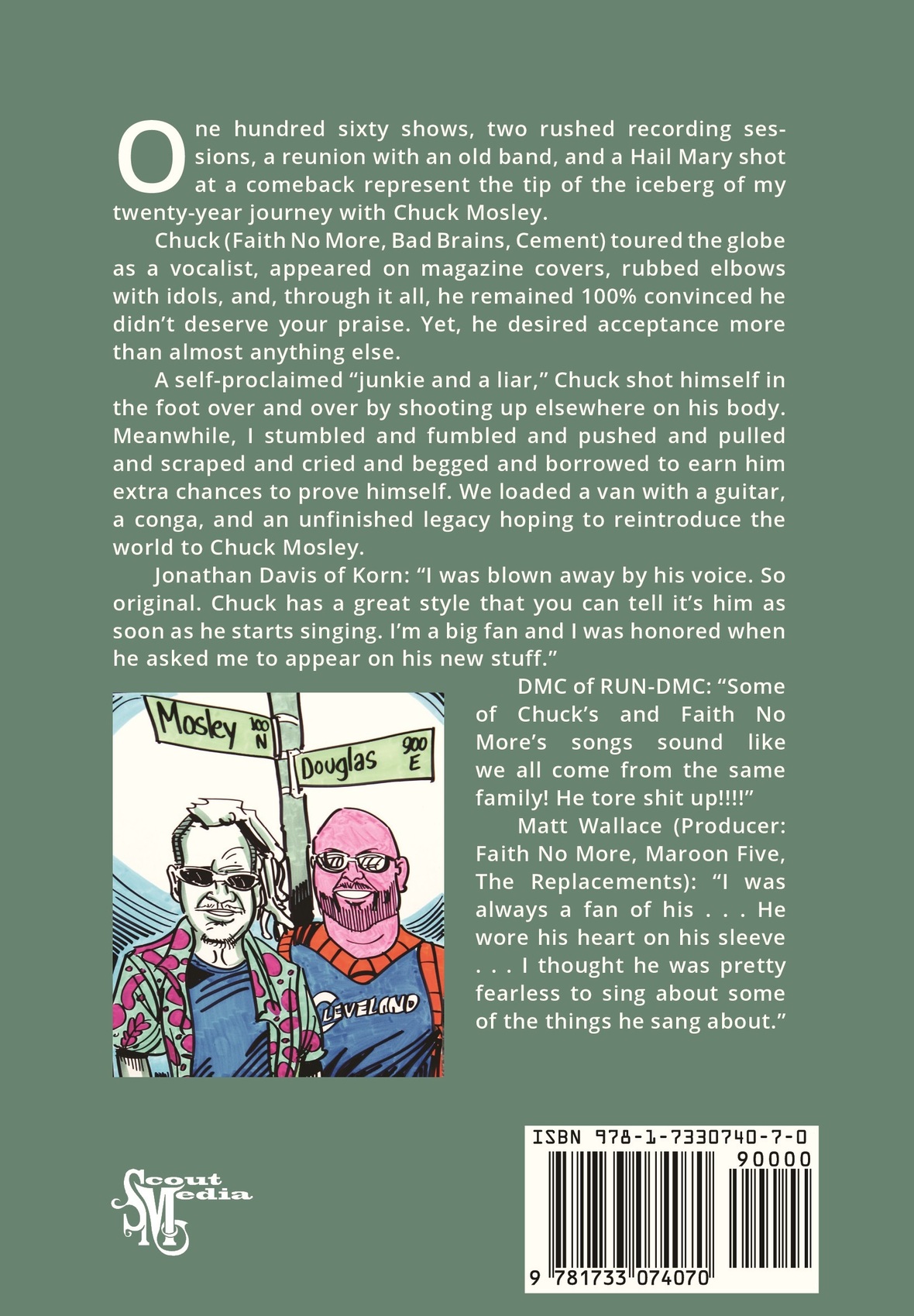 One hundred sixty shows, two rushed recording sessions, a reunion with an old band, and a Hail Mary shot at a comeback represent the tip of the iceberg of my twenty year journey with Chuck Mosley.

Chuck (Faith No More, Bad Brains, Cement) toured the globe as a vocalist, appeared on magazine covers, rubbed elbows with idols, and through it all he remained 100% convinced he didn’t deserve your praise. Yet, he desired acceptance more than almost anything else.

A self-proclaimed, “junkie and a liar,” Chuck shot himself in the foot, over and over, by shooting up elsewhere on his body. Meanwhile, I stumbled and fumbled and pushed and pulled and scraped and cried and begged and borrowed to earn him extra chances to prove himself. We loaded a van with a guitar, a conga, and an unfinished legacy hoping to reintroduce the world to Chuck Mosley. 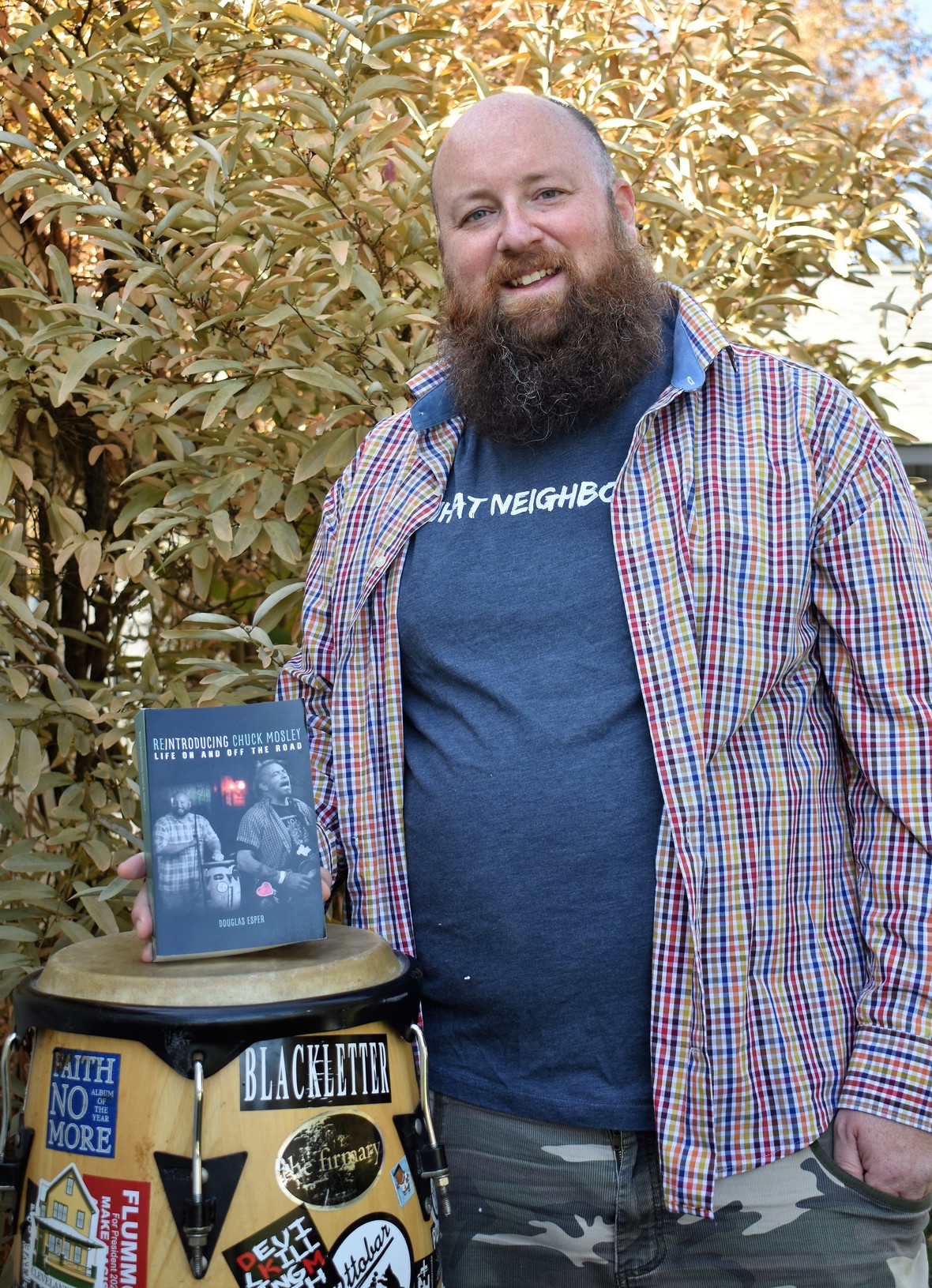 Purchase Reintroducing Chuck Mosley: Life On and Off the Road:

Advance Praise for Reintroducing Chuck Mosley: Life On and Off the Road

“I’ve gotta hand it to Doug: this is not a hack job, the only way to address a topic like Chuck with any authenticity is to do the hard time, and he definitely did that. Not a pleasant story by any stretch, his gaze does not shy away from ugly truths, yet in spite of this he’s managed to put together a touching dedication to his subject. Well done.” BILL GOULD (Faith No More)

“Douglas Esper’s Reintroducing Chuck Mosley not only reintroduces the late former Faith No More singer but reimagines him and, in doing so, reimagines the whole concept of what a music memoir is. Esper’s riveting read dispenses with Mosley’s time in Faith No More in one page just twelve pages in. It is a bold and brave statement of intent. This man is much more than the band that made him famous, and the book paints a picture of the real Mosley that no conventional biography could. Reintroducing Chuck Mosley is part biography, part road trip, part redemption tale, part buddy chronicle but so much more than that. Published novelist Esper’s lively writing style makes the book sing like fine fiction, but with the bitter sting of truth. ADRIAN HARTE (Author of Small Victories: The True Story of Faith No More)

“Chuck Mosley: Life On and Off the Road is detailed, funny, heartbreaking, stranger than fiction and a must read for any fan of Chuck Mosley or Faith No More. It is a truly inspired piece of writing that serves as a great reminder to Chuck and his legacy. We are sure he would’ve been proud if not a little embarrassed…[ha ha].” JIM BROWN (FaithNoMoreFollowers) 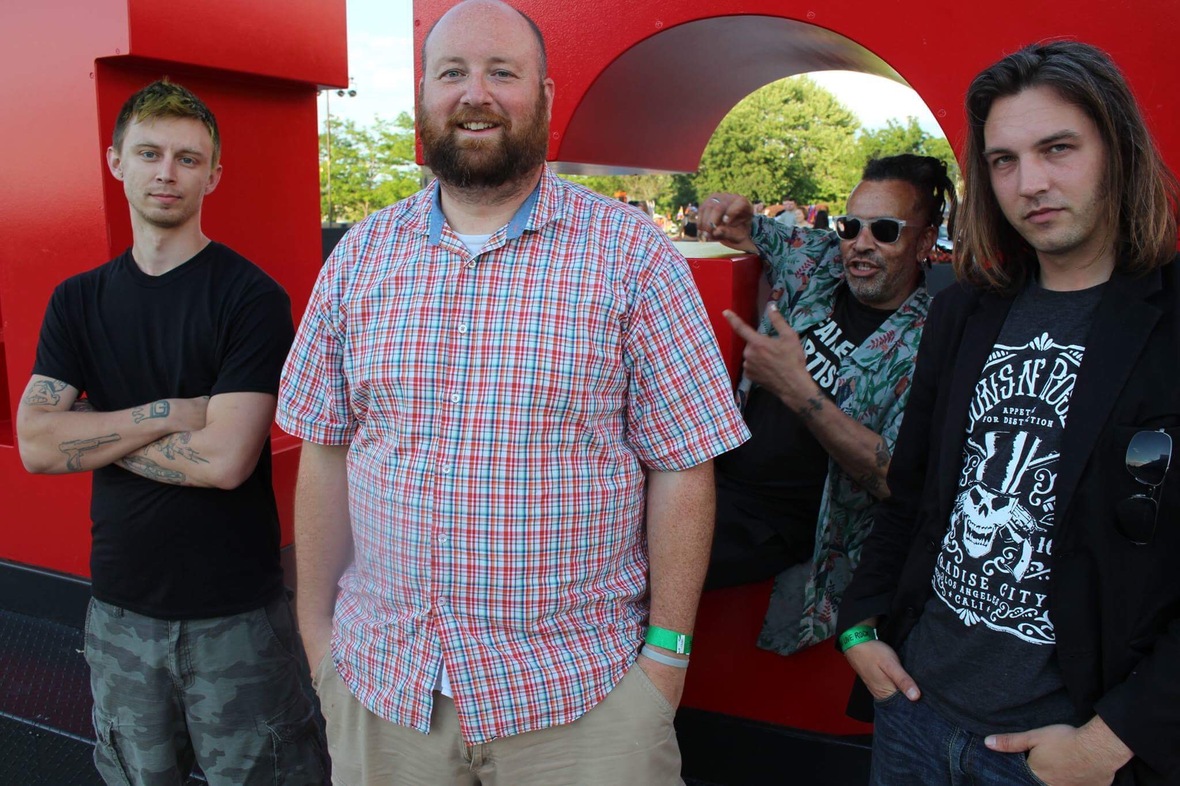 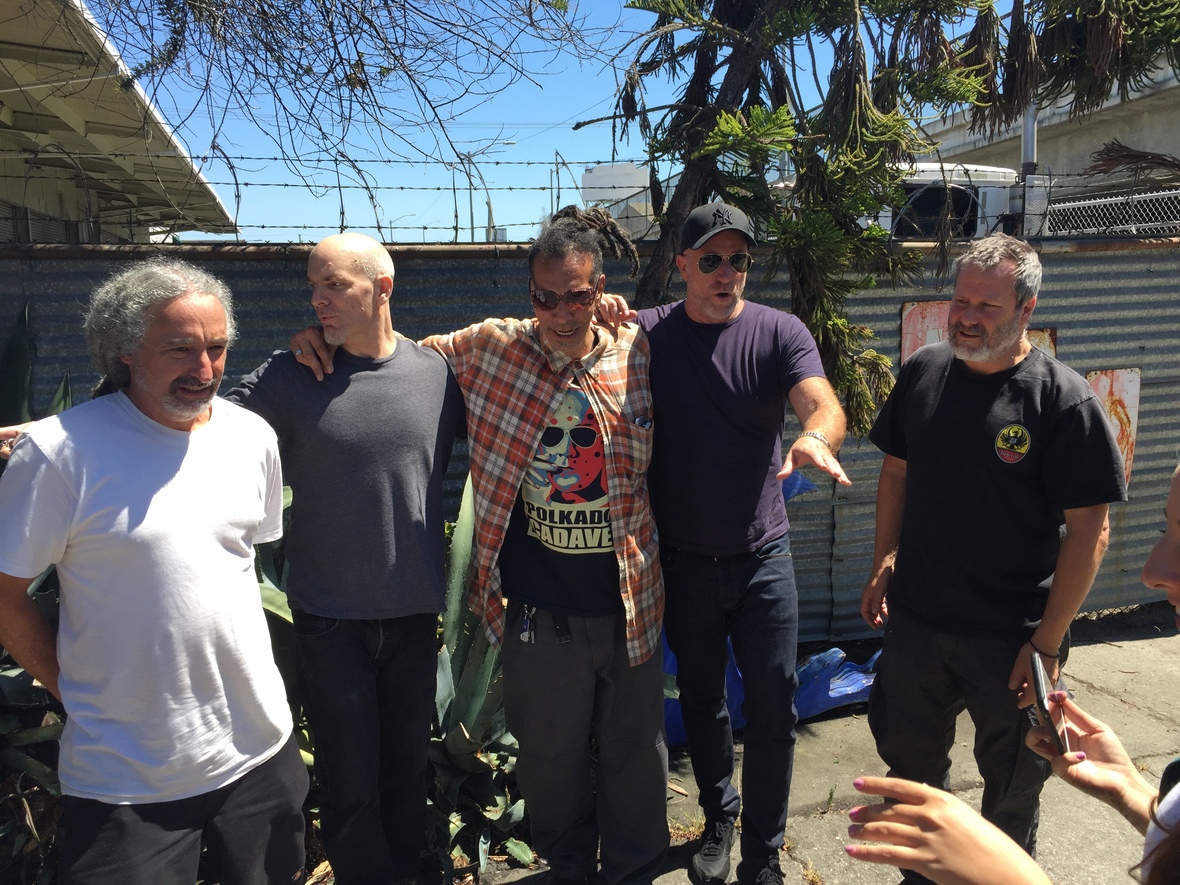 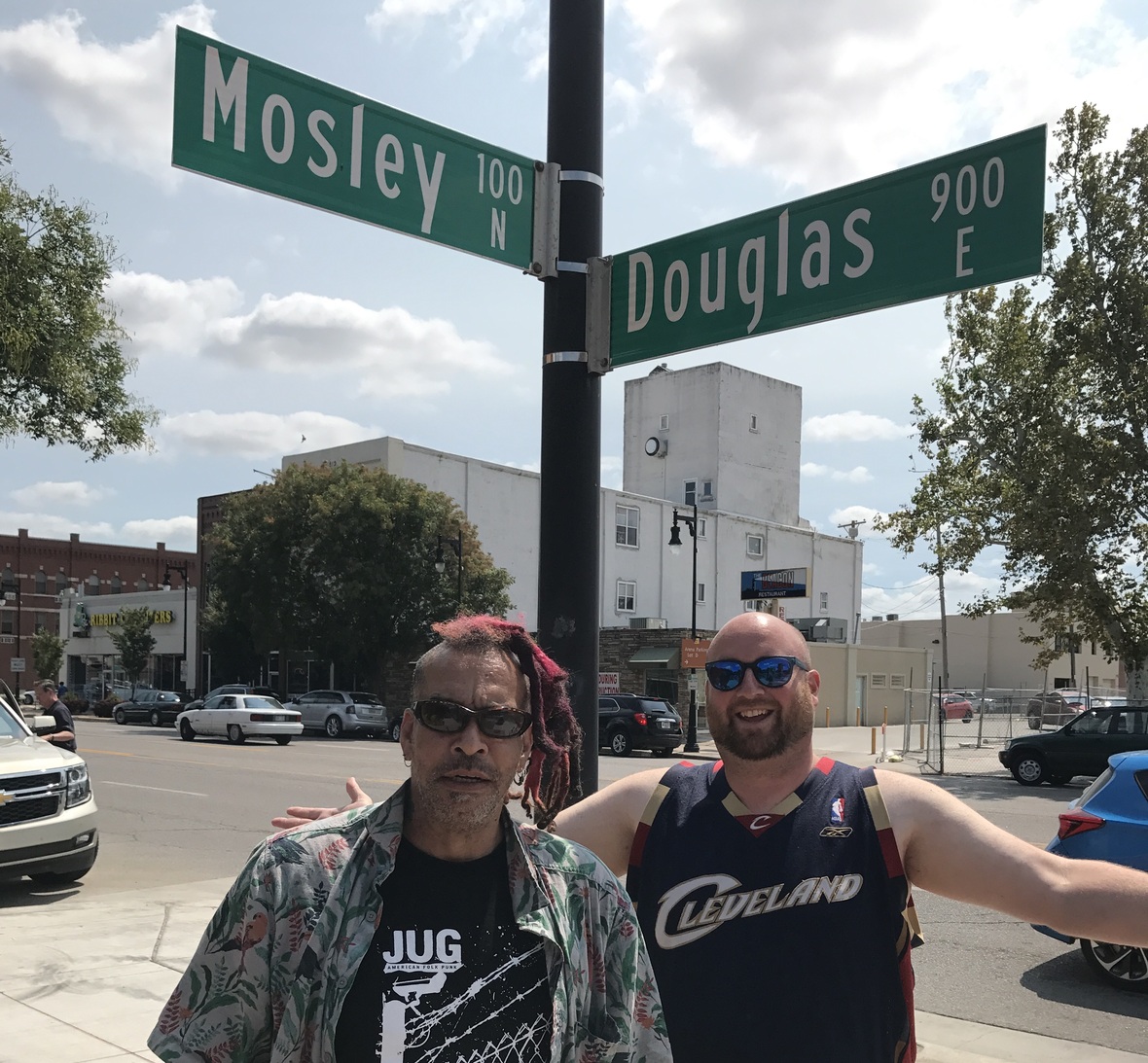 A few words on Chuck Mosley:

“I was blown away by his voice. So original. Chuck has a great style that you can tell it’s him as soon as he starts singing. I’m a big fan and I was honored when he asked me to appear on his new stuff.” JONATHAN DAVIS (Korn)

“Some of Chuck’s and Faith No More’s songs sound like we all come from the same family! He tore shit up!!!!” Darryl ‘DMC’ McDaniels (RUN DMC)

“I was always a fan of his … He wore his heart on his sleeve … I thought he was pretty fearless to sing about some of the things he sang about.” MATT WALLACE, Producer (Faith No More, Maroon 5, The Replacements)

“Chuck Mosley was a huge part of what made Faith No More’s first two albums so classic, groundbreaking, and cutting edge. It has been argued that Chuck single-handedly created rap-rock with the release of the timeless anthem, ‘We Care a Lot.’ I would not disagree with this bold claim.” – GREG PRATO, author (The Faith No More & Mr. Bungle Companion) 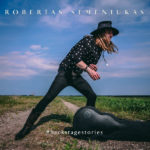