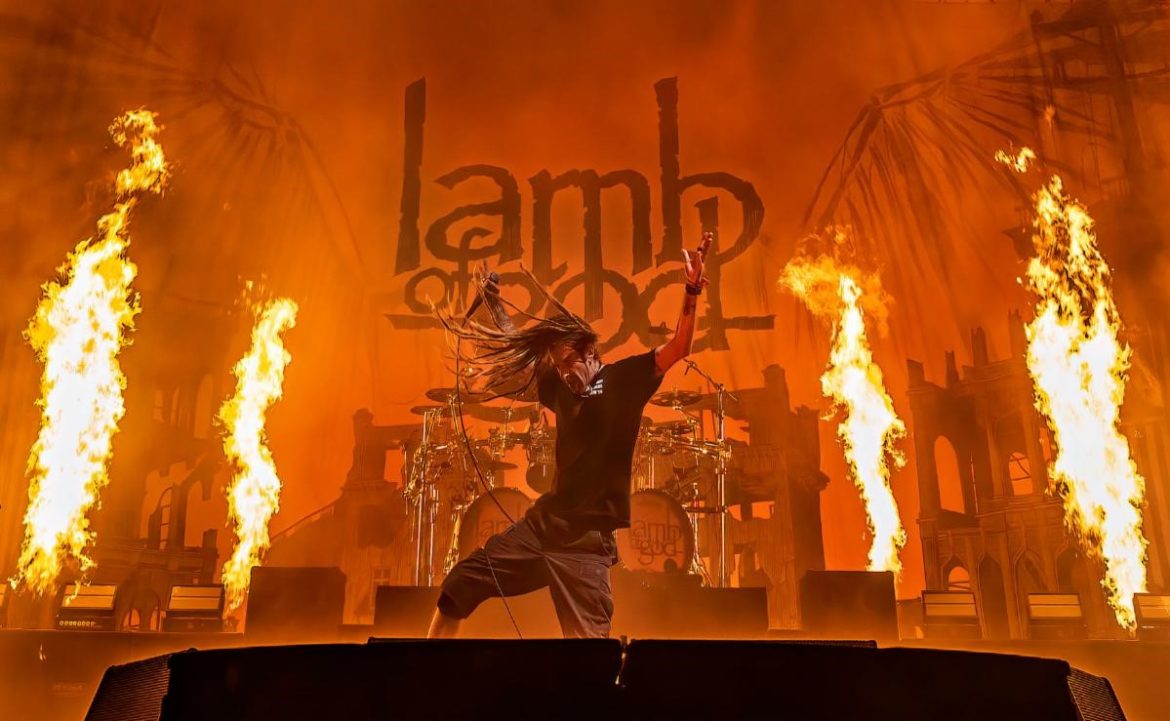 Following their incomparable headline set at Bloodstock Festival this August, Virginian metal titans LAMB OF GOD have now shared a live video for ‘Omens,’ the title track of their forthcoming new album. With their set both crushing and scorching in equal measure, the video footage was captured during that performance and premieres for the first time today.

When ‘Omens‘ single was first released, LAMB OF GOD frontman D. Randall Blythe commented, “I think a lot of the messes human beings find ourselves in could be very easily prevented simply by paying attention to obvious repeating patterns, both in our personal lives and in a broader sociohistorical context. What some call ‘omens’ are really just manifestations of the fact that there is nothing new under the sun. It’s foolish to ignore this, but we all do it.”

Album ‘Omens’ is set to arrive on 7th October 2022, via Nuclear Blast Records, and is perhaps Lamb Of God‘s angriest album yet. Produced by long-time collaborator Josh Wilbur (Korn, Megadeth), ‘Omens‘ is a vicious New Testament for the Richmond, Virginia-based band, a furious entry in their beloved catalogue. “The world is crazy and keeps changing. Omens is a reaction to the state of the world,” Blythe explains. “It’s a very pissed-off record.” He pauses for emphasis. “It is extremely pissed-off.”

The New Wave of American Heavy Metal architects tracked Omens at Henson Recording Studios in Los Angeles, California, a location with has birthed classics from The Doors, The Ramones, and Soundgarden, among others. “The inner workings of the band have never been better,” explains guitarist Mark Morton. “You can hear it in Omens. You can see it in our performances, and if you’re around us for five minutes, you can feel it.”

Omens album pre-order is live now at Lamb-Of-God.com and Record Store, boasting several exclusive items, including a signed coloured vinyl variant, shirt, hoodie, and signed CDs with an alternate colour cover. UK vinyl variants include standard black vinyl; a crystal clear, silver, and black marbled vinyl (exclusive to the UK); white and sky-blue marbled vinyl; and a silver vinyl (band shop exclusive). All physical CD and vinyl orders from the Nuclear Blast store will include a free access code to watch the livestream viewing of “The Making of Omens” documentary, which will premiere the week of album release.

The group are currently midway through a massive U.S. headline tour, featuring special guests Killswitch Engage on all dates. Different legs of the tour will also see support from Baroness, Motionless In White, Spiritbox, plus Animals As Leaders as well as Suicide Silence and Fit For An Autopsy.  Tickets are on sale now.

After the US dates, LAMB OF GOD kick off their State Of Unrest European run. The headlining UK leg takes place in December, with thrash legends Kreator as special guests, and Thy Art Is Murder and Gatecreeper rounding out the bill.

To snap up the remaining tickets, contact box offices or order online here. You can also visit stateofunresttour.com for more information. For a full list of all tour dates, visit: lamb-of-god.com/tour 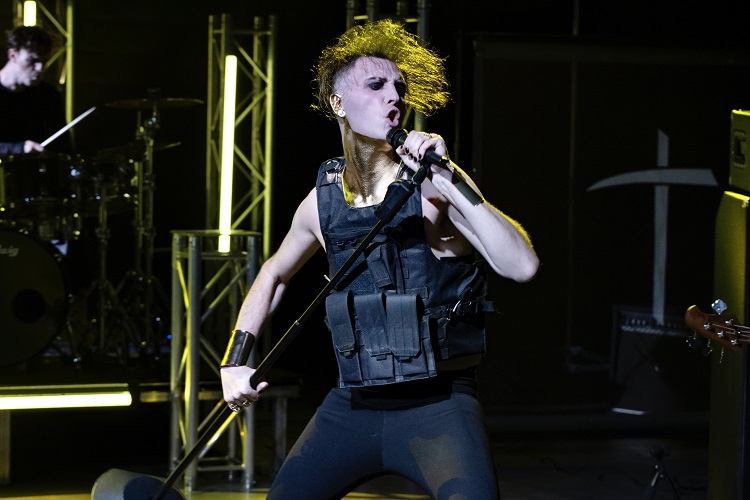 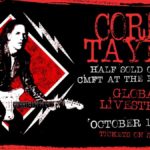