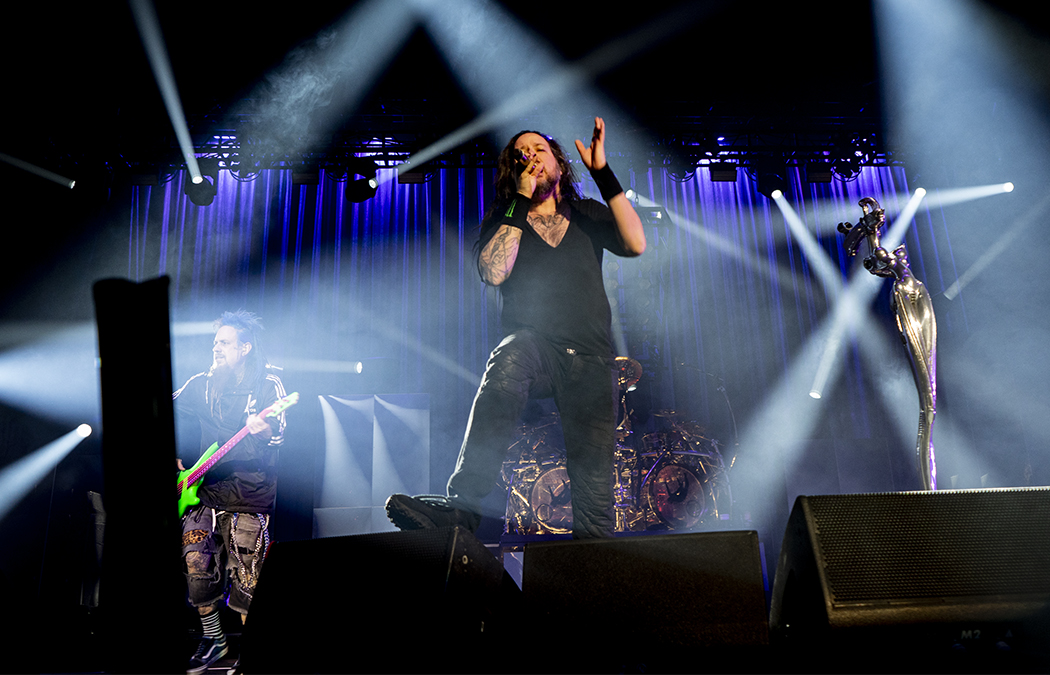 It’s not often that two bands that have maintained both relevance and popularity, but share little else in common, come together for a major tour.  When it was announced that both KORN and Breaking Benjamin would be touring together, but the closest show for us to attend would be in Little Rock, AR, the 4.5 hour trip (one way) from Dallas seemed to be only a minor inconvenience. Even though we have seen both bands play in at least 12 different States playing at various festivals and tours around the country, seeing these bands tour together on the same stage on the same night was a first for us.

Breaking Benjamin, while still touring on their latest #1 Rock album “Ember”, recently released a new “re-imagined hits” album called “Aurora” featuring guest vocalists (including Lacey Sturm, Spencer Chamberlain of Underoath, Scooter Ward, Adam Gontier, and others) sharing their talents on some of the bands biggest hits. As awesome it is to hear some of our favorite vocalists sing the hits with Ben Burnley on a new record, the most beautiful part of every Breaking Benjamin live show is to hear thousands of fans sing virtually every word to every song the band plays.  Nobody sounds better than the fans singing in unison to songs that have touched their lives in some way, at a live show. 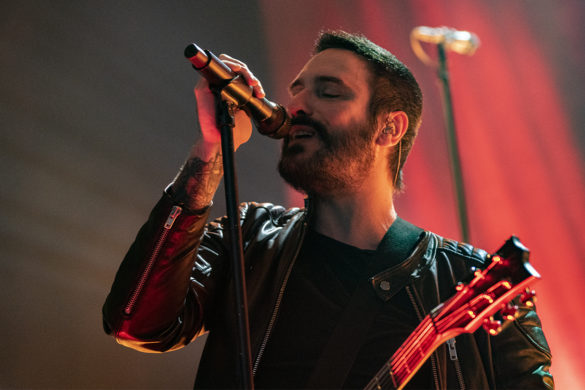 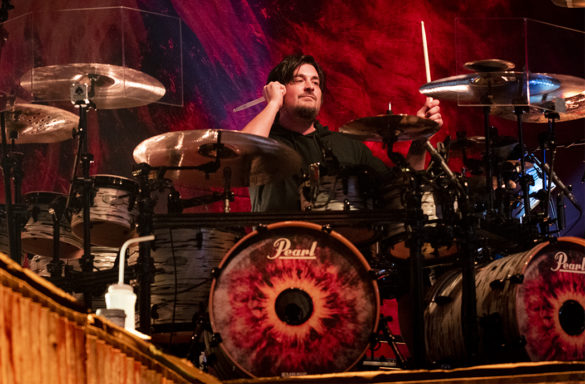 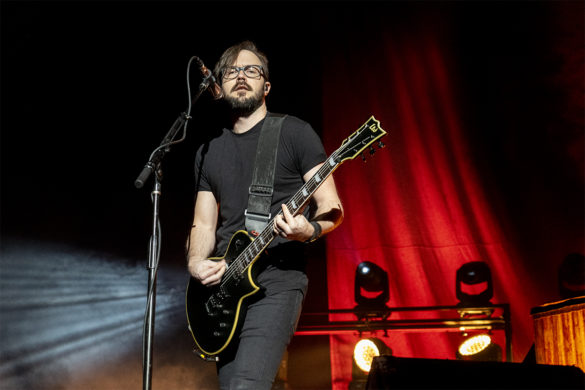 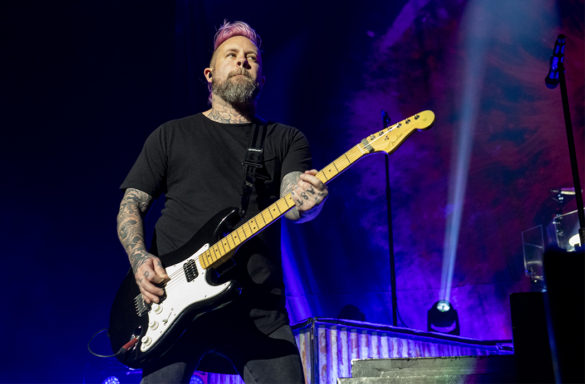 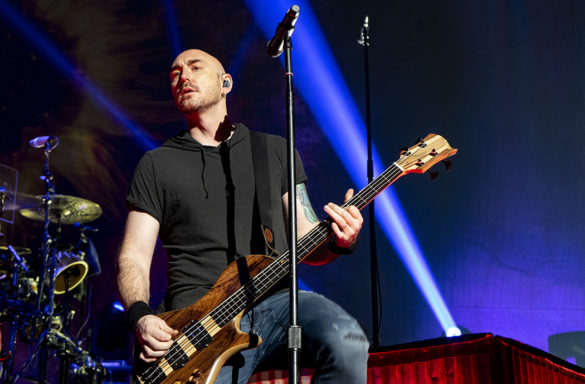 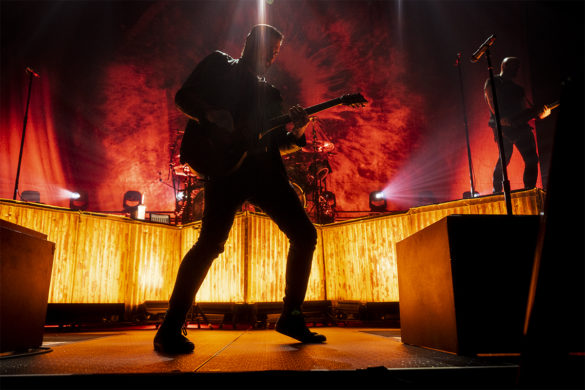 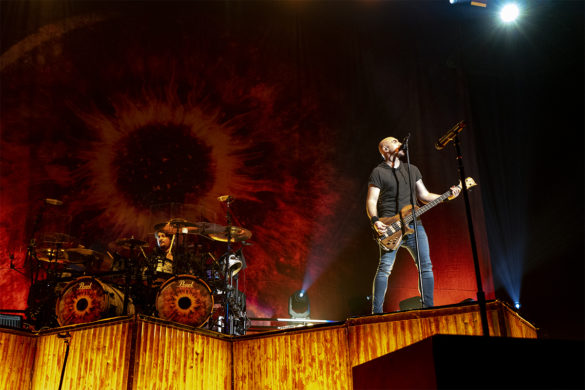 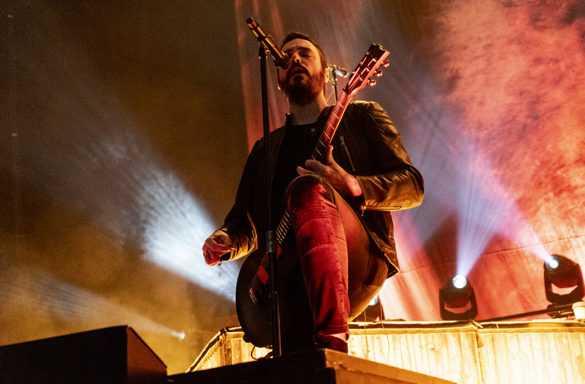 KORN‘s 25 year journey has been well documented. The phenomenal early success, the Grammy’s, the millions of albums sold… the addictions, the loss of loved ones, band members quitting, and the personal sacrifices have taken a heavy toll. What has remained consistant is their fans loyalty and respect, as well as their ability to turn the tragedies in their own lives into music and a live show the fans still crave.  If you’ve been a KORN fan you know how the loss of Jonathon Davis’ wife affected their latest album “The Nothing” (2019) and you may have seen Brian “Head” Welch’s documentary “Loud Krazy Love“ (2019) chronicling his departure and re-unification with the band while raising his daughter Jennea and finding Jesus.  Putting those stories about these two band members in context of a live show, not including the personal tragedies and triumphs of Fieldy, Munky, and Ray, to me explains one of the reasons I enjoy seeing this band live.  For many years I’ve said that KORN wasn’t one of my favorite bands to listen to, but they have been one of my favorite bands to see live since 2013.  You can fake a lot of things in the music business, but passion is not one of them. All of us can spot fakeness pretty quickly, and watching KORN perform live, I, like everyone else, can see their authenticity shine through. Music, especially live, is in so many ways therapy for a band like KORN – and its fans.  Regardless of their music, whether it is or isn’t your thing, I believe the passion the band releases on stage and evokes from its fans is their very own “secret sauce” and the reason they are still headlining arena tours and festivals in 2020.

The following pics of KORN in Little Rock, AR are courtesy of Wes “Rockwell” Anderson, BeHappyNews.com 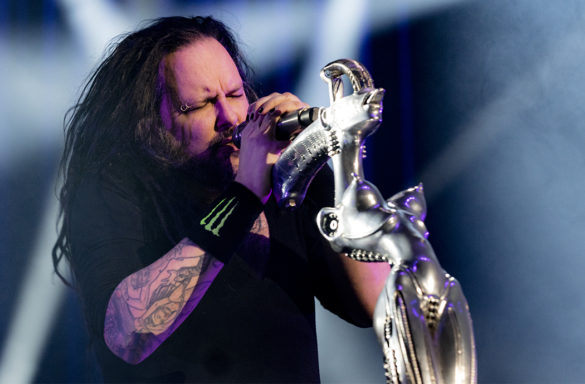 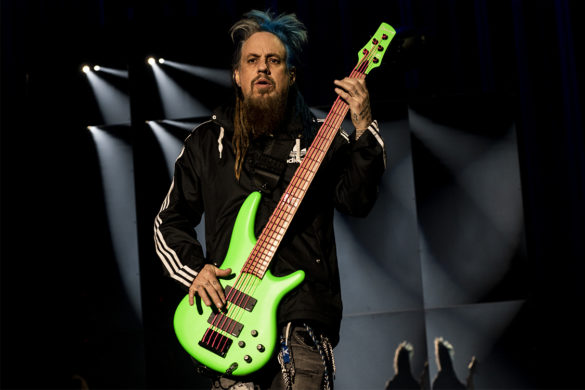 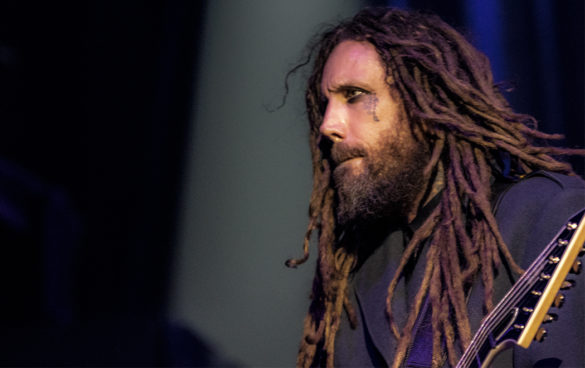 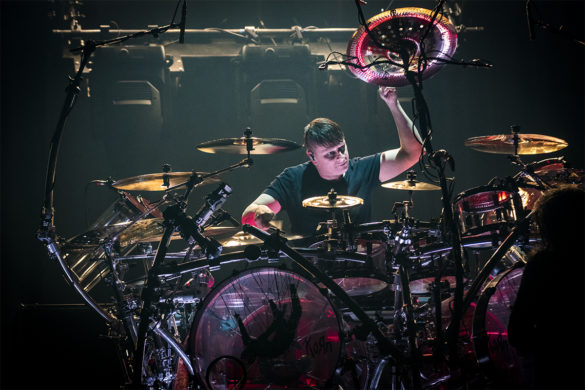 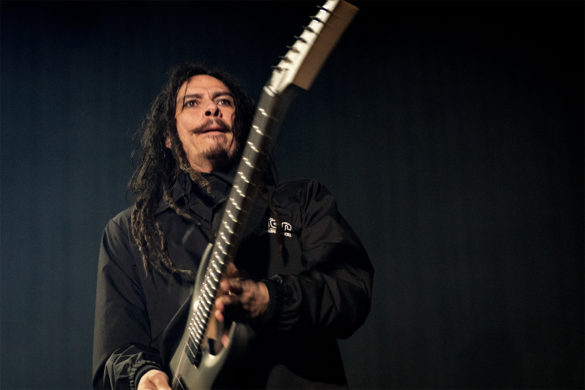 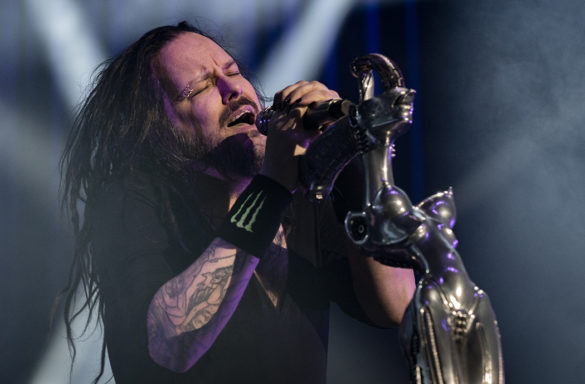 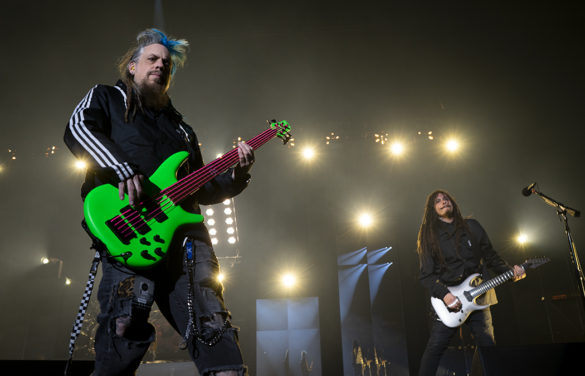 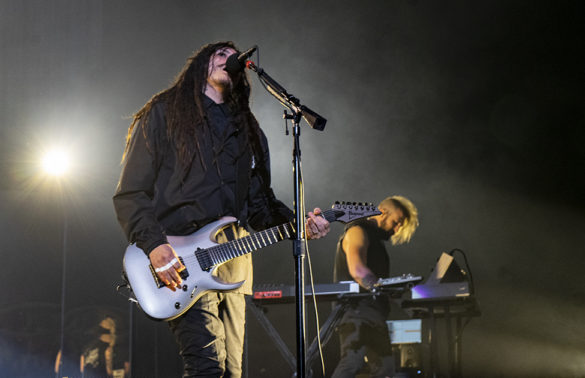 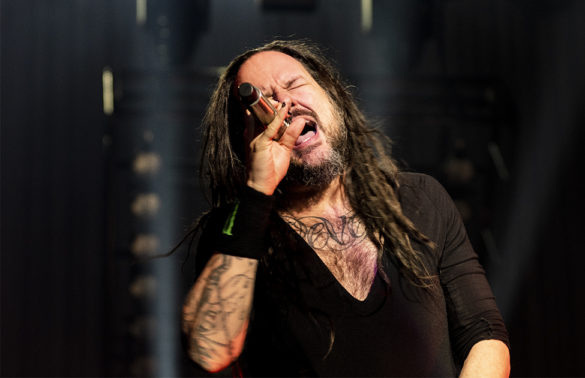 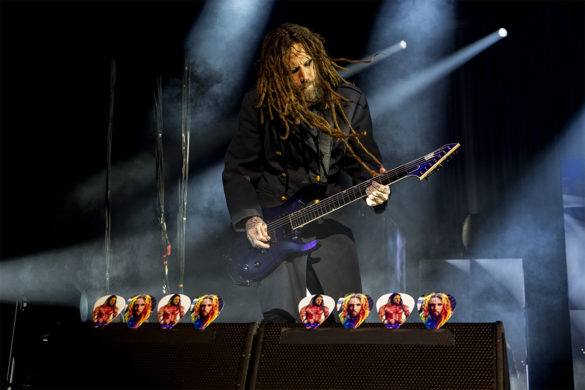 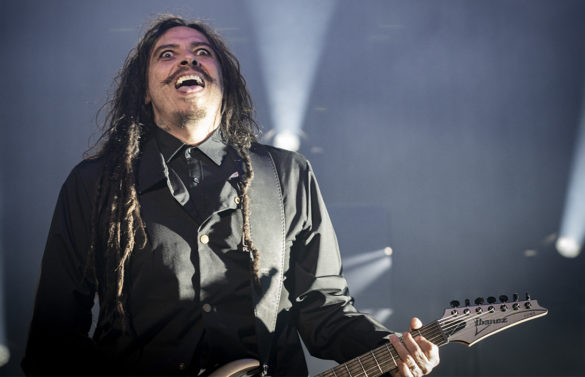 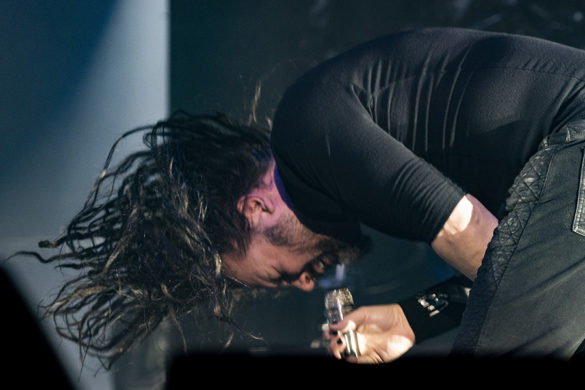 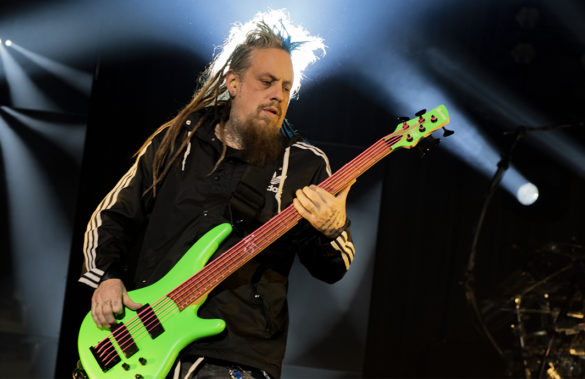 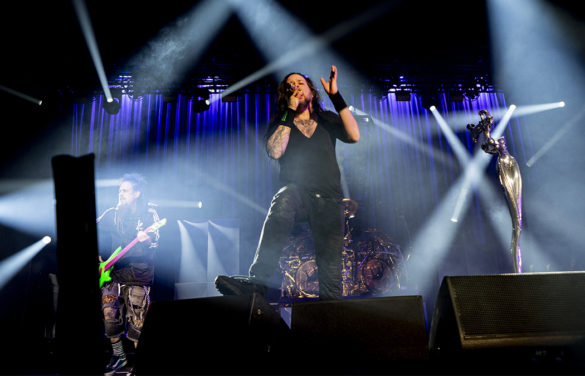 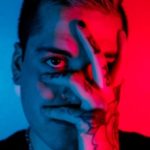