KNOTFEST and HELLFEST Come Together in Clisson France 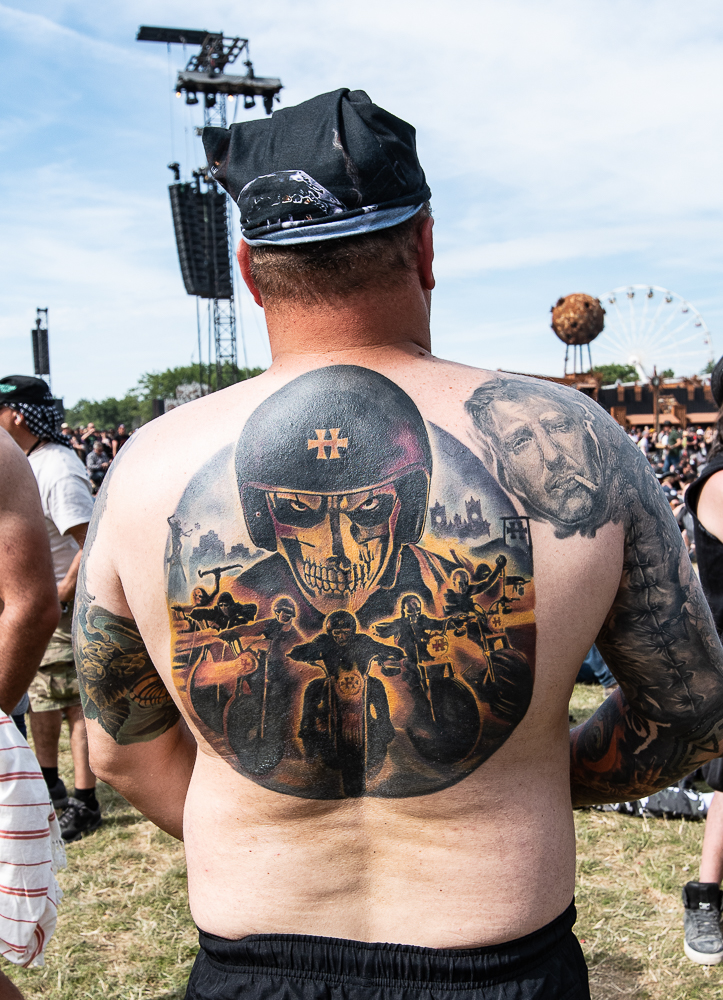 Stepping up the game and extending the musical wonderland for 2019, the French town of Clisson was a buzz with the delights that behold music fans from all across the world. Knotfest 2019 was about to warm up the Hellfest attendees with performances from Amaranthe, Sick of it All, Amon Amarth, Behemoth, Ministry, Papa Roach, Powerwolf, Rob Zombie, Sabaton and a blistering headlining performance by Slipknot. The one-day fest held at the famous Hellfest “Hell City” site made its debut in Europe after success across the globe boasting all the thrills of the fair and then some. 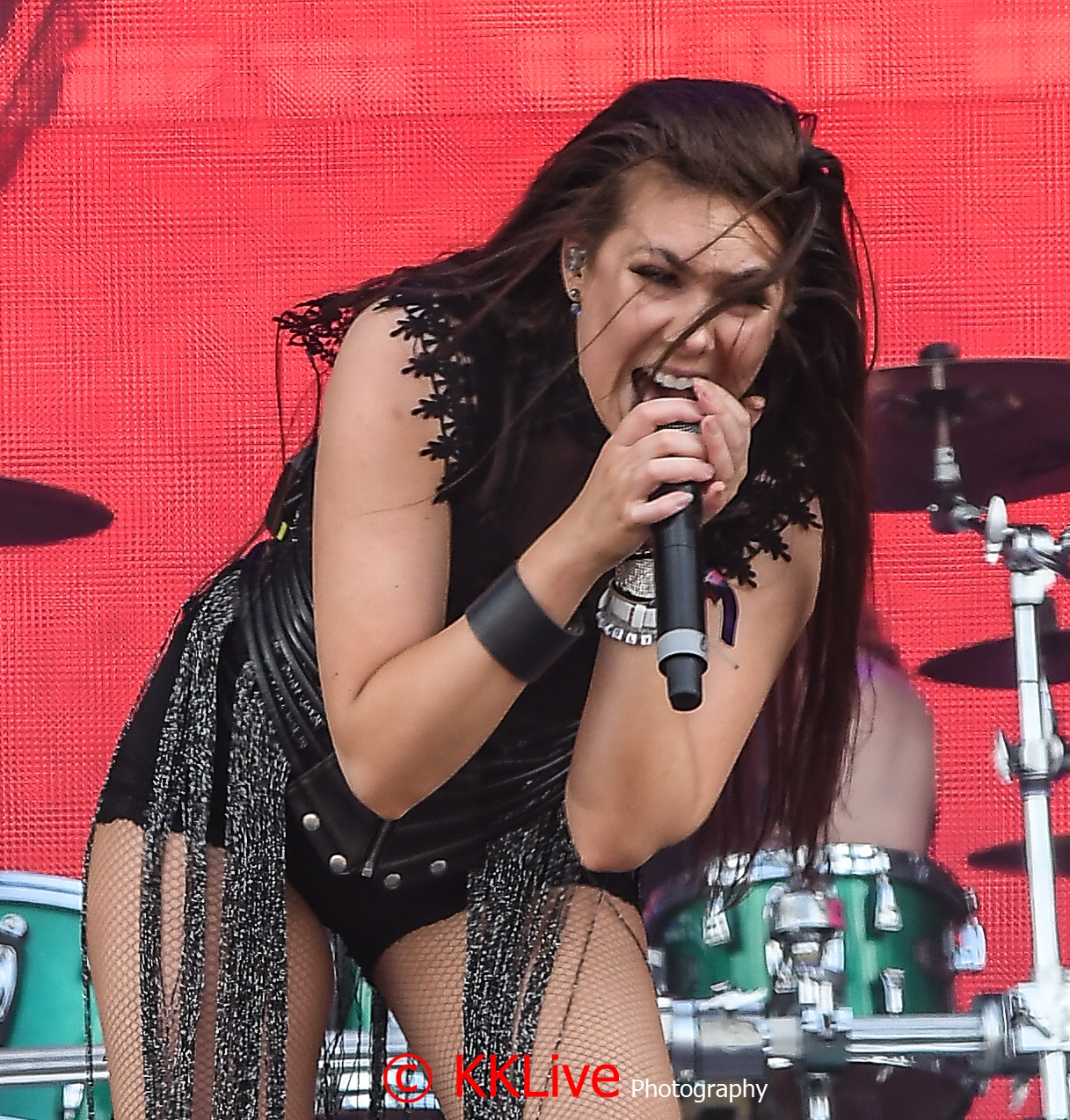 Headlined by Slipknot, the show amazed the revellers as it brought the very best of rock and metal to the French countryside as a warmup to the main fest itself with the likes of Behemoth and Rob Zombie letting loose with heavy vocals and big pyrotechnics. Papa Roach rocked their 45 minute set with the extended bonus of a poignant tribute to the late Keith Flint, the crowd went crazy to the infectious beat and sirens of “Firestarter” whirring through the air in ode to The Prodigy frontman.

With the energy filling the field it was time for the headliners to rock the stage, heavy makeup and fancy guitars, Slipknot came to conquer the main stage for their own festival. Those lucky enough to attend the warmup were in for a treat with the ultimate rollercoaster being thrown into the mosh pit, leather clad men and scantily clad girls thrown high in the air with an unicorn or two thrown in for good or bad measure. The crowd lapped up the performance chanting along to the hits, fists pumping in the air and stood mesmerised at the guitar rifts of 133 and Mick Thompson in the 17 track fantasy occurring onstage. With fan favourites like “Unsainted” and “Pyschosocial” mixed with “Vermillion” and “Sulfur”, this setlist was a heavy metal fans wet dream.

With Knotfest’s debut a phenomenal success, fans raved about how they would love to see this musical extravaganza become a regular warm up to the festival, even at the U.K.’s Download, it is worth the extra day to see the abundance of talent brought to warm up the French crowds.

The sun rose a deep red and gold as Friday morning appeared to come quick and fast, the tree`s glistened in the sunlight and the Clisson river flowed busily, the hustle and bustle of the little village town began a buzz from the station to the roads surrounding Hell City, it was time for the premier event of the year to take place.

Locals waved at the visitors from all over the world, swarming over the quiet town that once a year becomes a mecca for rock fans. This is the place to be if you love your music rough and ready, where passion runs through the drum beats and rocking rifts… the place where legends come and ones are made.

The Sites and Sinners of KNOTFEST & HELLFEST 2019 in Pics

The set up is pretty much the same as previous years… a fantastic display of shops and culinary delights within the rock city area with fans chatting as they swap stories about how they travelled over and who they were most exited to see. Language wasn’t a barrier as they joked and laughed trying to explain themselves and others jumping in when conversations got a little confusing. This playground for adults is simply amazing. Leather goods, bike parts and the trendiest of footwear are all available as the crowds enter the arena.

Day one getting fully underway with the likes of Demons and Wizards and No one Is Innocent alternating between the humongous two headline stages to keep the crowds entertained, the infectious anarchic Celtic sounds of The Dropkick Murphy’s lead to a sing-along of “Irish rover” and “I fought the law”. Fast paced guitars and leprechaun like percussion, it was a stellar choice as one of the original headline acts announced on the last day of Hellfest 2018.

With issues regarding ManOWar’s headline slot the promotors had to move quick to find a replacement given the late cancellation and Sabaton filled those huge boots. As disappointed as the crowd were to hear of the loss of the headliners, the Hell members were not disappointed as Sabaton pulled out the stops to ensure they made it a little better. Their blend of rock left the crowd banging away to the heavy beats and raucous riffs. Wowing their fans and embossing the rock on a new legion of supporters, they kept the crowd entertained.

Saturday’s line-up promoted the classic rock we have saw and loved. Oh my god was this classic rock heaven, starting with Def Leppards blistering set featuring “Animal” and “Pour Some Sugar on Me” to Whitesnake’s “Is This Love” and “Here I Go Again”. The Clisson fields were swaying from side to side holding lighters in the air at the poignant moments. Add in a bit of the “bearded gods” in the form of ZZ Top, and it was your perfect classic rock hall of fame. Fans lapped up the atmsophere as the classics filled the air with recongnisable lyrics and a hint of nostalgia. With the end nigh, there was only one way to put an end to the epic day that had came before.

With rumours circulating this was their final ever tour, a trend coming for a lot of rock gods recently that you never know how true this is going to be, but you don’t want to miss the chance to catch them, it was time to spray on the white paint, puff your hair into a quiff, and smear on a black star or puppy face, put on your silver suit and have your monster boots at the ready, as the legends that are KISS lit up on the main stage.

Donned with trademark costumes, these American legends were here to show the crowd how to party. “How you doing Hell Fest? Are you ready to party with us?” beamed Gene Simmons, a cheeky tongue protruding through his mouth. Ace strutted around the stage flexing his riffs as the crowd went wild, adoringly transfixed by the phenomenal show appearing before their eyes highlighted by classic hits including “Rock and Roll All Night”, “Dr. Love” and “Beth”. The stage fell into darkness as lighters filled the field as “God Gave Rock n Roll” erupted in a sing-along ending the euporic evening. Faces were beaming with happiness as KISS took over Hellfest and made it their own. Buck lists ticked and checked, everything expected and more. They don’t make bands like this anymore and it’s pretty clear to say if is their last tour, then they are bowing out at the top of their game.

As Sunday approached, revellers started to look a weary but ever the rock and roll. They still partied hard, ready for the day that was ahead of them. Each of the fantastic arenas were packed with good vibes and even better music, but the main stage was where most of the fans were at, due to a headline slot by a certain Guns n Roses member, a.k.a. rock royalty, later in the night.

Temperatures soared as the main stage was on fire Anthrax, Lamb of God and Testament all in a row ready to rock out Hellfest 2019 with an explosion before Slayer adorned the stage. Having said before this is where legends come, it was time for some to arrive all the way from Jacksonville, Florida, U.S.A flying over presumably not on Con Air, the band the myth and legend Lynyrd Skynyrd were ready to show the newbies how it’s done. Having been responsible for influencing quite a few modern day stars, whether they say it or not, the energy on stage is immense with the 9 piece reincarnation of the band. Johnny Van Zant paid an emotional homage to the creative genius that was his brother, before the fatal plane crash, who spawned the hits “Three Steps” and “Simple Man”. The catalogue of toe tapping hits you hear on classic rock stations weren’t wasted on the loving audience as they lapped up every track with gusto and cheer. With the recognisable chimes filling the air, the mature crowd went wild as “Sweet Home Alabama” filled the French air.

It was time for the highlight of the day being Myles Kennedy and the legend that is Slash. You couldn’t help but be spellbound by his presence , pounding on the strings through the heavy and complicated beats it is easy to see why Slash is regarded so highly when it comes to guitar players. The epic performance had the crowd on their feet as they watched a gasp at the talent before them. The unlikely combo of the two artists a behold to watch live as the ying and yang aligned to create something pretty special on stage. Myles’ vocals leave the audience wanting more as he rocks through the likes of “Boulevard of Broken Hearts” and “Anastasia”. Women swoon and men stand in awe as the Hellfest stage shone bright across the field. What a performance and what a way to sum up Hell2019 for the masses.

As Hellfest 2019 draws to a close, crowds wanting more- they can only guess as to who will adorning the stages for 2020…. And will we be there for our 5th year covering Hellfest for Tattoo.com, ROCKwell Unscene Magazine and ROCKwell Media???

Hmmmmm let me think… You bet your fuckin’ asses we will!!!

No One is Innocent 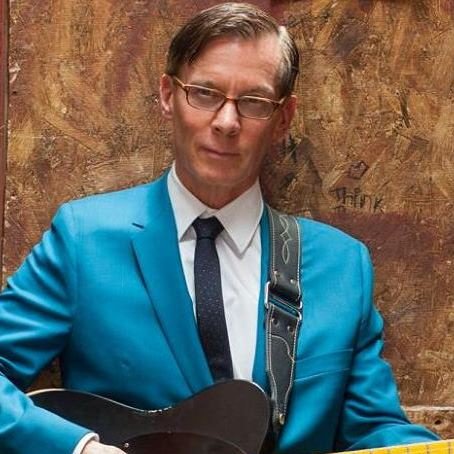 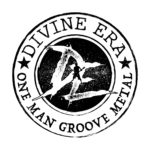