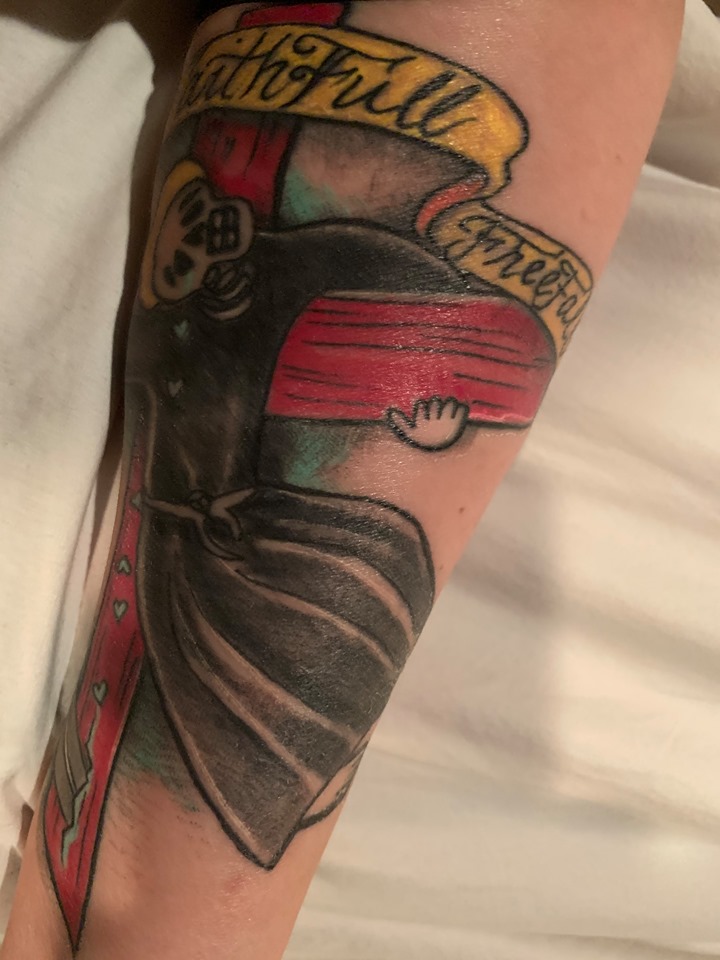 This wasn’t a spur-of-the-moment decision. In fact, after a full year’s planning, Pepper Gomez found herself on a whirlwind East Coast tour with nu-pop artist Ava Cherry. Upon arriving in Philly, she cleared her schedule and met up with gifted tattoo artist Kevin Fox, so he could work his magic. 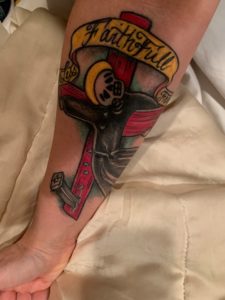 With art based on Bob “Rob” Medina’s Stations of the Cross, the concept was conceived by Mymy Madyy Pepper Gomez and executed by Kevin Fox. The tattoo depicts Jesus carrying his Cross with the words, “FearLess, FaithFull, FreeFall,” along with heart-shaped tears.

MyMy Lady G explains, “This new tattoo represents my continued journey – my poetry of the words FearLess FaithFull FreeFall. It is a powerful and inspirational piece for me. Usually, people tattoo or envision Jesus dying on the cross but mine shows Jesus as he is carrying his cross (based on my Godson’s Stations of the Cross book of art) to which I fully submit and commit to help others carry theirs through music, service, and as a warrior of love. Love is the real revolution. We still don’t get that. And I have a poem about when the heart cries it cries heart-shaped tears, so you will see heart-shaped tears in this piece. We have to keep loving, regardless. We only have so many days to do all the good we can. How can I help you carry your cross?”

Filmed by Nicole Hatley, the video features music by Pepper Gomez from the early house days. 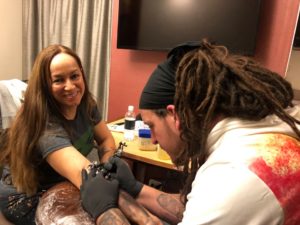 Based in Miami/Chicago, the Wake Up! Music label is making waves in the music industry, releasing albums from Matt Warren, Elena Adujar, and A Killer’s Confession, along with a new single from David Bowie’s former paramour Ava Cherry, who released her nu-pop version of “Let’s Dance,” which will be followed by another single, “Testify for Love,” as well as an album, scheduled for 2020.

Other projects coming down the pipeline from Wake Up! Music include new music from Ralphie Rosario and Craig Snyder, as well as an innovative techno-EP from Jose Goo/AFTR. 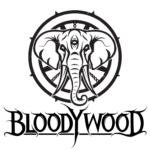