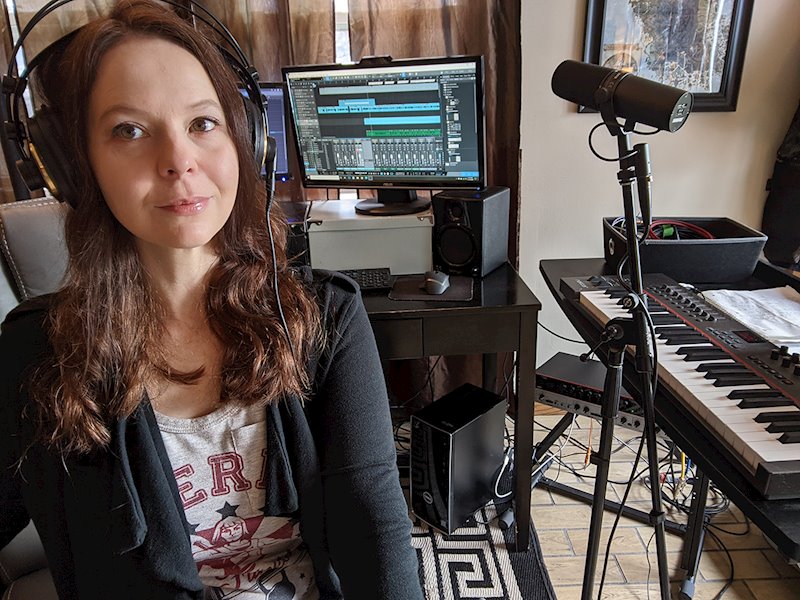 Originally from Knoxville, Tennessee, singer-songwriter Keen Garrity, aka Rebekah Burchfield, released her debut album, Get Big, not long ago, an eight-track collection of songs covering topics as diverse as creatures, patent medicine, and grave robbing.

Keen explains, “The word I always come back to is ‘storybookish.’ Each song on Get Big is about a creature or character, and there’s a little story around each one. But there’s a common theme: all of these songs are about creating a mythology of the self, about flaring your ego out when you’re faced with a situation that makes you feel insignificant. So, it’s fanciful and (somewhat obnoxiously) high concept, but it’s my hope that it’s also fun, listenable, and relatable.”

Prior to stepping out to record a country-flavored rock album, Keen played in the progressive rock band Wards of the Mayor. Yet because of her family heritage, it’s not surprising she dipped her toe into the pond of country music. Her grandfather and great uncle performed as The Burchfield Brothers, recording two Americana singles on the Capitol label, while her father, Tommy, played fiddle on radio and TV in Knoxville. And her cousin, Adam Burchfield, plays in the Octanes, a Texas rockabilly band.

Now based in Toledo, Ohio, where, along with music, she works on her two podcasts, Curdle Holler and TWN Champions. Keen’s Get Big is an attention grabber.

The album begins with “Shotgun,” opening on shimmering country-rock colors and then flowing into a pulsating rhythm topped by Keen’s deliciously inflected tones – reflecting just enough twang to satisfy listeners who love country as well as those who prefer pop savors.

Outstanding tracks include the darkly thrumming energy of “Casting You Out,” exuding layers of smoldering bluesy washes intermingled with alt-country elements. I love the wickedly sensuous backing harmonies on “Walkabout / Stroll On” as throbbing drums and deep tonal rinses give the melody an ominous feel.

“I’m gonna go out; my pile of gold is going to grow bigger / Without a doubt, dear: I enjoy being a gold digger!”

Get Big echoes with retro-country hues blended with tantalizing country-rock tangs, all crowned by the captivating voice of Keen Garrity. 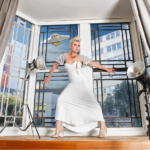