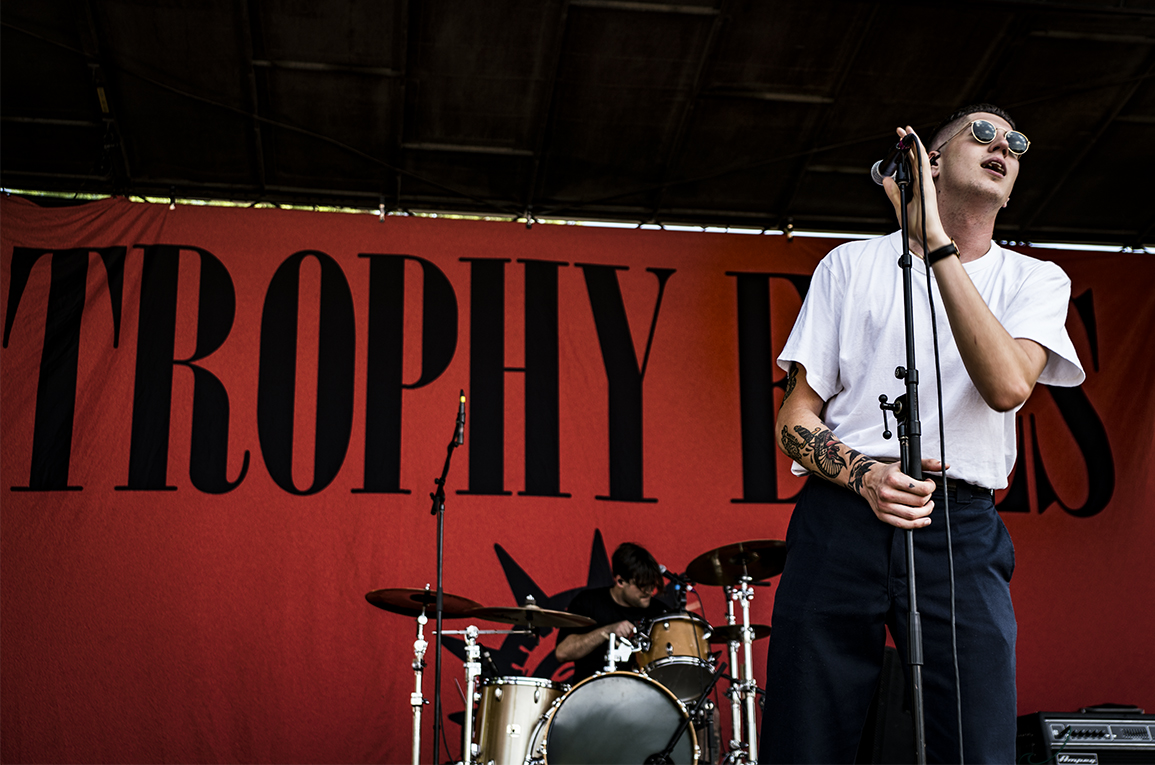 The only band we interviewed at the first stop of the first-ever Rockstar Energy Disrupt Festival was the Australian band Trophy Eyes, whom we had never seen or talked to previously.

In preparation for an interview, it’s a huge benefit to see a band perform live before you talk to them on camera, and luckily we were able to do so in this case. Without that first-hand knowledge, it’s difficult to really determine what a band is all about versus what their videos portray or what a publicist may have written. For instance, one of the descriptions we read about the band was that their sound was Punk… not our opinion after we saw them. There are some elements of their music and style derived from Punk, but if we had not seen them perform live before the interview we would have prepped ourselves incorrectly. We’ll never call ourselves journalists because 90% + of all that we do is based on opinion. But sadly, there’s one old school journalistic trait we do have. We conduct our interviews, write our festival recaps and show reviews from the perspective of being on location and getting the coverage first hand, without relying on what other people’s tweets, videos, and social media posts say about the band, festival, or shows.

Now that I have sufficiently stroked our own ego’s, let’s get back to Trophy Eyes. Click the video link of #MischievousMel and John for the on-camera interview filmed in the bands RV to find out all about ‘The American Dream‘, playing the first Disrupt Festival, ink, and Johnny Cash. 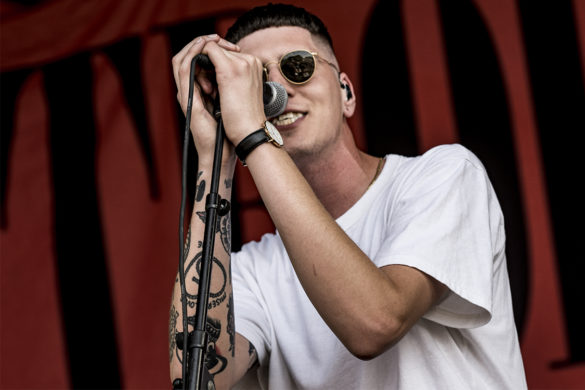 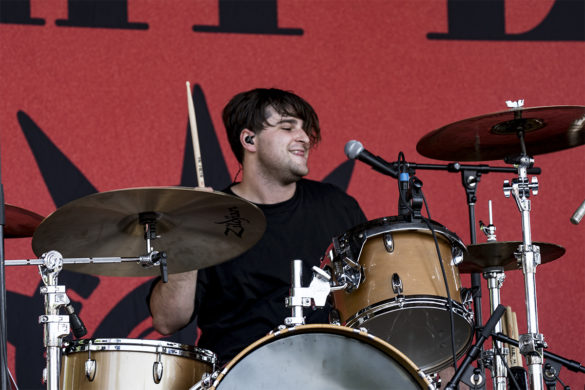 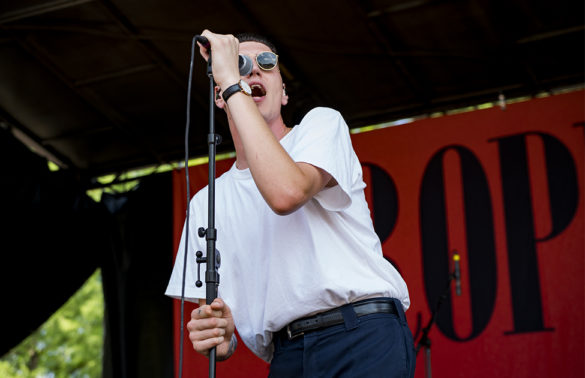 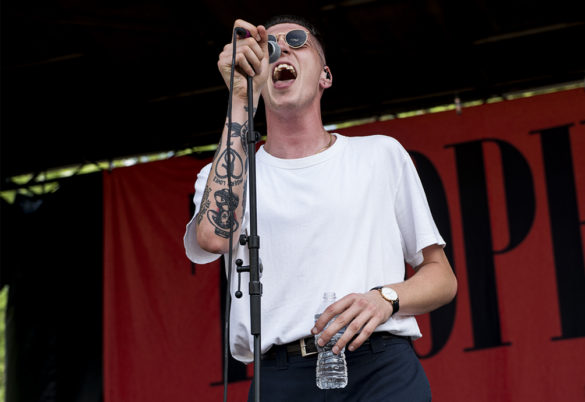 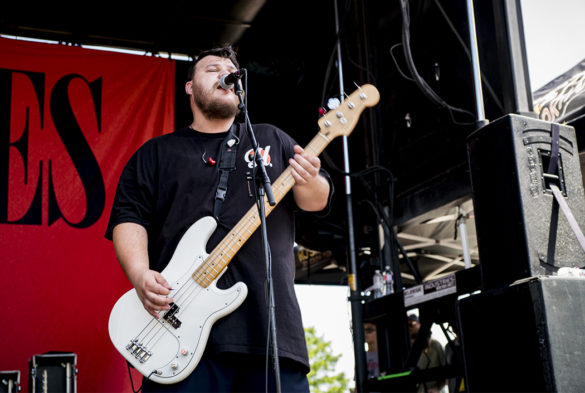 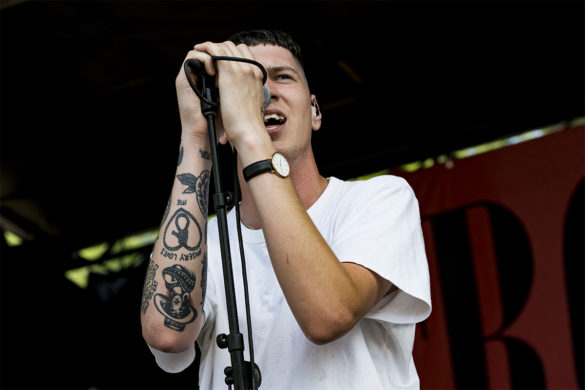 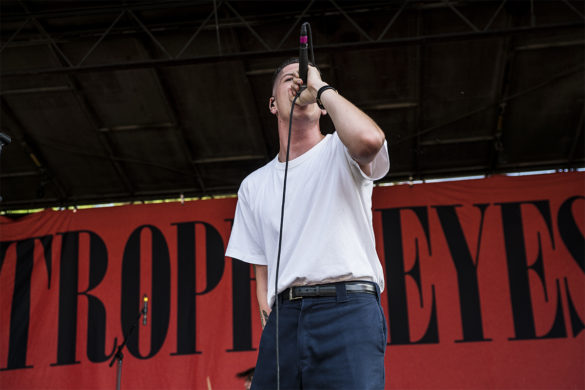 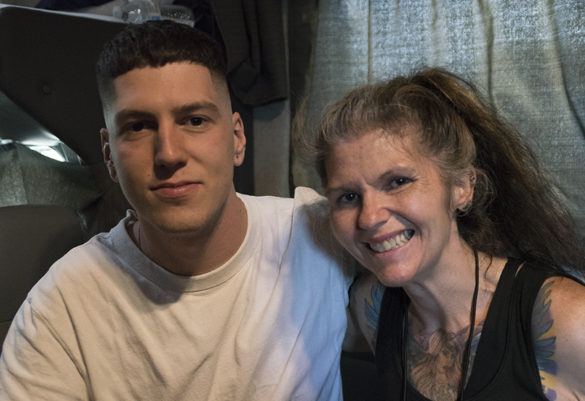 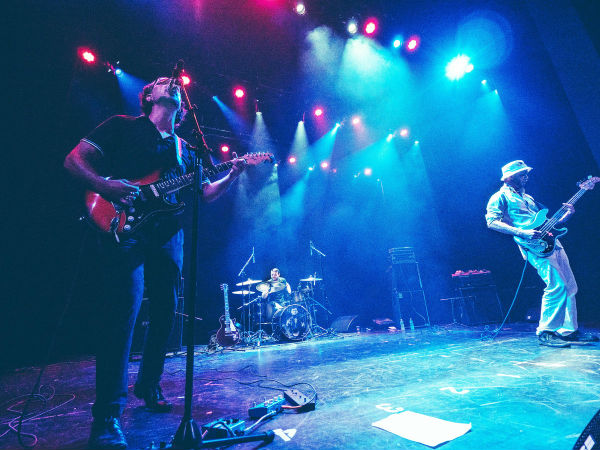 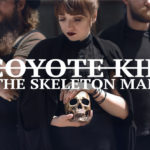