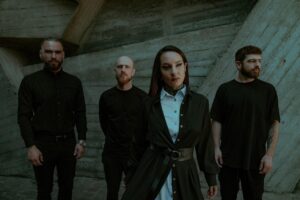 Celebrating their first decade as a band with the release of their 4th album, ‘Wallflowers’, Jinjer are poised to make their lasting mark on the world. The mark however may come as something of a shock to those expecting a continuation of the accessible highs of 2019’s ‘Macro’.  Jinjer in 2021 are determined to convey in the best way they can all of the issues that surround them, not only in their homeland but globally and rather than a more in-depth analysis of the amazing range that lead singer Tatiana Shmayluk has, we are instead faced with an immediate and brutal assault on the senses as she dispenses with the sensibilities and unleashes a barrage of harsh vocal work. 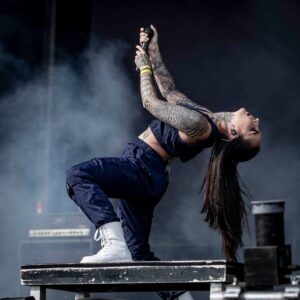 “I’m overflowing with self loathe” she screams through the speakers during ‘Call Me A Symbol’.  Sadly it’s a feeling so many can relate to thanks to the global events of the last 18 months that have seen so many step forward and admit their own struggles and as such from the off, the band will have an appreciate audience that can relate to what they are listening to.  Much will and has been made of Tatiana’s vocals and the fact that the more traditional rock and metal fans long for more of her clean work whereas the metalcore fans will celebrate in the phenomenal roars that she can deliver with ease before switching, in a heartbeat to some of the smoothest, most powerful, clean singing you’re likely to hear from the same vocalist.

My hope, as the album progresses, is that the band travel down the same path, the well-trodden one, used by the likes of Opeth.  From their darker, death metal roots, the band have moved towards the dark swirling progressive metal sound that has managed to strike the balance perfectly well between the original fan base and collected thousands if not millions of new fans around the world with their dark progressive arrangements.  Hints of what could be stand tall on ‘Vortex’  Tatiana finding the perfect balance between light and dark.  Where metalcore can often feel like the vocalist is ripping apart an already open wound before briefly applying a small amount of Savlon to soothe you before tearing into the flesh once more, ‘Vortex’ feels like you’ve arrived at the field hospital, raw from battle but are now being treated by the best army surgeons, expecting a full recovery.

‘Disclosure’ maintains the mix of styles and explores the band’s ability to interlace some of the most amazing grooves into their songs.  Hints of Suicidal Tendencies abound and it’s that layer of groove that prove beyond a doubt that this is one of those acts that cannot simply be listened to in the background. ‘Wallflowers’ like most of Jinjer’s output requires an investment, time spent in the dark with headphones on exploring every song, every nuance and it’s here you’ll find the Jinjer you were looking for.  Progressive metal fans and even fans of Nu Metal and most definitely Korn will appreciate the sweeping bass runs from Eugene Abdukhanov who takes position front and centre at times as the band use the bass as the lead instrument instead of Roman Ibramkhalilov’s guitar.  It’s an impressive approach.  To call it a ‘neat trick’ would trivialise the approach as the bass along with Vladislav “Vladi” Ulasevich’s drums will trip the groove switch and whenever the band seem as though they are about to head down a path of fierce anger and brutality, Jinjer have this ability to pause the song for the briefest of moments before taking a right turn and heading in a completely different direction.  A such, which the band are clearly distinguishable on all of the songs on the album, no two tracks feel in any way the same.
You wonder, if we had as much access to news and information in the late 60s and early 1970s, what the birth of Heavy Metal might have been like. Myth and mythology, religion and the supernatural all featured because books existed about them but newsworthy items from artists were typically limited to issues and troubles experienced locally.  Now with a wealth of information just a click away and a better understanding of what it means to be a part of the whole rather than just a tiny insignificant piece, bands are able to express so much more in a way that so many can relate to. Jinjer manage
this and not surprisingly resonate with the generation that will contain all of the world’s future business leaders, environmentalists, and politicians.  If the messaging can continue, check out the title track and importantly the aforementioned ‘Disclosure’ with it’s defiant nod towards events back in Ukraine, for proof, then it will hit home. The ability to affect people and the way they approach life for the best has always been promised by artists over the decades. Perhaps artists like Jinjer can become the instrument for change because something is needed now more than ever.

Tough, uncompromising, heavy in content, heavy in style with suitable amounts of levity when both band and listener need a moment of light, something to latch on to, to provide hope for everyone. Groove laden and progressive, showing a true maturity within the band.  A huge album for a time when it’s needed the most.
(By Adrian Hextall) Score 8/10 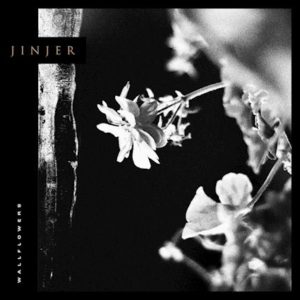 Call Me a Symbol
Colossus
Vortex
Disclosure!
Copycat
Pearls and Swine
Sleep of the Righteous
Wallflower
Dead Hands Feel No Pain
As I Boil Ice
Mediator 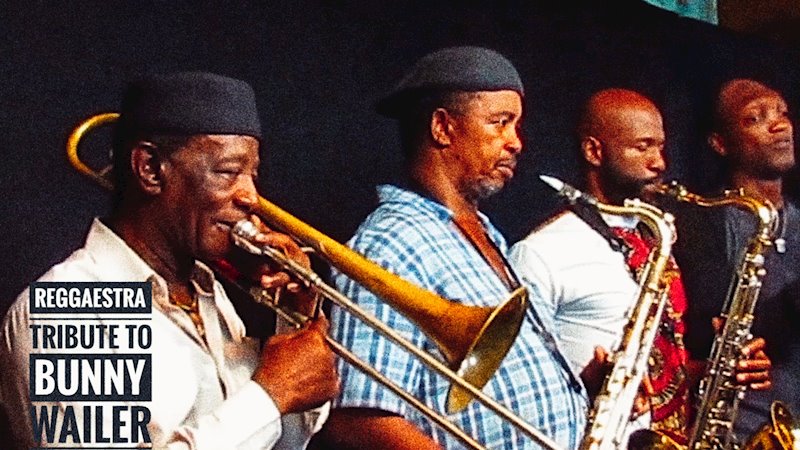 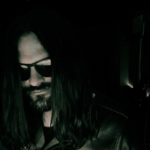