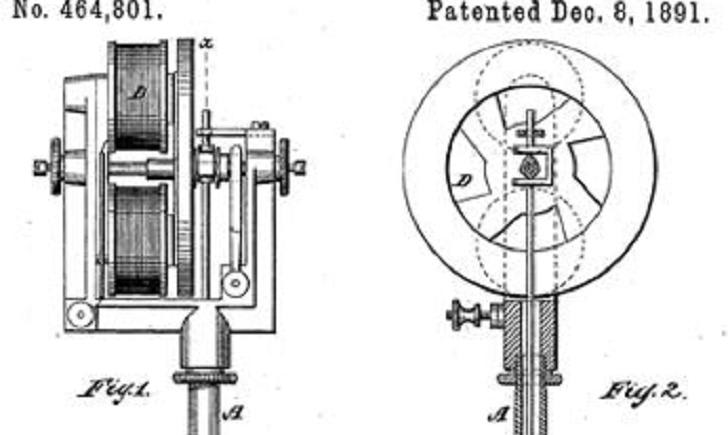 As tattooing is an art form that has been in practice for over 5,000 years, the concept of using an electrical machine to apply tattoos is relatively new. In fact, the original patent for the very first electric tattoo machine was only filed in 1891—a mere 125 years ago!

The original tattoo machine patented was designed by a New York tattoo artist named Samuel O’Reilly. O’Reilly based his concept on a design patented by none other than Mr. Thomas Edison for an autographic printing pen. O’Reilly took Edison’s original idea and ran with it, adding a tube, a small electric motor, and a needle to the invention, altering the design to fit his needs as a tattoo artist.

But, the inventions didn’t stop there. Shortly after O’Reilly filed his patent, approximately twenty days later, another artist began his own patent on a similar machine. This artist, Thomas Riley of London, invented the concept of the single coil machine. Riley’s machine utilized an electromagnetic field which passes through one or more coils, causing a hammering effect to occur within an armature bar.

Today, both machines—albeit many different versions—are still being used by artists worldwide. But, while both achieve the same end game, there has been a constant standoff between these two designs. Most artists have a preferred machine, tending to stick to for their own personal reasons. Some artists flip-flop between the two, showing no obvious preference.

Coil machines tend to be heavier than their counterparts, as they are crafted from weighty coils and iron bars. For most artists, this is a hindrance as tattooing all day with a heavy machine can be both draining and painful to the artist. Another difference between the two is that rotary machines tend to be much quieter in comparison to the loud buzzing noise of the coil machines. Other differences include rotary machines being multi-purpose, allowing them to be used for both shading and lining by simply adjusting the needle depth, whereas coil machines can only be used for one or the other. Needle movement in the two machines is also exceptionally different due to the overall construction and method of the machine. Most artists find the rotary to be a smoother movement in comparison to the coil machine, but you’ll find diehard fans of both styles across the world.

Regardless of what shop you walk into, you’re bound to find an artist with a preference for one or the other. While some may own examples of both machines, you’re sure to see a favoritism, even if they say they do work with both styles. Which machine they favor, however, tends to vary by the style of tattooing they specialize in. Do you have a favorite?