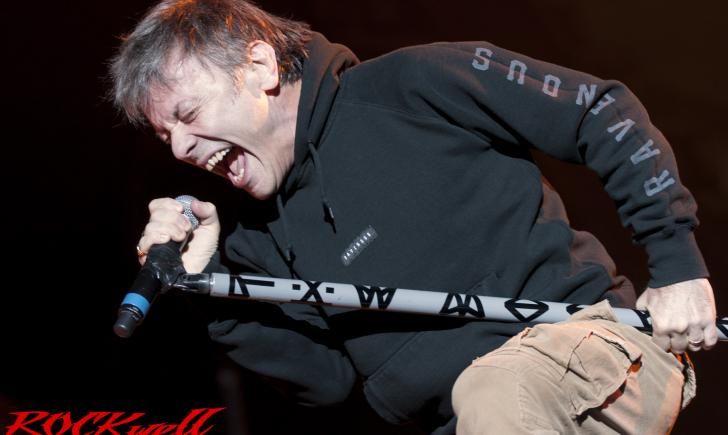 “Woe to you, oh earth & sea…” If you’re an Iron Maiden fan, you can easily finish the rest of the intro to the title track of their groundbreaking classic 3rd album released in 1982.  I was at my Aunt’s house in Madison, Wisconsin, July 1985, a day after Iron Maiden played the Dane County Coliseum (“World Slavery Tour promoting their 5th studio album “Powerslave”), when my cousin who had been at the show the previous night, introduced me to Iron Maiden by playing me the intro to “Number of the Beast”.  I was hooked.  Less than two years later in March 1987, Maiden was back in Madison, WI promoting studio album 6 “Somewhere in Time”. Yours truly, a zit-faced 15-year-old kid, talked his mom into buying a $14 ticket (+$4 in fees), and my life was changed forever.To this day, I judge other bands live performances based on that evening.  Sound, energy, engagement of the crowd – does the crowd, whether it’s five fans at a dive bar or 100k+ at a festival, leave feeling that they just experienced the best show they’ve ever seen?  Do they feel like I felt the first time I saw Iron Maiden?

Fast forward to April 15, 2016… The Forum, Los Angeles, CA.  Over the last 29 years, I’ve probably spent thousand of dollars on everything Maiden, from their albums to multiple pairs of Maiden high top and slider Vans, VHS & DVD videos, dozens of tee shirts, two Iron Maiden watches, and my “Piece of Mind” wallet that I still use as my primary wallet.

Every chance I had to see them live, I had done, but I had never photographed them before.  All of those live pics that I collected as a teenager, whether they were in their “Somewhere in Time” calendar I had hanging in my bedroom (alongside every inch of wall space covered with Iron Maiden posters) and all the shots featured in my favorite magazines, amazed and inspired me to be a great concert photographer, yet I had never even applied for credentials until last nights show.

I’ve done lots of things in the music business, from owning a record store, a bar that featured live bands 2x per week, to being the Editor in Chief and photographer for my and my wife’s PRINT and digital magazine, ROCKwell UnScene.  Every time Maiden rolled through town, I didn’t want to work the show as a photographer… I just wanted to experience it.  That changed when they announced their two (Sold Out!) shows at The Forum.  Several Iconic bands, both younger and older than Iron Maiden, are approaching or have already begun their “retirement” stage. Several music legends have passed away in the last six months, and Bruce Dickinson recently fought off throat cancer. Steve Harris started this band 40 years ago – it was time for me to get to work.

Before I totally lose your interest, I should quit making this all about me and get to the show.

Upon arrival, the first people I see are musical friends and fellow Maiden fanatics “Malti-Mel” and her husband Patrick who was parked next to me, now 3:30 PM. They had started their “Maiden” day with a drive past LAX to see “Ed Force One” in person.

The official tailgate party (how many concerts do you EVER go to that have “official” tailgate parties?) started at 4:00 PM, so I was early. Unfortunately, a concert ticket was needed to attend and I wasn’t able to pick mine up from Media Will Call until 6:00 PM.  I’m sure Malti-Mel, Patrick, and those who did attend enjoyed sampling some “Trooper Beer” and other adult beverages.

I didn’t waste all of my time sitting on my arse.  Without too much effort, I found three different male Maiden fans in their 20’s with Maiden tattoos. I took a few moments to take pictures of each of them and ask them who their artist was.

This Iron Maiden fan was tattooed by Justin at Third Energy Tattoo.

Alfonso, pictured above, was tattooed by Rico Canero from Cool Cat Tattoo in Rialto.

Iron Maiden doesn’t need any opening band(s), but they did have one for this (and other) shows on this tour.  They are the U.K.’s very own “The Raven Age” with George Harris, son of Iron Maiden’s Steve Harris, featured on guitar.  Musically, dad should be, and probably is, proud of son George and the rest of his band. Obviously it was an advantage for the band to have a member whose father created Iron Maiden, but I give huge props to Steve and all of the decision makers involved in bringing the band on tour for properly vetting the bands talent.

The Raven Age is legit. They are NOT a throwback 80’s “wannabe” band, but a modern hard rock band with some Post Hardcore elements. Iron Maiden does have a younger mixture of fans than most other bands from their era, which was/is an advantage for The Raven Age.  This show was in L.A. (where it’s still cool to be “fashionably late”), so they played to a half empty arena, but the younger Maiden fans seemed to be impressed, as was I.

Now it’s 8:50 PM… the show is scheduled to begin… but they push it back 10 minutes, which for me seemed like an eternity.  I was jumping out of my skin.  My all-time favorite band was about to take the stage and my first opportunity to shoot them in my 31 years of being a fan, was about to happen. Tick…tock…tick… and then the lights went out, the intro video started playing, and my hands were literally sweating in anticipation of shooting my first ever Maiden show.

I’m not going to give away the playlist for the show.  I don’t want to spoil it for those who want to be surprised, and for those who want to know, you can Google it.  I’ll say the first 2 songs were new songs off of “Book of Souls”, Maiden’s new album they dropped last fall that reached #4 on the Billboard 200 in the U.S. (#1 in many countries worldwide) followed by “Children of the Damned” from 1982’s “Number of the Beast”.  Those were the only songs I could shoot from the photo pit (the industry standard allows photography for the first 3 songs), then I had to take my photo gear back to my car, and re-enter to enjoy the rest of the show.

As far as my impressions of seeing and hearing the band close enough to be sweated on those first 3 songs, I was genuinely impressed.  Maiden’s stage sets, backdrops, and pyro are always stellar, but what was most impressive is how Bruce, whose throat cancer battle delayed most things related to the new album (including touring), sang with the power, freshness, and overall quality I had not heard in the previous decade.

He’s always been fit and highly energetic on stage – and he hasn’t lost a step.  His sense of humor and interaction with his fellow bandmates on stage is still an unexpected and fun part of the show.

Later in the show, as I was standing next to my assigned seat (there’s no sitting allowed at a Maiden concert), I got to focus on Bruce and witness his trademark onstage antics.  During “Hallowed Be Thy Name” he smacked drummer Nicko McBrain’s cymbals, in perfect timing, with the end of the noose he was wearing as a prop for the song.  Another time he tossed a stick that Nicko had given him to throw out to the audience – back at Nicko.

Then there was the time he took off one of guitarist Janick Gers shoes while he was playing ”Blood Brothers” and promptly threw it across the massive stage (the stage manager put it back on Janick’s foot, again, while he continued to play).  Whether or not any of these antics are a regular part of the show or were done “in the moment”, Bruce and the band clearly were not faking that they were having a good time.

Humor is one of Iron Maiden’s greatest on stage strengths – whether it’s Nicko raising up behind his kit to banter with one of the guys, Janick running around the stage with the energy and ear to ear grin of a naughty 12 year old boy, or the more subtle banter of Adrian, Dave, and Steve engaging with each other as if they were teens practicing in their garage.  Iron Maiden is one of the biggest bands of any genre, of all time – they still have a sense of humor and have kept the fun alive on stage.  It’s rare to see a band of their stature not take themselves too seriously and enjoy what they do.  It’s those little things that make a Maiden concert special.

As far as the band and how they sounded, Dave still loves to improvise and is still a master. Adrian is and has always been a technical genius.

There’s no all-time bassist better than Steve whose fingers should be insured for billions of dollars.

Janick is everywhere at all times but perfectly focused when needed and Nicko still chooses precision over power.  In one word, the whole band sounded “tight”.

Lot’s of bands from the 70’s and 80’s are still hanging on and touring, long after they should’ve quit. Some are finally quitting, long after they should have.  Iron Maiden is still incredibly vibrant and relevant.  They can flawlessly integrate five or more brand new songs into their setlist and not miss a beat with fans like me who’ve been with them for decades, while at the same time reach their younger fanbase. It’s part of what makes them relevant – they are proud to play and feature their new material.

Pick up “Book of Souls” today and do whatever can to see Maiden live wherever they are.  You won’t be alone if you have to travel internationally to see them. Maiden fans follow the band across the globe. I personally have a friend whose colleague flew in from India to L.A. just to see them. They are STILL that good. 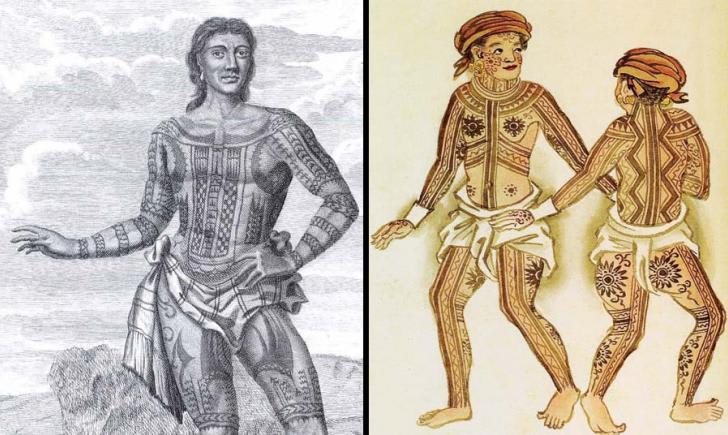 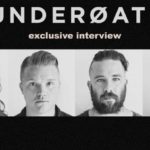