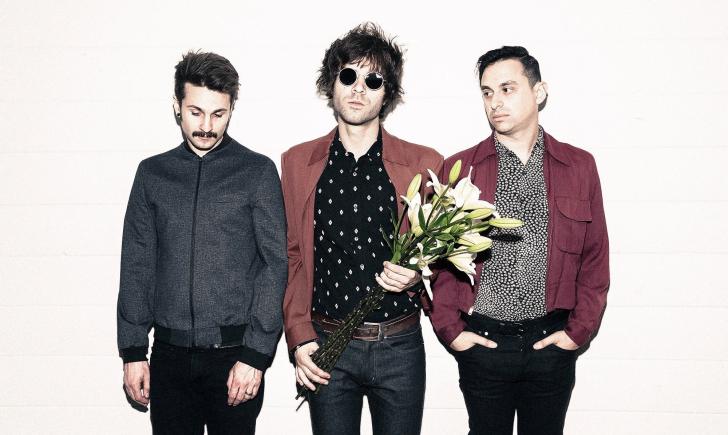 Paving the way for a new fan-based approach to music is the Phoenix-based band, The Technicolors. With a unique sound and an even more creative means of showing their fans they are grateful, The Technicolors are busy turning the music world upside… or perhaps right-side up, depending on who’s looking at it! I got a moment to catch up with Brennan, lead singer for the eclectic band, and chat about house shows, the band’s writing process, and, of course, their ink.

First and foremost, let’s knock out the usual formalities. For those who don’t know, could you please introduce yourself to our readers? Who are The Technicolors?

We are a band from Phoenix, Arizona. Sean plays guitar, Nico plays Bass, and I (Brennan) sing for the band and play guitar.

Could you explain a little bit about your upcoming album, Metaphysical?

It’s something we’re really proud of. It’s a much more dynamic piece of work from front to back, compared to our other EP’s, and it just feels good to have made a full record. Thematically – musically and lyrically- it really represents where we’ve come from, and what we went through to make this record. The everyday struggles and triumphs of being in a rock&roll band in 2017.

I really enjoyed reading your letter to family/friends/fans that is posted on your website. You said, “I am a musician in an independent rock band in 2017 that people in the so called “industry” have a hard time defining because we don’t have an easy, two-word niche-genre that we can put on paper and describe to some agent or promoter… instead we just sound like us.” Was there a specific incident(s) that caused you to pen this line? Do you find you have a harder time selling your sound because it isn’t quite so easy to define?

I think growing up in an age where music is shared so easily, and so many bands / artists  / labels alike are trying to compete, everybody is quick to chime in and tell you what they think you should do. What path to take. When really we just want make music and say what we want to say. We’ve run into that so many times… People want you to do all the explaining for you, verses taking time to listen to it and define what it means personally, if it means anything at all. I would rather take the time it takes in this day & age to surround myself with the people that compliment and challenge us in ways other than coming up with a two-word genre to fit in a buzz blog.

Can you tell me about these “House Shows” that you describe on your website? How did this concept come to be?

The initial concept came from an idea I had to get out of town and take a trip to reset before our record comes out. I wanted to reconnect with the things I love about life – traveling and playing music – personally, before our record came out and we devote the next year or two to that. At some point that turned into the idea of combining that with the people that have shown us continued support over the years, and finding a way to go do something special, and in person – not just over the internet. So we put this concept out there, and didn’t know if anyone would respond or want anything to do with it, and we were shocked by the response. Playing personal, private shows in the livings rooms of the people that we feel are closer to us, as well as letting them hear songs from the new record that isn’t out yet. It’s a really amazing experience. We’re 8 shows in and it’s been absolutely amazing so far.

You seem to have a very unique style—both fashionably and musically—where do you find your draw your inspirations from?

We like a lot of 60’s alternative music … so a lot of it comes from that I think – But really we all just love so many different kinds of music, just bridging those gaps alone is something that I like to think creates something new that feels like us.

Could you tell us a little about your creative process? I understand you’re a three-piece—are you all equally involved or is the process spearheaded by one person?

We’re equally involved. Sean and I do most of the writing, and musically we tend to like to be in a room together with a drummer, and other musicians if possible. That’s where the best stuff happens. The stuff that just comes from gettin’ in a room and havin it.

What can fans (and future fans) expect to see from The Technicolors this year?

A lot of touring.

As a writer, I experience writer’s block. As musicians, is this a problem you ever face? If so, how do you break through it?

Yes, I face it by writing about it. It also helps when you’ve got other creatives / writers around to collaborate with.

As we’re a tattoo-focused publication, let’s talk about tattoos for a minute. Do any of you have ink? If so, could you give us a little insight into what you have and what it means to you? If not, is there a specific reasoning you’ve remained ink-free?

I don’t, but Nico does. I don’t have a specific reason… it just hasn’t happened yet. I’m not sure if it will. But I’m not sure that it won’t either…

A quick read of your website or facebook page will give insight into how much your upcoming album, Metaphysical, means to you. Can you tell us a little about what you’re hoping fans take away from the album?

Something real. Something melodic, flawed, sneaky… something wild, that’s a true glimpse of this band, pressed onto vinyl.

Do you have any closing remarks, information, or statements that you would like to pass on to our readers—your fans and potential fans? 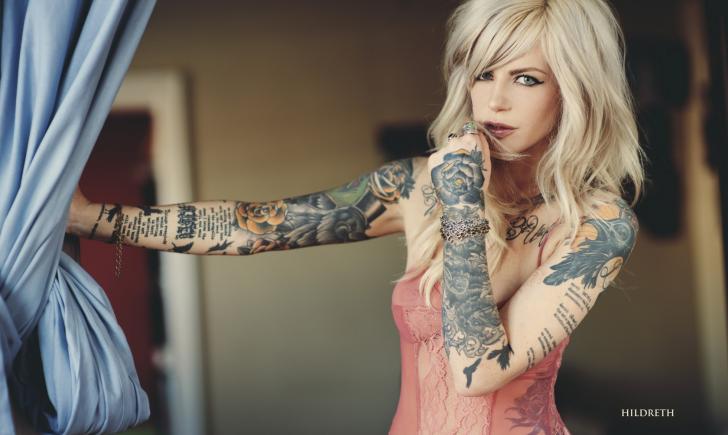