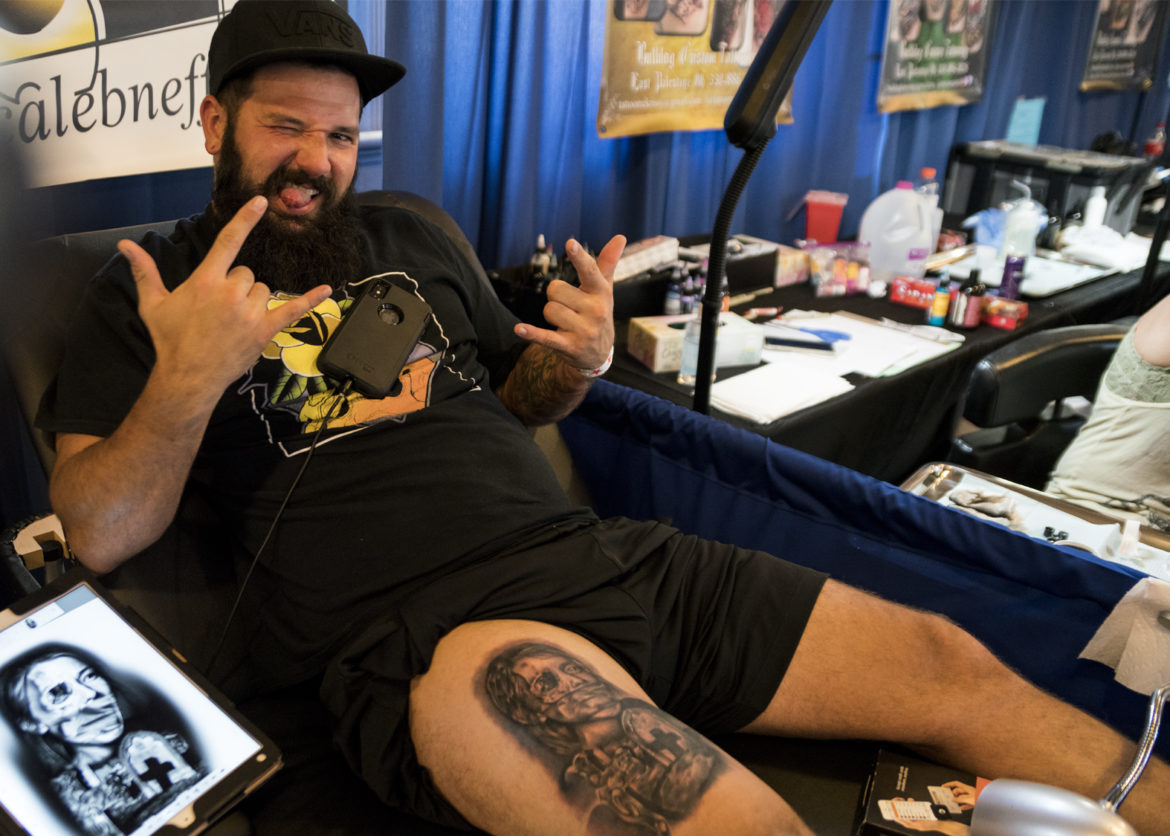 We’ve admired the art of Caleb Neff for several years – most of it in the form of beautiful tattoos on his Rockstar brother Ryan Neff, bassist for the Metalcore stalwarts Miss May I from Troy, Ohio, whom we’ve interviewed several times the past five years.

More recently, talking with other musicians, not related to the Neff’s, Caleb’s name has also come up several times in conversations about who they admired as tattoo artists.   So who is this Caleb Neff guy we’ve heard all about and have been seeing work from years and when would we see him in person? 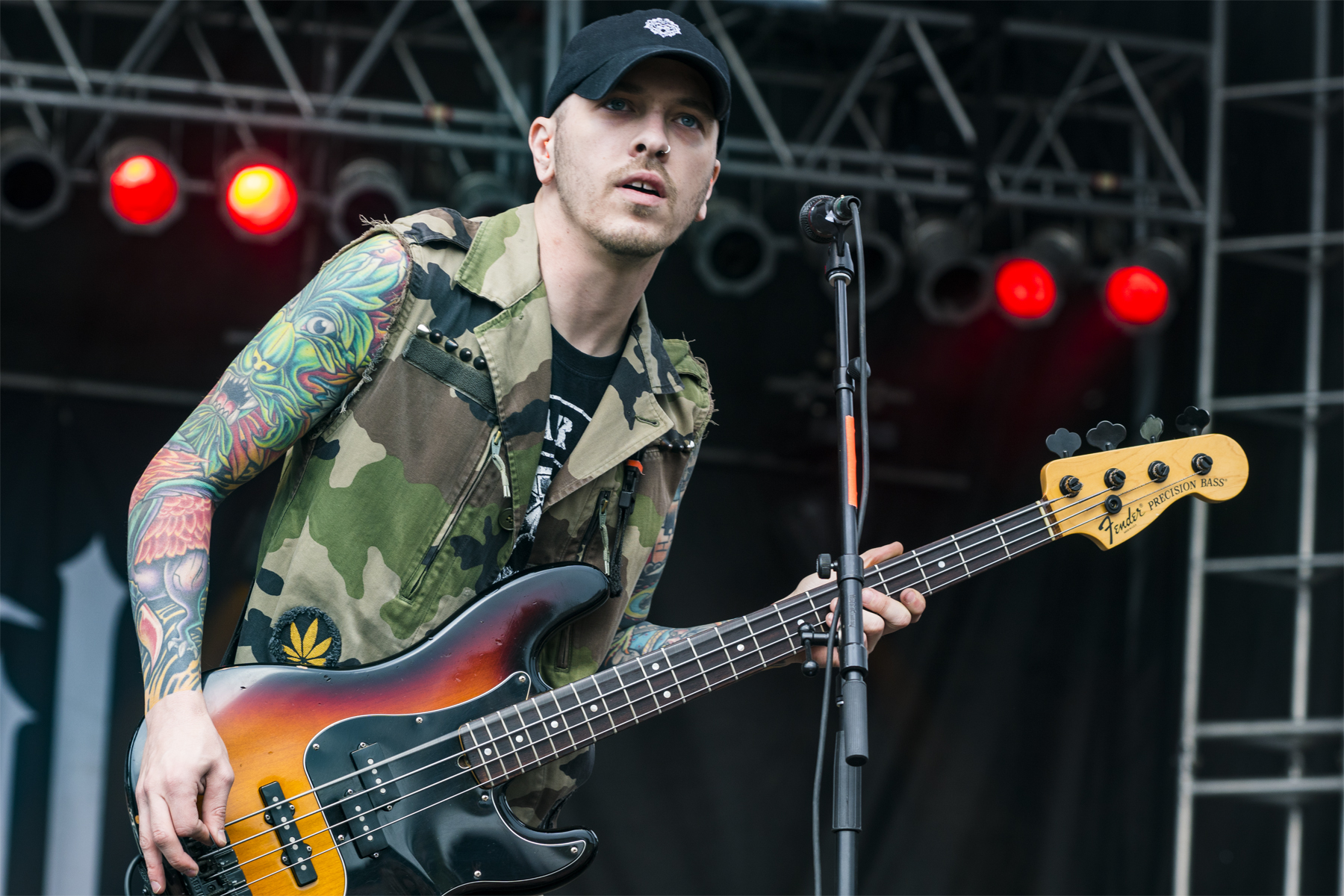 Ryan Neff, bassist for Miss May I at Northern Invasion 2018

We didn’t know until we ran into Ryan at the opening of “Inkcarceration” music and tattoo festival at the filming location of “The Shawshank Redemption” in Mansfield, Ohio.  Miss May I was not playing the festival so we were a little surprised to see him. He had just finished a session with Caleb on site and was wrapped up and burning time until the tattoo contest judging would commence a few hours later.

What did the judges think?  Who is Caleb Neff?  Get the answers when you watch and listen as Mischievous Mel talks with Caleb at his booth at Inkcarceration 2018. 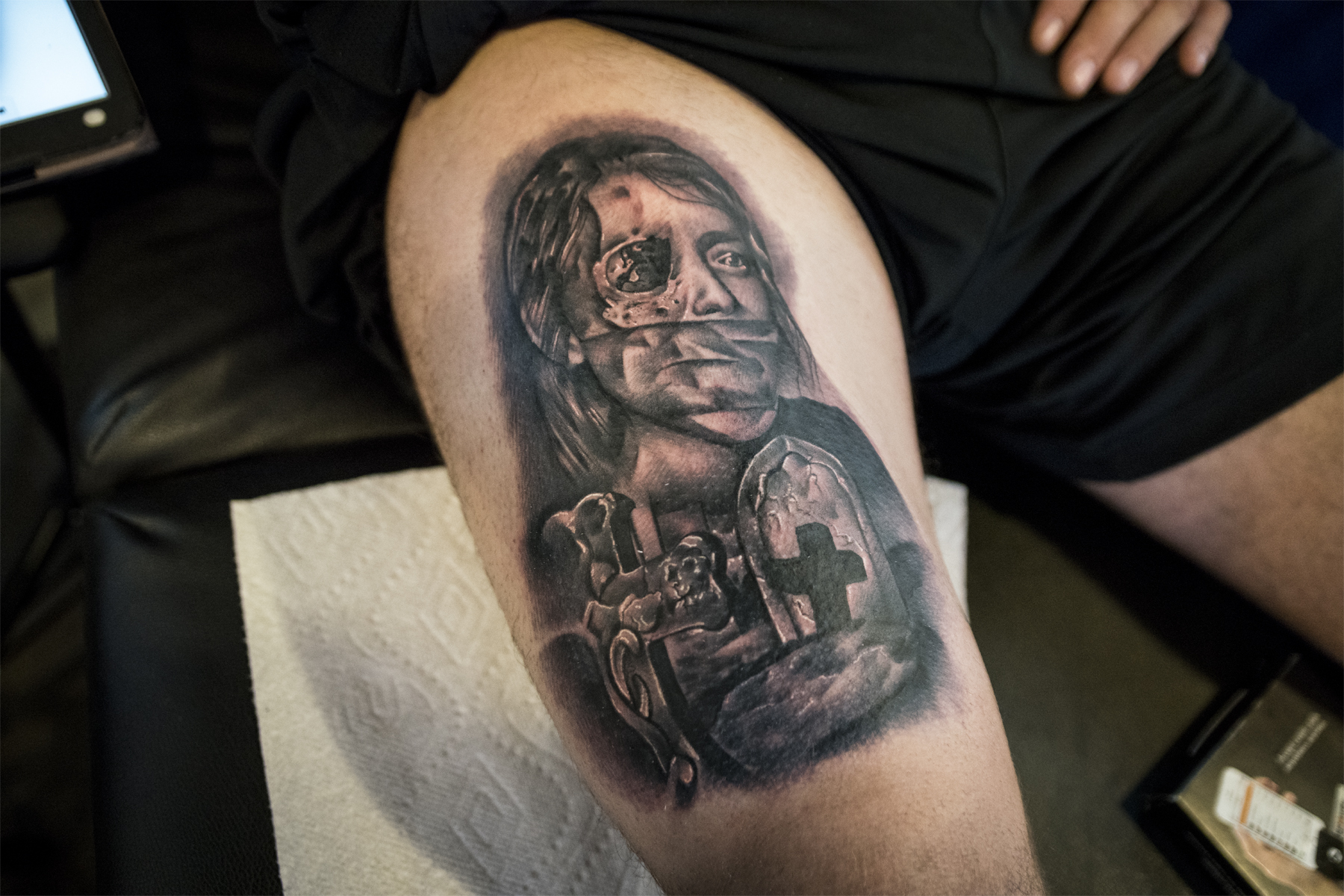 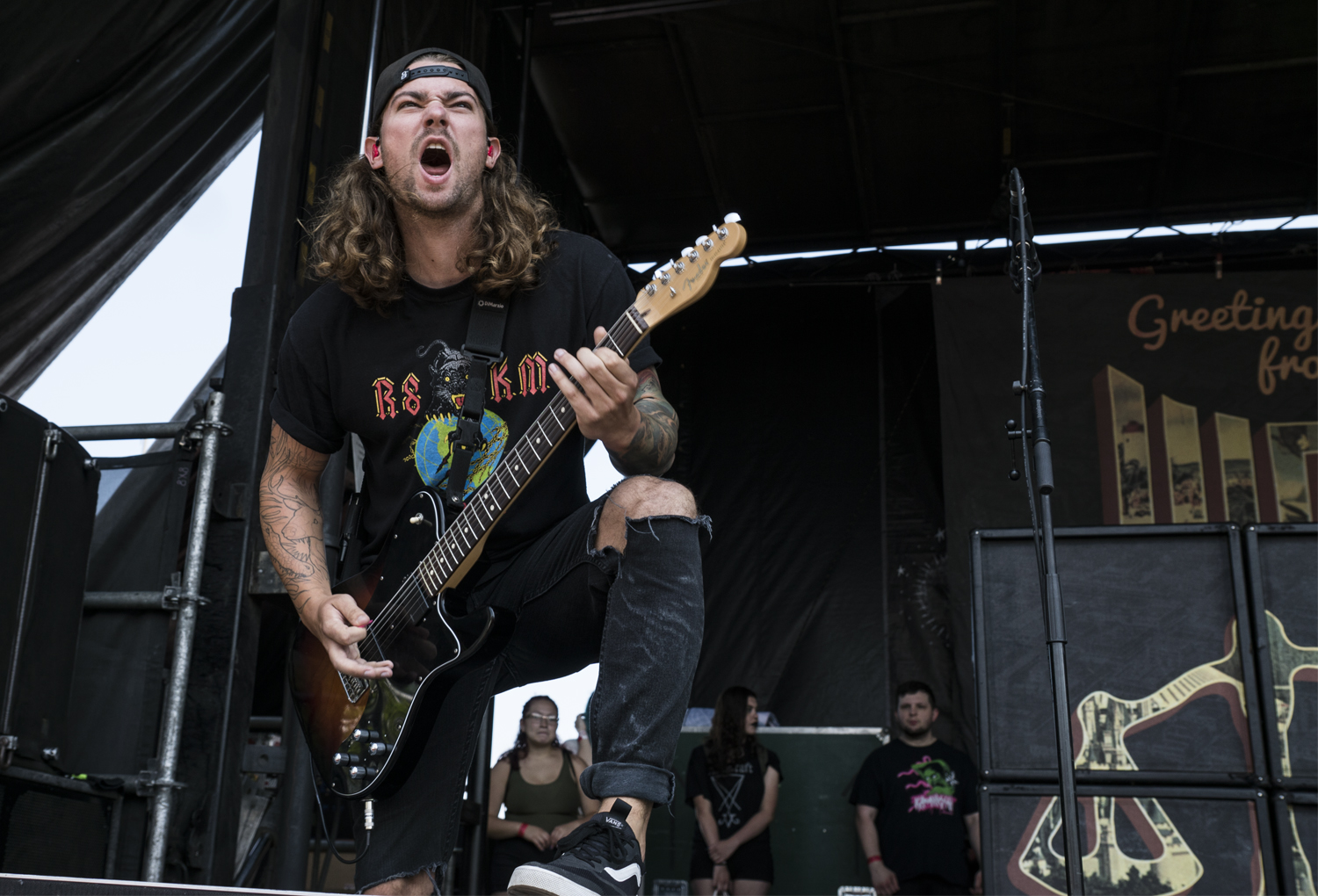 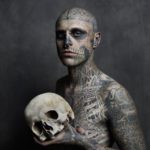