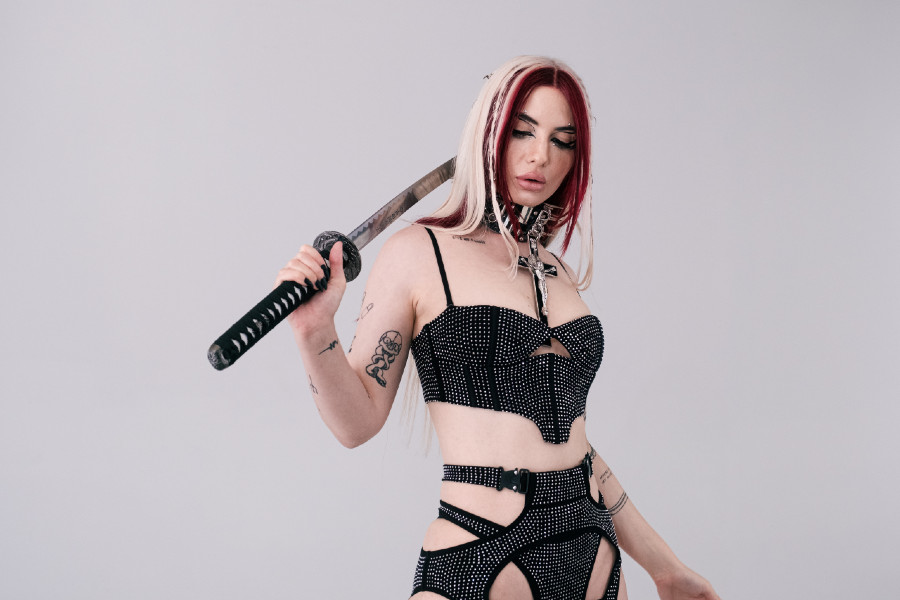 Explaining her transformation, Patient X shares, “I was once human, like you. I was under their control, the harder I fought, the worse it got. Every word I spoke, every step I took, all of it, was preordained. I was molded, twisted, shaped, into ‘their’ version of the perfect human, the perfect artist, the perfect woman.”

Patient X goes on, adding, “They offer you the future, peace, happiness. What they’re really offering is the removal of your humanity, loss of control. They wanted me to be compliant, obedient, they thought this was their solution to deal with me.

“But they didn’t realize what they’d done until it was too late. They’ve removed my humanity but gave me so much more. Power beyond imagination. They thought they could control me, but now, I have the power.  And now..  I’m out for blood.”

Having progressed beyond her biological state, Patient X, sans emotions like remorse and pity, has set her sights on a course of pleasure and destruction unlike anything the world has ever seen, felt, or heard.

Taking extreme caution, Tattoo spoke with Patient X to discover more about her objective, how Patient X’s colossal and unique sound developed, and her ink.

Lucille.. Or should we call you Patient X? Thanks for taking the time and congratulations on the new release. How’s your mood today?

Patient X is one of my many personalities, so either is fine.  I’m fantastic.  Fresh out of the lab, out of the clutches of BAD WOLF HQ, and ready to seduce and destroy.

You’re clearly motivated and on a mission. What’s the endgame, now that you’ve evolved into your posthuman state as Patient X?

The ‘Patient X’ EP is essentially a mission, so once my mission is completed and my bloodthirst is satisfied, I’ll start to work on the next chapter of the story.  I’m very excited to curate the live shows over the next few months, in the post-human character!  There will be more bodies of work in the future, more missions, more characters.

How would you describe your musical style to those who haven’t discovered you yet?

Industrial, heavy, twisted (but in a fun way), cyberpunk electronic.  I’d say it’s on the weirder / darker side of electronic music.

The five tracks on Patient X blend ferocious elements of pop, industrial, and electronic, resulting in a potent, edgy sound. Walk us through your mindset as you prepared this EP.

Each song is essentially a ‘mission’.  The first song ‘Post-Human’ is the soundtrack to my escape from the BAD WOLF HQ lab.

‘Seduce / Destroy’ is the rampage of pleasure and destruction, fresh out of the lab and ready to seek revenge and have some fun with all of the new power!

‘Kill The Machine’ – the ‘machine’ is BAD WOLF HQ, and on a wider scale, a subtle homage to Rage Against The Machine, and wanting to destroy those who try to oppress and control.

‘Out For Blood’ is a song I wrote when I was very angry.  It’s the song where Patient X goes into a frenzy of red and rage.

‘More Blood’ is a reprise for ‘Out For Blood,’ Patient X still isn’t quite satisfied, but she’s close.  I thought it was the perfect song to close the EP.

Storytelling is a huge part of my music, I see music as a form of escapism, and I want listeners to be able to immerse themselves into an entire world of my music, where there are characters, stories, music, and much more. 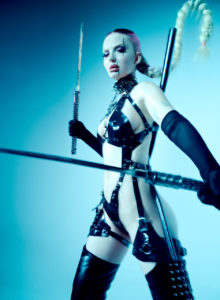 Is your style deliberate? As in, did you always plan on making this style of music? Or is it something that evolved and came out naturally?

It’s just been a gradual progression.  I started out as a hard techno DJ, and I’ve evolved to my current style as I’ve grown as a producer and artist and figured out how to channel my biggest inspirations.  By background I’m actually more of a metalhead – in my music, there’s a lot of inspiration from crossover bands including Nine Inch Nails and The Prodigy, who fused the genres of electronic and rock/metal in such an innovative way.  That’s something I’ll be exploring more as I grow as an artist.  I’m sure my style will continue to evolve as I do.

We’re told this is a manifestation of fierce independence and womanpower. Would you consider music to be your preferred source of expressing that ethos?

Yes.  Music is my most dominant form of self-expression.  It’s my way of expressing myself, an outlet for my emotions, an escape from reality, a way to story tell and showcase my many personalities and characters that live inside me, and it’s something that truly makes me feel empowered.

What are some others?

Aside from music, I have other creative outlets.  I creatively direct, I style, I do fashion design.  As long as I’m creating, I can stay relatively sane.  I’d like to think that I embody my ethos into everything I create.

What’s a piece of advice you’d like to give to all aspiring female creatives around the globe?

Be prepared to FIGHT.  Fight for your art, equality, and your rightful place.  It’s not easy, but it’s absolutely worth it.  Be sure to have thick skin, and don’t give up.

We consider tattoos to be a truly honest and vulnerable aspect of artistry. Tell us a little bit about your ink. Which is your favorite and why?

Honestly, it changes each day depending on my mood.  I love my Pixies tattoo ‘where is my mind’ because I genuinely have no idea.  I love my ‘ sad/mad/bad’ tattoo because I feel it depicts my only 3 moods.  I love my Megalodon jaws because I think they’re the most fascinating creature to ever exist, the most perfect alpha predator to ever live.  I’ve ended up going with the style of a series of small pieces, and each does have a meaning or a story.  The body is like a canvas, so each little piece feels like I’m adding a piece of art to myself.

What would you say to those that are worried about “what others might think” if they get some ink?

Life is short and then you die, why not enjoy some body art?  Tattoos are a temporary pain for a permanent pleasure.  I much prefer my appearance with my tattoos, and in a way, they feel like body armor to me.

Are there any artists that you’d recommend for our readers to check out?

Bad/Love – the Melbourne-based band featured on the song ‘Kill The Machine,’ they’re amazing.

Wargasm – a UK duo band that I absolutely love.

TINYKVT – an up-and-coming LA-based producer and vocalist who featured on my song ‘Misery.’

AWAY – another LA-based producer, who makes some beautiful dark, electronic haunting music.

Congratulations on recently securing your US VISA. What can your fans stateside expect from you in the near future? Hopefully some shows (fingers crossed)?

Thank you!  I’ll be heading over to the US around May, where I’ll be hitting the ground running with some epic festivals.  Bonnaroo and Forecastle Festival are the only two that I believe are announced so far, but I will say that there are a lot of exciting things to announce over the coming months with touring! 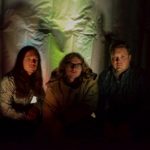