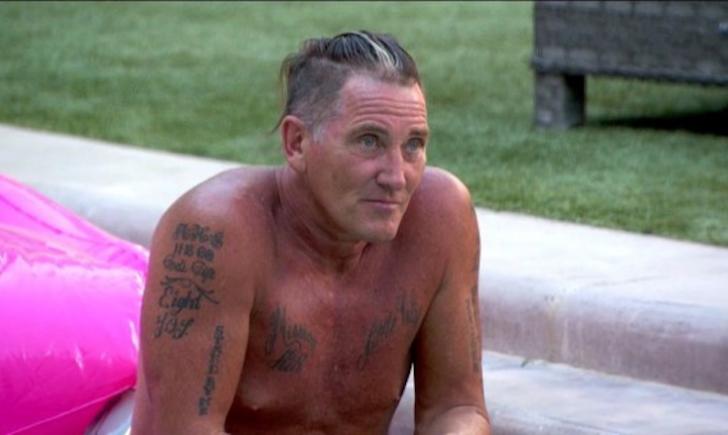 If you don’t know the CBS Reality Show, Big Brother, then you’re missing out on one of the best reality shows out there. With a hefty share of paranoia, lies, back-stabbing, and showmances, the contestants spent a whopping 91 days in the Big Brother house cut off from the real world for the chance to win $500,000. I got a chance to chat with Kevin who made it for Final 4 without winning one competition all season so he must have been doing something right 🙂

Kevin and I spoke the morning after the Mass shooting in Las Vegas and Kevin couldn’t help to express his sadness for this country. “So so very sad. I just don’t understand why anyone needs an Assault rifle. You can’t even hunt with an Assault rifle, it can only do bad in this world and that was proven last night”.

Kevin and I went on to talk about what turned out to be the craziest most volatile season of Big Brother yet. Kevin was the oldest person in the house and I’m talking 30+ years older so he felt he came in with a disadvantage and did he best to be likable and be social with everyone. Unfortunately, Kevin eventually became targeted by multiple house-guests. They spoke horrible about him, isolating him from the rest of the house. One of the contestants, Alex Ow, went as far as to throw away slop so Kevin would go without dinner. If you don’t watch Big Brother, Slop is a gross oatmeal type food that you are stuck eating if you are chosen to be a have-not. It’s ALL you can eat for that week. In my opinion, they were unnecessarily cruel to Kevin.

When we talked about how he was treated in the house, Kevin expressed that “My kids are very upset with how I was treated in the house. I refuse to watch the show, it’s too upsetting. For the first time I put a clip on last night, it was 7 minutes and 18 seconds and after the first couple minutes, I had to turn it off. I couldn’t believe they were making up these lies and would say when he comes down here say something to get him going.” Kevin held his cool for 89 days, only getting into 2 arguments and that alone is very impressive considering the things they were saying to Kevin. They made headlines several times this season and one time in particular when contestant Jason Dent joked about raping Kevin’s wife. “TMZ has reached out to me several times but I still to this day have not spoken about that, I don’t know what to think about that, I am so hurt”. Kevin asked me to not go into detail about how his family is dealing with these comments but they are definitely affected and hurt beyond words. He was also very upset to hear he was referred to by Alex Ow as a “child molester”. “What about someone that was truly molested? And to make that up about a father of 7, I was nice to everybody there.”

Kevin even went on to tell me about how he would have long conversations with Jason about their past and Jason would tell him about his exploits (with women) in college. Jason went on to talk about his wife and about their intimate relations and what they do behind closed doors. Kevin reminded him that the cameras are on 24/7 and that its best to not speak about your personal life with your wife. Jason thanked him profusely for having his back which Kevin feels he always did (when Jason obviously never had his). Kevin was known for inviting everyone to Thanksgiving at his house and he made it clear that the invitation list has changed since learning what was really said about him this season. “Let’s just say, not everyone is invited to my house for Thanksgiving anymore”

He went on to say that you should never joke about serious things such as child molestation, rape, etc. and that he thoroughly does not understand why any of this was even aired because he felt by airing this footage it somehow makes it seem “ok” to say these horrendous things.

On a lighter note, Kevin cannot believe the outpour of support he has received and that he has become somewhat of a Public Figure on Instagram and Twitter. He also came in close second to be ‘America’s Favorite Player’. Unfortunately, a houseguest that was evicted early on (Jessica Graf) was rallying up votes for her boyfriend, Cody Nickson who took home America’s favorite player prize. “I have no animosity toward Cody but I just don’t think its done fairly. He went out 6 weeks before the finale, I am 35 years older than everyone in the house, made it to final four and didn’t even go to the jury house. I heard Jessica was doing giveaways and rallying up votes nonstop for Cody. I had no social media before this, I mean at all. I didn’t even know how to text on my phone. And to come down to five million votes each with just a couple thousand difference, I just don’t understand.”

With all this being said, Kevin is proud of himself that he made it this far especially with all the odds stacked against him. He can’t say enough that being 35+ years older than all the other houseguests made it very difficult to stay social and “hang” with everyone. “They would stay up till 3am talking about stuff I just can’t relate to. I’m too old for this so I stayed in my bed reading the cereal box over and over.” Also, he never watched the show so he didn’t know what to expect. He said most of the houseguests knew what competitions were coming up and knew how the game worked. Kevin, on the other hand, adapted as best his could to what I feel was the hardest season in 19 years of Big Brother. But would he do it again? “Yes, I would do it again. I said I wouldn’t while I was in the house to not be a target but I would do it again. At least this time I would know what to expect and what I’m doing”. And if Kevin had to pick someone from any season to join him, he could be none other than Frankie Grande. Yes, Ariana Grande’s brother. And his reasoning? “I met Frankie recently and he was really nice to me and I think Frankie would have my back and not talk badly about me, well at least I hope he not. Hey, you never know! We may be looking forward to a possible duo between Frankie and Kevin in Season 20 of Big Brother. I mean the motto is ‘Expect the Unexpected’.” 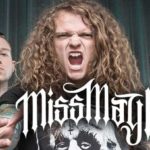