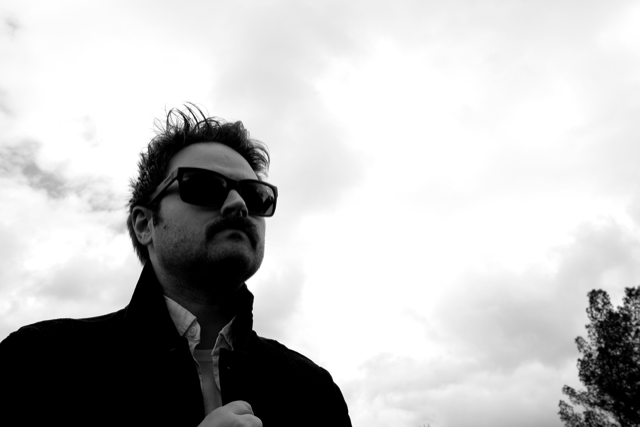 Former Awolnation bassist David Amezcua, also well-known for his work with Hoobastank and Under the Influence of Giants, returns to the limelight with his new solo project ZIMINY.

ZIMINY recently dropped the first single, “She (Zoey Deutch),” from the forthcoming album. The song reflects the retro ambiance of the ‘80s, blending surf and R&B elements reminiscent of the Beach Boys, Toto, and Bill Champlin of Chicago.

Speaking to the project, Amezcua says, “Professionally, my instrument has always been bass. But piano has remained as my first love. It feels good to get back to it. Sitting back down to write songs on the piano, the first one I wrote was ‘She (Zoey Deutch),’ so it felt appropriate to make it my first offering. Ironically this song literally has nothing to do with Zoey Deutch, yet everything at the same time.”

Tatoo.com spoke with David Amezcua to find out more about his new project, his influences, his love for the piano, and his tattoos, as well as what he’s listening to these days.

To be honest, I probably hit “I Wanna Dance with Somebody” more than any other song in the shower. “My Endless Love” in the car. The Lionel version, not Mariah Carey. I don’t want no scrubs.

What a blistering question… My go-to answer is Toto because it’s been tattooed on my forearm since birth essentially, but I also have to say Chicago as well. So it’s a tie and has been tied since I was a teenager.

When I was all but a wee young lad, my older brother played the guitar, shredding bands like G’n’R and Poison. I wasn’t that interested until one day when I heard Metallica’s Black Album coming from his room, and I dove headfirst into music. I stole that cassette tape, which I still have to this day. Later on, I discovered things that made me want to branch out from ripping guitars and that’s when I found my love for piano. Steely Dan, Elton John, Chicago, Toto, Queen, Genesis, Beach Boys, and The Doors are among the artists that inspired that musical shift.

I love session players. That’s actually where my obsession with Toto began, as they are all these incredibly gifted session players who played EVERYTHING you’ve ever heard from the 1970s-90s. My mom and dad were also very big musical influences in my life as well. My dad performed mariachi music his entire childhood, and my mom is a really gifted pianist. So music was always a thing in my house growing up.

What music are you listening to right now?

I am really digging The Beach Boys again. Brian Wilson is just such a genius, and I love how he took his influences and created this beautiful beast. I am also on a Phil Collins tip as well.

What’s the story behind the name ZIMINY?

It sounds weird but I like names that either start at the beginning or end of the alphabet. ZIMINY was a word I kicked around for a little and I just liked it. Wish that story was more exciting! 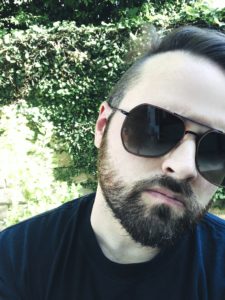 What inspired your new single “She (Zoey Deutch)?”

I sat down at the piano and started playing what became the intro part, and the lyric “She’s my one telephone call” shortly followed. It sparked this conversation with myself:  “If I were in prison, who is my one telephone call?” As I pulled further on that thread, the song naturally revealed itself to me. My wife is definitely the inspiration behind the track, although her name just didn’t jive with the hook. Long story short, Zoey Deutch became my perfect, fictional muse for this track. She’s funny, she’s lovely, what’s not to like?

You’re primarily known as a bassist, i.e. with AWOLNATION. Now all of a sudden you’re a pianist. Have you always played the piano or what?

Back in the ’90s, I was very much into metal and hardcore punk before I discovered the hippie era. Then I dove headfirst into bands like the Beatles, Chicago, and The Doors. That made me want to play more refined instruments like the piano. So around age 13, I started playing it.

Do you have any ink? If so, what significance does it carry?

Ha yea, well I already mentioned the Toto tattoo on my forearm.

One day on tour with Awolnation, Aaron Bruno, Kenny Carkeet and I went out to get Awolnation tattoos. They both bitched out. I got mine. Pretty sure it was the first Awolnation tattoo on earth. I love it to this day though, it reminds of nothing but all the good times, and isn’t that what ink is supposed to represent typically? I have a couple of other pieces and plans to get more.

We go on walks and bike rides to maintain our sanity. It’s been important to get outside. My wife, three kids and I have tried to appreciate the time together as a family. And we have one friend family that we have seen exclusively throughout the pandemic to have some sense of normalcy. Making music has also been a nice distraction. Other than that, we’ve been following the guidelines and trying to stay safe and well. It’s been really sad to see the effect this pandemic has had on the world, and I hope it all comes to an end soon.

What’s the worst decision you ever made as a musician?

I was just having this conversation with my buddy, and if you look at a decision as potentially “the worst” decision, you may never make a decision again as long as you live. I consider them learning experiences, or building blocks. Ice Cube said it best, “You can’t teach until you learn.” Every musical decision I have made has gotten me to this very point. I am beyond proud of the new album I am going to be releasing soon.

Looking to the future, what’s next for you?

A new full-length album! I have about 10 songs almost in the can for ZIMINY. Please keep an eye and ear out. 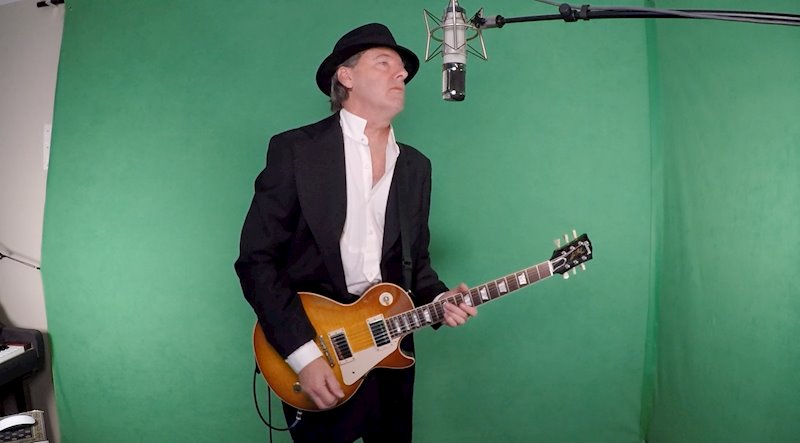 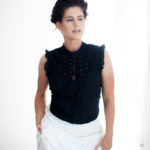